Accessibility links
Listeria Outbreak: Why More Of Us Didn't Get Sick : The Salt It's likely that the number of people who ate cantaloupe contaminated with listeria far exceeds the number of illnesses and deaths reported so far. So why aren't more of us sick? When it comes to vulnerability to food-borne illness, factors like age, stomach acid and the common cold can all come into play. 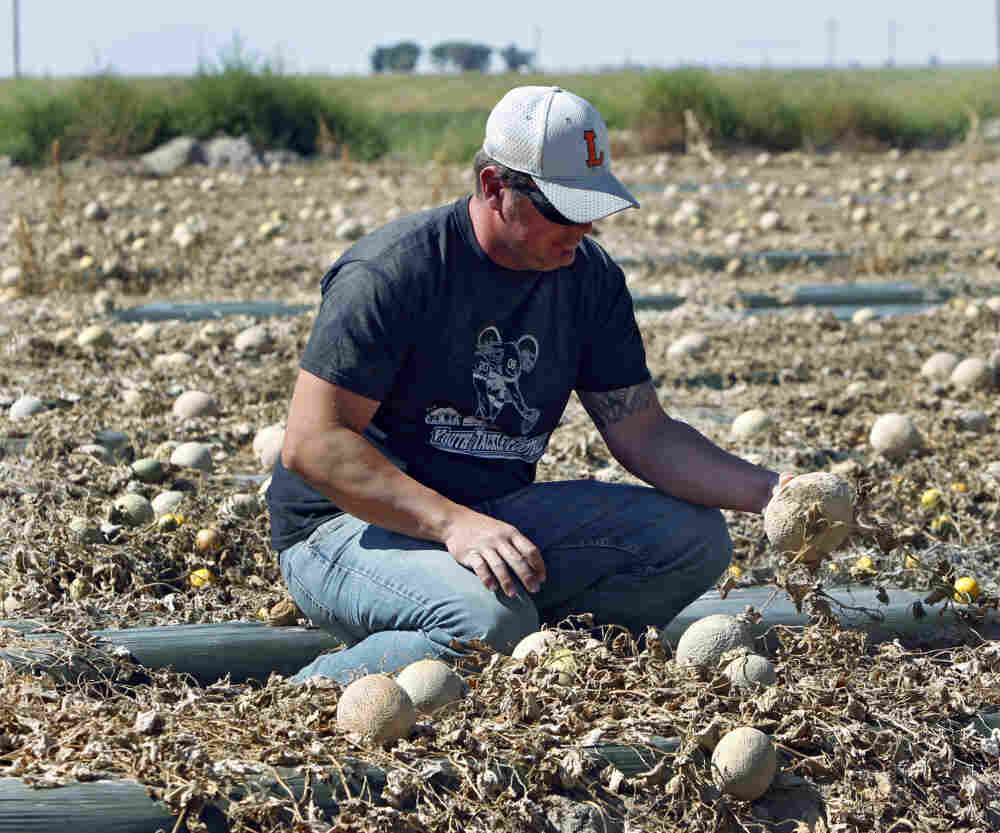 Eric Jensen examines cantaloupe on the Jensen Farms near Holly, Colo., in late September. The FDA recalled cantaloupe grown on the farm after connecting the melons with a deadly listeria outbreak. 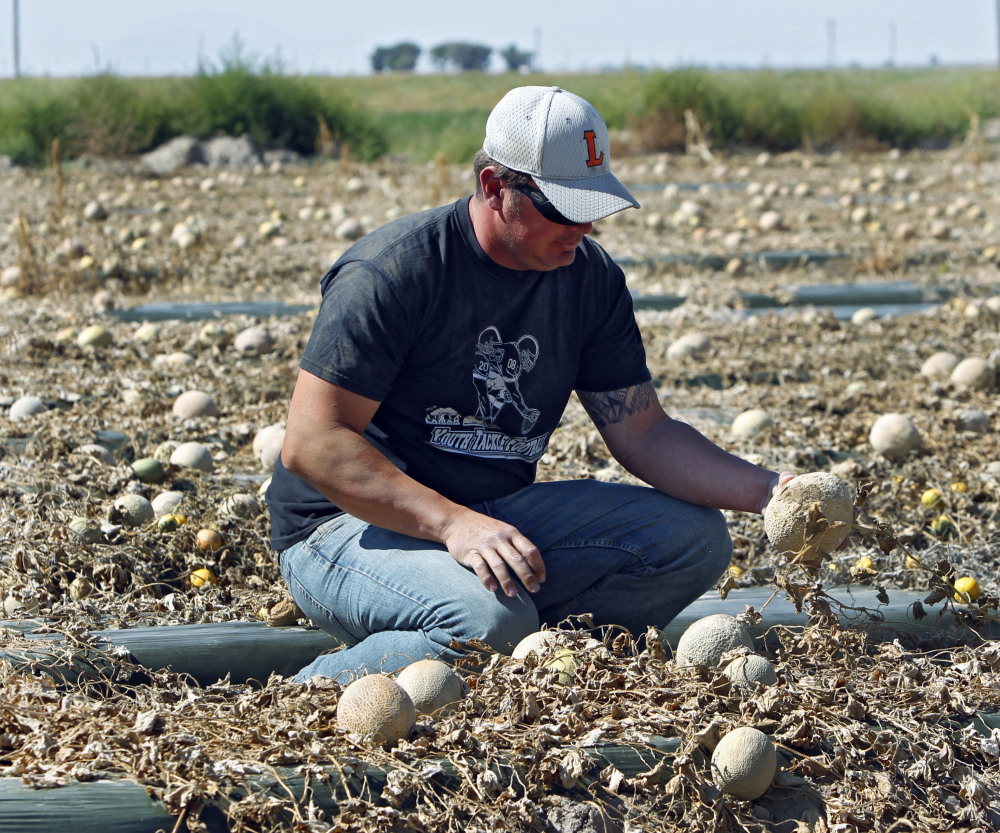 Eric Jensen examines cantaloupe on the Jensen Farms near Holly, Colo., in late September. The FDA recalled cantaloupe grown on the farm after connecting the melons with a deadly listeria outbreak.

I ate a lot of cantaloupe in the weeks before a listeria outbreak led to a recall in September. And probably like many of you out there, I found myself wondering: Is there any chance that I ate some of the contaminated melons?

"Probably a lot of people ate this cantaloupe," Don Schaffner, a food scientist with Rutgers University, told me. "And a lot of people probably ate lots of (bacterial cells of) listeria."

Though thousands were likely exposed to listeria, the number of reported illnesses is significantly lower — 109 confirmed sicknesses and 21 deaths, according to the latest CDC count.

The median age of the cantaloupe victims who were hospitalized was 79. There were also a few pregnant women. But younger, healthier people seemed to have been spared. One explanation? Experts point to what's happening in our stomachs. Ideally, we have lots of acid in our stomachs. And when cells of bacteria enter the stomach, they don't find the environment too hospitable.

"The bacteria come in and in many cases, they'll die in the stomach," says Schaffner.

But when acid in the stomach is altered, studies find that people seem to be more susceptible. For instance, taking medicines to reduce acid reflux appears to increase the risk of stomach bugs.

"We do know that people who eat a lot of antacids or who are taking proton pump inhibitors are at higher risk of food poisoning," says Schaffner.

There's another way the immune system of healthy people can protect against food-borne pathogens. Soon after bacteria — such as virulent strains of listeria — invade our gut, white blood cells are sent to the scene. Each one acts as a little foot soldier battling it out with the cells of listeria.

"The job of that white blood cell is to turn itself into its own killing machine," says Ross Kedl, an associate professor of immunology at National Jewish Health in Denver. The white blood cells help grind up the bacteria that get inside the cell.

But as we age, our immune systems don't seem to mount this response as quickly, Kedl says.

There are many other factors that may increase our susceptibility to food-borne illness — for instance, when we're fighting a common cold.

"Viruses alter immune response," explains Erwin Gelfand of National Jewish Health. And when we're sick, we may not be able to handle the additional attack of pathogens as well. Gelfand says conditions such as Vitamin D deficiencies and stress may play a role, too.

Finally, there's the business of eating habits. Rutger's Don Schaffner says when you buy cantaloupes and other fresh food, don't wait too long to eat it.

"One of the interesting things about listeria," says Schaffner, "is that even in the refrigerator, the organism will grow and multiply."