Accessibility links
Facing Planetary Enemy No. 1: Agriculture : The Salt A new study looks at whether we can feed the world without destroying the Earth. The answer is yes, but how to make it happen is complicated, and will require big changes in the way we practice agriculture. 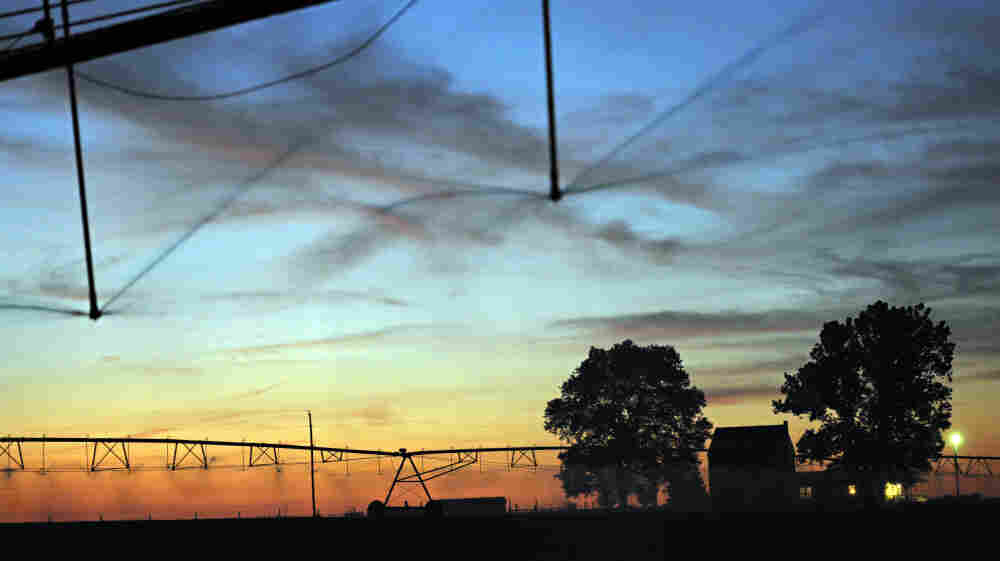 Early morning view of an automated irrigation system in on a farm in Sudlersville, MD 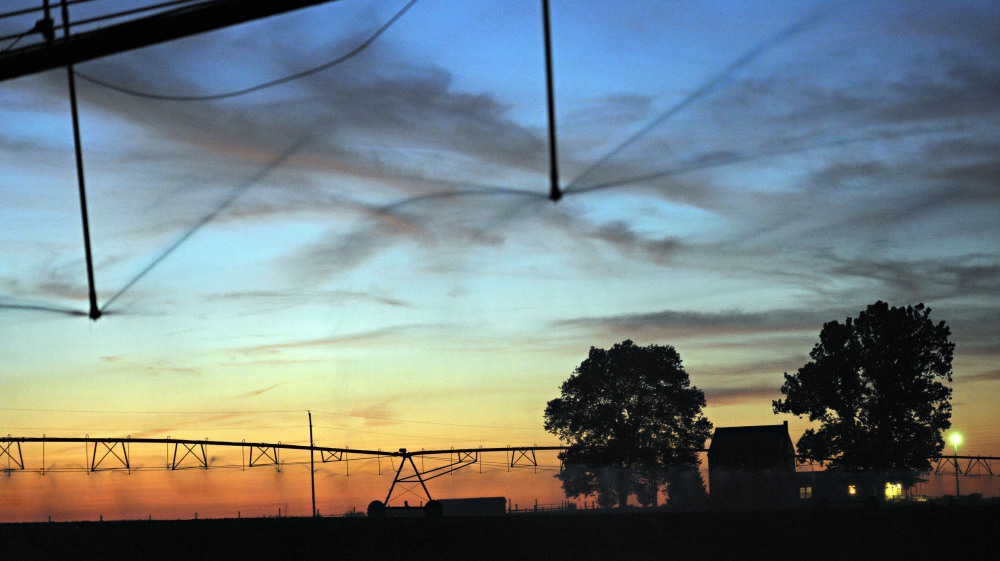 Early morning view of an automated irrigation system in on a farm in Sudlersville, MD

For the past 200 years, ever since Thomas Malthus published his Essay on the Principle of Population, big thinkers have been wondering whether Earth-dwellers will eventually run out of food.

Today, a global group of scientists released a fresh look at the question. They add a different, environmental twist to it. Can we feed the world without destroying the environment?

It's a good question, because agriculture is probably the single most destructive thing that humans do to the earth.

Consider: Cropland and pasture now cover 40 percent of our planet's land surface; farming consumes nearly three-quarters of all the water that humans use for any purpose; farming accounts for a third of all the emissions of greenhouse gases that humans release into the environment. (Those greenhouse emission come from clearing forests or grassland for crops, the emissions of methane from rice paddies, and the conversion of nitrogen fertilizer into nitrous oxide — a powerful greenhouse gas.)

That's bad enough, but Jonathan Foley from the University of Minnesota, who led this new analysis, says it's likely to get worse. Demand for food is expected to double over the next forty years. Are we truly, to quote environmentalist Bill McKibben, facing the "end of nature"?

According to the new study, not necessarily. But avoiding mass deforestation and food scarcity is going to take some very big changes. Briefly: Big investments in food production in places (think Ukraine and Uganda) where current farm land isn't producing as much food as it could; much more efficient use of water and fertilizer; less wasted food; and (controversy alert!) eating less meat. About 40 percent of the planet's crops, according to this study, currently are fed to animals.

Unfortunately, the paper does not really explain how this will happen. There's no global dictator who can, for instance, abolish feedlots where corn is fed to cattle.

What we have instead of a dictator is the global marketplace, setting prices for land, corn, meat, and everything else. Those prices drive decisions by farmers. But Thomas Hertel, an economist at Purdue University, says those markets can help solve our planetary problem — especially if we step in to make those markets work better.

For example, governments can put a price on forests, making it really, really expensive to cut down trees for crops. They can charge more for water or fertilizer, discouraging waste.

But when food gets scarce, Hertel says, markets do respond. Prices go up, farming gets more profitable, and farmers grow more food. Markets will balance supply and demand for food, Hertel says.

But at what cost? Will food get really expensive, driving down consumption and really hurting the world's poorest people? Right now, that's one of the biggest, most interesting questions that agricultural economists are debating.