Accessibility links
Scientists Seek A Break In Aquaculture's Fish-Eat-Fish Chain : The Salt A new report from Food and Water Watch turns up the heat on how we feed farmed fish and the environmental toll it takes. It takes three pounds of wild fish to feed one pound of farmed salmon, so scientists are looking for alternatives. 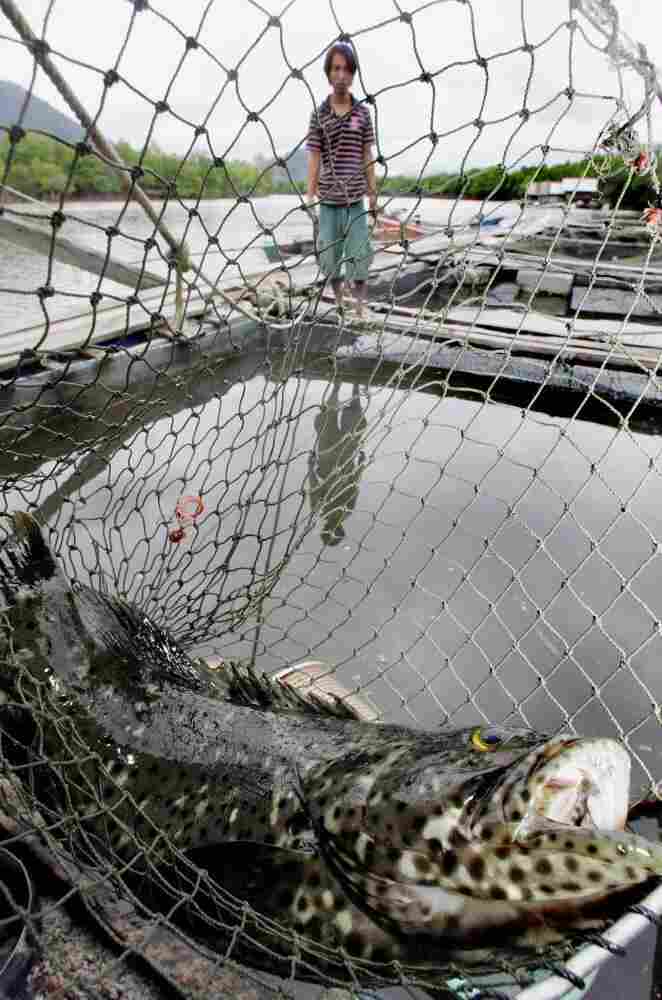 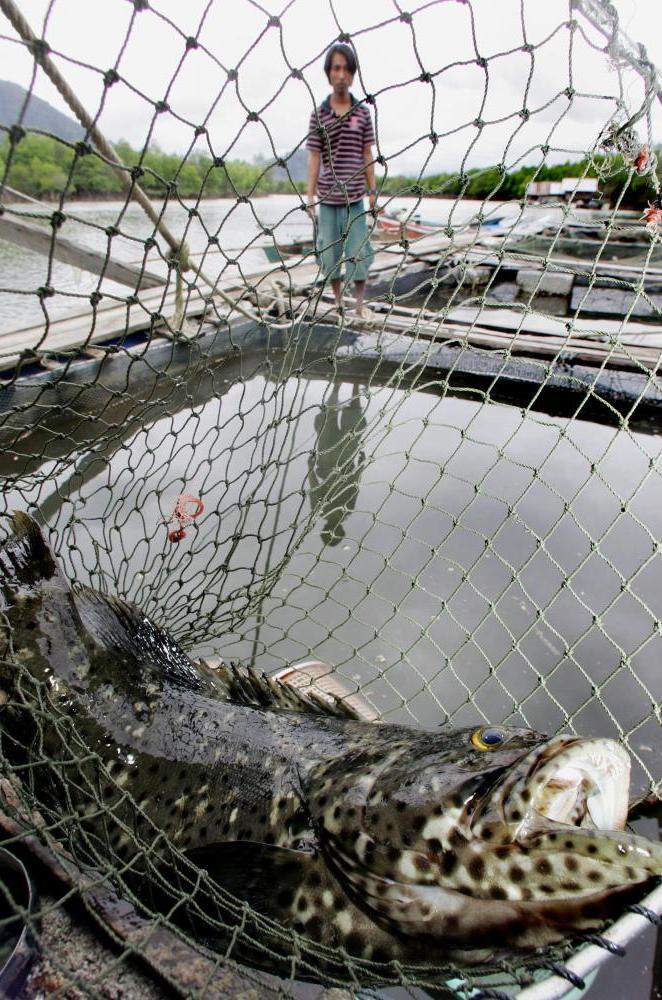 Aquaculture, one of the fastest growing sectors of agriculture in the U.S., combats the global dilemma of depleting wild fish populations. But a new report from the group Food & Water Watch says factory fish farms risk the health of other, stable species swimming in the sea. One of the biggest problems? The fish food.

It takes about three pounds of feeder fish to produce one pound of farmed salmon. And we need more fish to keep up with a hungry, growing, human population. But feeding more salmon depletes the ocean's smaller fish.

This got us wondering: What, exactly, are we feeding the fish that feed us? And how can we keep up with demand without ratcheting up the environmental fallout?

Wild-caught, carnivorous fish like salmon chow down on smaller fish and crustaceans because those delectable treats are high in protein and fat — essential nutrients to a fish.

"A salmon gets more nutrients from a fish in the wild than it would eating something else," Jesse Trushenski, a fish nutritionist (yes, there is such a thing) at Southern Illinois University Carbondale tells The Salt. 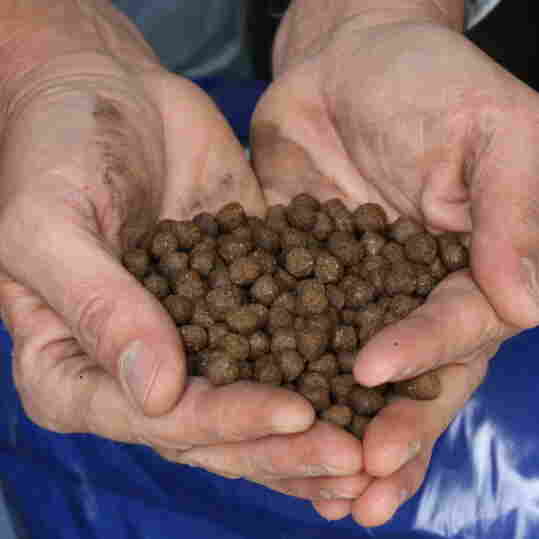 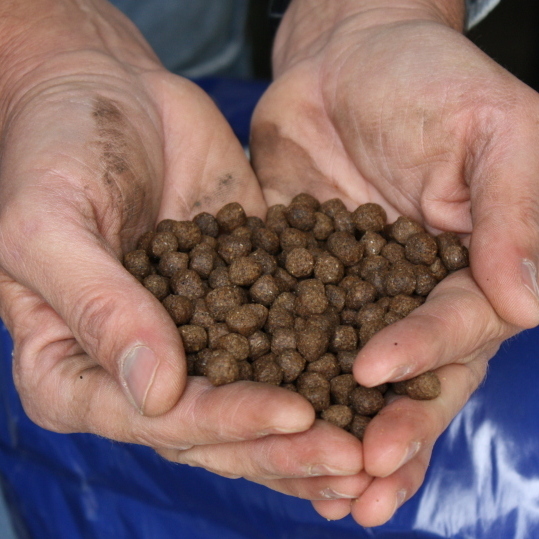 Farmed fish need the same nutrients but get it as a blend of various nutritional ingredients — all targeted to increase the efficiency of a fish's growth and its health. Think of farmed fish food as a ready-made smoothie with a protein boost, a vitamin boost and every other boost that scientists can think of to plump it up and keep it disease-free.

Fishmeal has two essential parts. One comes from cooking or drying forage fish, like filter-feeding menhaden, plus the parts of restaurant-menu fish that only Anthony Bourdain would order — fish heads, guts and scales. Yummy, right? But all those trimmings have nutritional value and supply growing fish with essential protein.

The other crucial component, fish oil, is found in the tissues of oily fish species. Fish oil contains omega-3 fatty acids – the widely-popularized unsaturated fat that has been shown to reduce the risk of heart disease in people.

Americans consumed about 4.9 billion pounds of seafood in 2010, according to a National Oceanic and Atmospheric Administration report. That's about 15.8 pounds of fish and shellfish per person.

"We have to raise more fish," says Trushenski. It's simple economics: "We can't do that with the same feed formulations. We can't make more feed with the same number of inputs."

So Trushenski and others are looking into new fish feed using renewable sources, such as biofuel co-products, poultry by-products, soybeans and so on. Finding alternative sources of fat and protein to supply aquaculture could help provide fish with the necessary nutrients without depleting the ocean.

"You need to know the rules first, and then you can play the game," she says. And that's the challenge.

Meanwhile, if you want to know if that salmon at the store was raised in an environmentally-friendly way, check out the comprehensive list at Seafood Watch put together by the Monterey Bay Aquarium.