Accessibility links
Virtual Trip To 'Local' Food Market Can't Beat The Real Thing Yet : The Salt The online services offer wide variety and avoid the major disadvantage producers face at farmer's markets, like figuring out how much inventory to bring. But they haven't quite figured out the magic combination of choice, price and convenience to beat the grocery store. 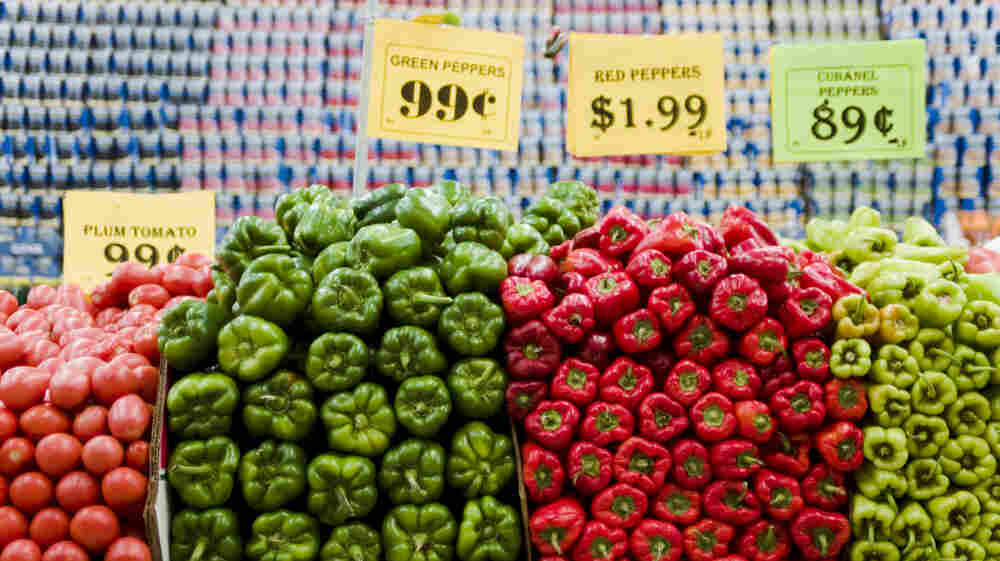 The regular old supermarket is still king for choice, price and convenience 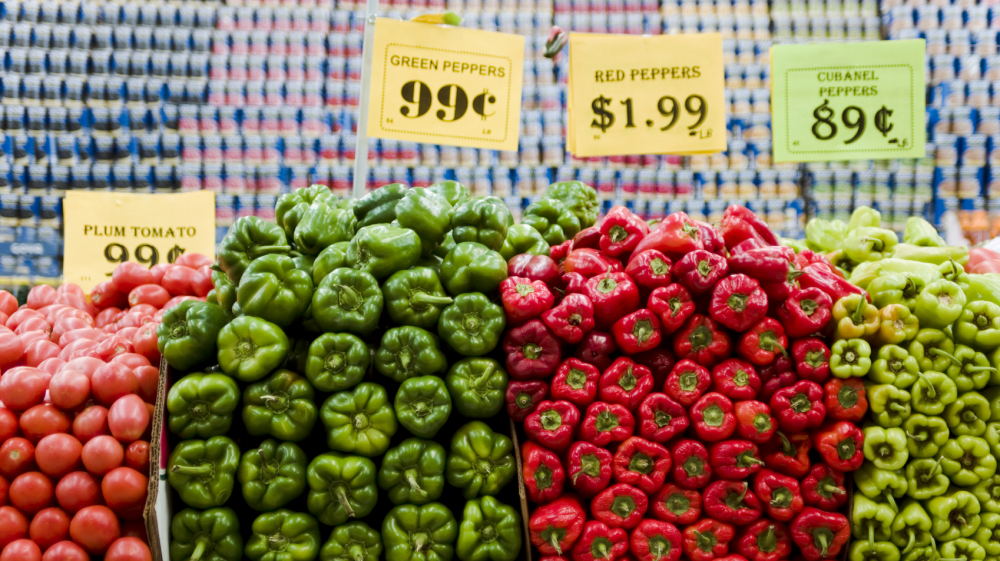 The regular old supermarket is still king for choice, price and convenience

Farmers' markets, food cooperatives and community supported agriculture (CSA) groups have been all the rage among foodies looking for locally grown, organic or specialty foods for the past few years, even though they've existed far longer than the modern supermarket.

But the new businesses aren't sticking to bricks and mortar traditionalism. In recent years, these grocery store substitutes have exploded on the Internet, offering far-flung consumers more choices than ever.

But so far, none of them have found the magic combination of choice, convenience, and price that will make local and sustainable agriculture competitive with the grocery store, says Parke Wilde, associate professor at the Friedman School of Nutrition Science and Policy at Tufts University.

"It still has something to prove," Wilde says of the new business model.

The web-based services vary widely in their particulars. Some allow farmers to set up a profile and interact with customers directly by managing their own inventory and setting their own prices, while other sites never name the producers behind their inventory. An online food co-op might only sell food produced within a 100-mile radius of the town it serves, or it may offer bananas and coffee alongside its blueberries and maple syrup.

The online services do offer wide variety and avoid the major disadvantage producers face at farmer's markets, like figuring out how much inventory to bring.

The Iowa Valley Food Cooperative (IVFC), based in Cedar Rapids opened its virtual doors in August 2011. "The main inspiration was to develop a new opportunity for local producers," says co-founder and manager Jason Grimm.

IVFC focuses its efforts on small farms and unique foods being raised within a hundred-mile radius of Cedar Rapids. In addition to ground beef and Russet potatoes, customers can order elk brisket and Bavarian purple garlic, all from state-licensed farmers who have also met specific requirements set by the co-op's bylaws.

Grimm says members of IVFC are "able to know directly who they're buying from." He pointed out that at many food co-ops, the majority of the merchandise is not locally produced.

"This type of model has a lot of great opportunities with it," Grimm said. "It allows us to reach out to more communities." In particular, IVFC is working to expand into local food deserts, the type of communities that may not be able to support a grocery store, let alone a specialty co-op.

IVFC is also working with the state's Supplemental Nutrition Assistance Program (formerly the Food Stamp Program) so that lower-income families can participate in the co-op. At the moment, the organization has a single pickup point in Cedar Rapids one day a month, so it's not quite a grocery store replacement at this point.

So while alternative marketplaces keep multiplying, the sheer difference in scale is part of what keeps them from being competitive with a chain grocery store.

For instance, the Department of Agriculture reported a 17 percent increase in the number of farmers' markets between 2010 and 2011. Their Farmers' Market Search currently lists 7,222 different markets around the country, and a vendor working at one of those markets sells, on average, $7,000 worth of food.

Statistics from the Food Marketing Institute say there were over 36,000 grocery stores in the United States that each moved at least $2 million in merchandise last year.

And while smaller organizations are using technological innovation to the best of their advantage, so are supermarket chains, with services like Peapod that offer online shopping and home delivery. So smaller businesses have to work hard to convince customers that they're selling something special.

Another web-based co-op, The Arganica Farm Club based in Ruckersville, Virginia, avoids the complications of scheduling and pick-up sites. Custom orders are delivered to the client's door once a week, and the company picks up reusable containers, milk jugs, and even compostable table scraps. The club tries to make shopping for local foods as easy as possible without compromising sustainable practices.

One of the goals listed on Arganica's website is "providing transparency of food origin." But, this isn't as easy as it sounds. The ever-shifting list of specials makes eating locally look fun and exciting, but also overwhelming and pricy. And details like the names and locations of farmers are often lost in the shuffle.

My own hometown of Evanston, Wyoming is not the ideal location for a garden or a farmers' market, given its elevation of just under 7,000 feet and an average of 80 frost-free days per year. It's also not a great place for a specialty food store, since the population of just over 12,000 people is separated from its nearest neighboring town by at least 30 miles of sagebrush in each direction.

Even if you're a huge fan of pronghorn jerky, Evanston is a terrible place to be a locavore. Until recently, the town and its environs relied on a single grocery store and a Wal-Mart supercenter for its groceries.

Then, members of the community discovered an online food co-op called Bountiful Baskets. Some of them started using the service, despite having to drive to Utah to collect their veggies.

Fast forward a couple years, and Evanston has its own Bountiful Basket pickup station, staffed by volunteers who are willing to get out at 7 am on a Saturday in order to help their neighbors sort onions and sweet potatoes.

Now, the produce delivered in the standard mystery basket each week is neither local nor organic. It creates no lasting bonds between producer and consumer. In many respects, it falls short of the farm-to-table ideal. But those baskets also bring fresh figs to people who may never have seen them before, encourage home cooks to give Chinese eggplant a try.

Moving from Main Street to the Internet may not solve all of the conundrums faced by food shoppers, but it certainly brings the food conversation to a wider audience.