Accessibility links
FDA Probe Points To Cantaloupe Packing Plant As Source Of Listeria : The Salt The outbreak of listeria in fresh cantaloupe has been blamed for at least 25 deaths and 123 illnesses in 26 states, the Centers for Disease Control and Prevention reports. Casualties have slowed since September, but the outbreak is far from over, officials say. 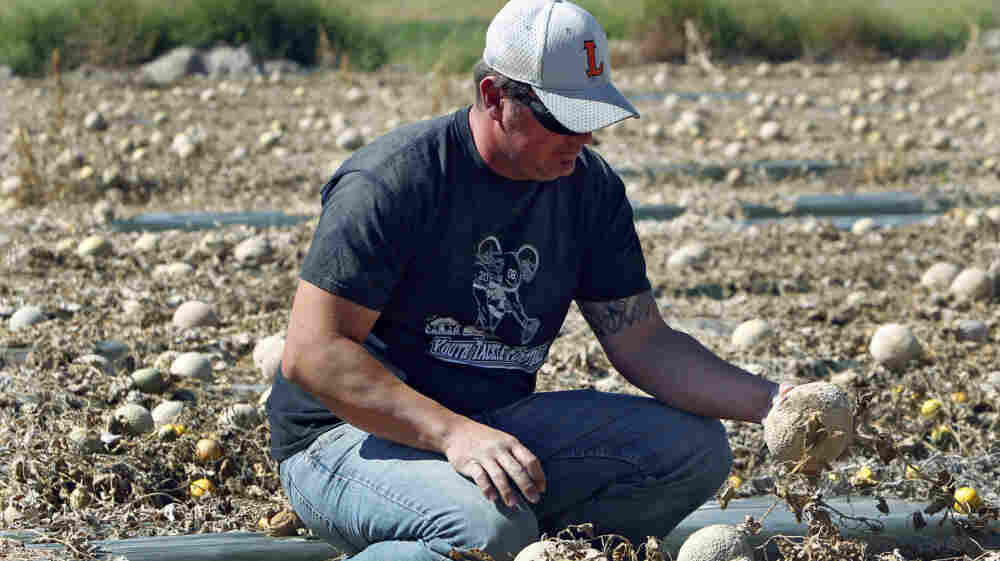 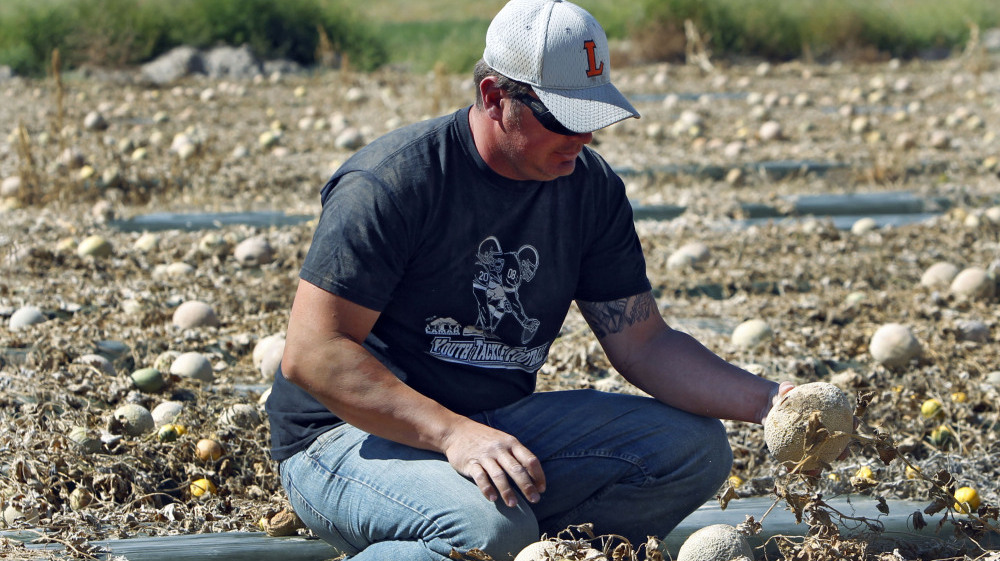 The Jensen Farms cantaloupe blamed for the deadliest listeria outbreak in years may have become contaminated in the farm's own packing facilities.

That's the conclusion of the FDA's investigation into the source of the outbreak so far, although the saga is far from over.

And once again, the likely culprit is poop.

In a conference call with reporters today, FDA's Sherri McGarry says the agency's tests of cantaloupes growing in the fields were negative. Same for some samples collected in the packing facility, although she noted they were collected after the equipment had been thoroughly cleaned.

Listeria bacteria were found on some of the fruit in cold storage and some equipment, but not in the water used to wash the cantaloupes. (Read the full inspection report here.)

But where did the bacteria come from? A farm truck used to haul cantaloupes to a cattle facility — increasing the risk of contamination via animal feces — is one possibility.

She added that there is no reason to believe these practices are widespread in the industry.

Jensen Farms is currently not operating and has agreed to allow government inspectors to inspect it before reopening. It initiated a recall Sept. 14.

FDA Commissioner Margaret Hamburg says she hopes the listeria investigation will lead to better prevention of foodborne illnesses in the future - a mantra the agency has been repeating since the first reports came out last month.

As of yesterday, the outbreak has been blamed for at least 25 deaths and 123 illnesses in 26 states, the Centers for Disease Control and Prevention reports. While the casualties have slowed since September, they still may creep up, given the long incubation period of listeria, officials say.

Still, not everyone who was exposed got sick, and our own Allison Aubrey reported on why that is recently.

Stay tuned for more on the listeria outbreak tonight on All Things Considered.