Accessibility links
Men Can Be Binge-Eaters, Too : The Salt Fasting after eating too much and pushing through an insanely long workout to compensate for overeating are behaviors associated with binge eating. Men are almost as likely as women to develop the disorder, a new study finds.

Men Can Be Binge-Eaters, Too

Men Can Be Binge-Eaters, Too 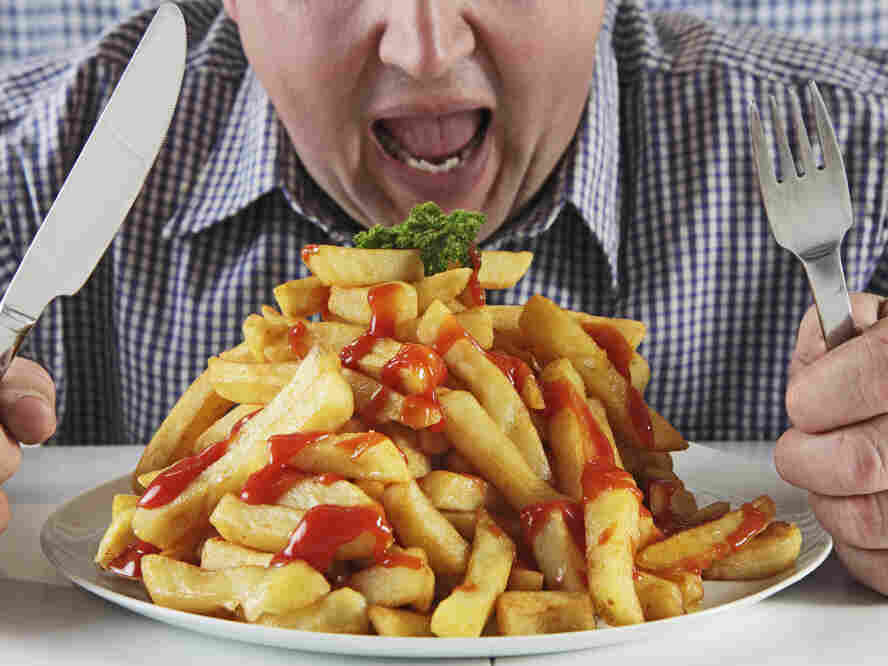 Male binge eaters were more likely to be depressed and obese than men who didn't binge, a study found. 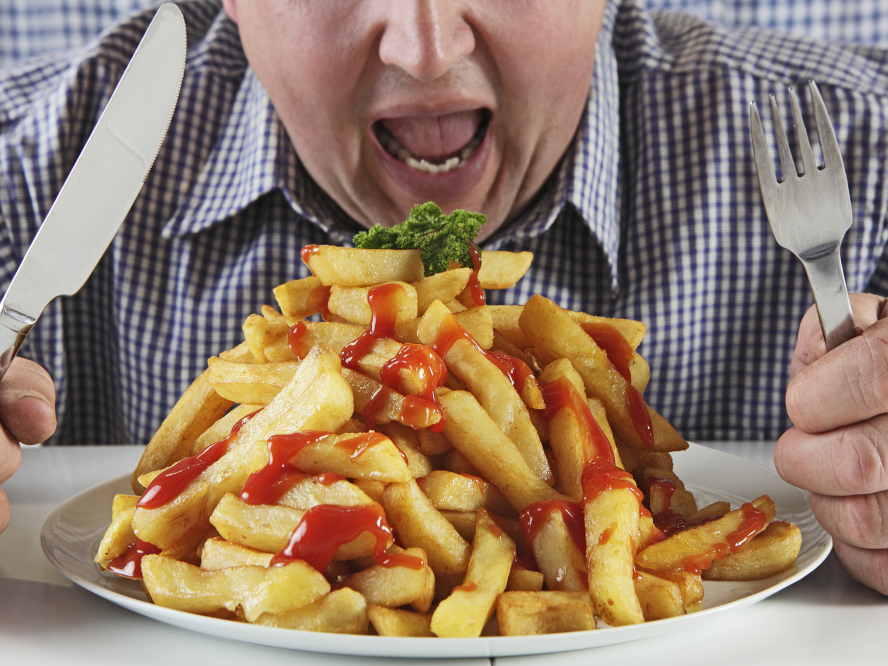 Male binge eaters were more likely to be depressed and obese than men who didn't binge, a study found.

When we think of eating disorders, the classic image is a waif-thin, anorexic woman.

But here's a question for men: Do you find yourself fasting after eating too much? Or maybe pushing through an insanely long run or workout, trying to compensate for overeating through intense exercise?

These are behaviors associated with binge-eating, a serious but very treatable condition. And a new study finds that men are almost as likely as women to develop the disorder — as well as some of the problems that often come along with it, including depression, anxiety, increased absences from work and weight gain.

"What this study and other studies like it show is that men have these problems, too," says Striegel. She found that about 37 percent of men in the study who were binge-eaters were either in treatment for depression or reported symptoms of depression. This compares to a rate of just 12 percent of men reporting depression who were not binge eaters.

There was also a strong correlation between obesity and binge-eating. Her study found that nearly 64 percent of men who binge were obese, compared to about one-third of the men who were not binge-eaters.

"When you find yourself being a binge-eater," says Striegel, "it's helpful to access treatments that can help gain control over the binges."

There are several treatment options. According to the National Institute of Mental Health, psychotherapy, especially Cogntive Behavioral Therapy (CBT), has been shown to be effective. And research has found that antidepressants may reduce binge-eating episodes.

The Academy for Eating Disorders has informational videos and a database to locate therapists that treat the disorder.