Accessibility links
Necco Wafers Puts Additives Back Into Its Candy : The Salt The candy company that makes Necco wafers thought its customer base would approve of a switch to natural flavors and colors. But it was wrong. Now the company is going back to its original recipe. 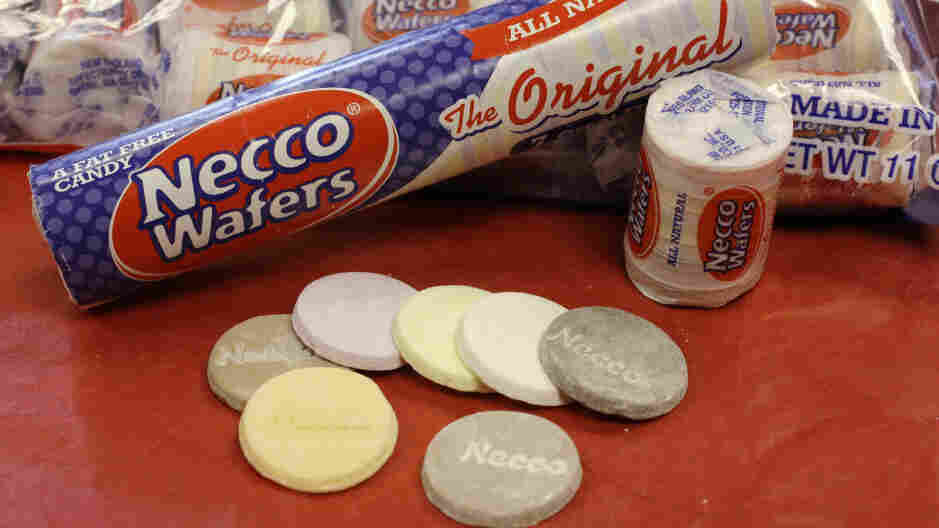 A photo from 2009 shows "All Natural" Necco Wafers. But after customers rejected the changes, the Massachusetts company returned to its original recipe. 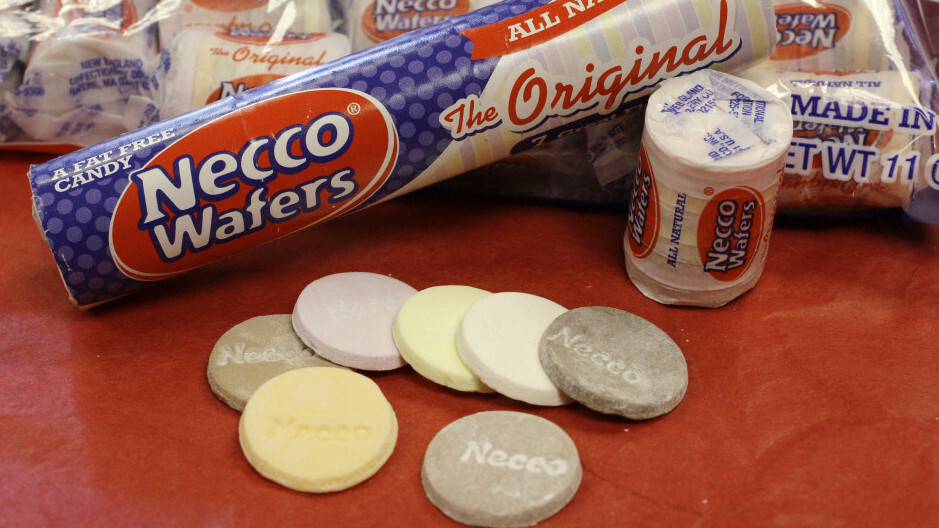 A photo from 2009 shows "All Natural" Necco Wafers. But after customers rejected the changes, the Massachusetts company returned to its original recipe.

When the people who make Necco Wafers changed their recipe to use natural flavors and colors in 2009, they thought they were doing their customers a favor. But then those customers told the New England Confectionery Company — loudly, and repeatedly — that they preferred artificially enhanced candy.

"Our normal mail volume probably went up twenty-fold" after the change, says Necco Vice President of Research and Quality Jeff Green says. "Some positive, and some negative. But a lot of negative."

The common theme from Necco's longtime customers, Green tells NPR's Michele Norris, was, "You ruined my product, I will never buy anything from you again."

And so the company is going back to what it does best: making candy with artificial dyes and good old-fashioned sugar

As Green describes it, customers weren't as upset with the candies' taste as they were with their new color. Instead of artificial dyes and colorings, the revamped Necco wafer used natural colorings made from turmeric , red beets, purple cabbage, and cocoa powder. The company also replaced the artificial flavors in some of the wafers with natural flavors.

"The flavors, I thought, were very close, if not identical," says Green.
"I mean, considering that four of the flavors, we didn't touch. So, the colors influence people's perception of what things taste like."

Green admits that customers who eat Necco wafers more than he does might be more attuned to subtle changes in the taste. A report in the Boston Globe suggests that customers also felt the new flavors were inferior. After sales dropped by around 35 percent, he says, the company knew it had made a mistake, and that it was time to return to the artificial colorings.

"When you're tampering with the family jewels for [the first time in] 150 years," Green says, "we expected some fallout. I don't think we expected it to be quite what it was."

Green says the company wanted to try going natural because sales had been flat. And he'd read the "Southampton Six" report on negative health effects of artificial food colorings and industry reports of strong sales of "natural" products — as April Fulton has reported for The Salt.

"It seemed like a great idea at the time," Green says.

But the new colorings were expensive, and didn't hold their vibrant hue on the shelf.

"Part of the downfall of the concept, is that the colors were so much softer than the original ones," Green says.

Perhaps the problem for Necco, which was founded in 1847, is that, chemicals and all, many people do recognize Necco Wafers as food.

"A stronger part of our customer base is probably an older demographic," Green says. "And that's the part of it that we alienated."

He says that the all-natural shift prompted people to send stories about using the wafers to practice for communion wafers, or poker chips — even, reportedly, to fool tollbooths in Chicago.

"People were reminding us of what they grew up with," he says.

And maybe that's part of the reason people like eating them — to trigger old memories, and to eat a candy that promises neither to be a "brain food" nor an answer to life's problems. It's just a little candy wafer that's sweet, and unnaturally attractive.

As if we needed any proof of the candy's old-school gravitas, consider this statement, from Necco's website:

The U.S. Government requisitioned a major portion of the production of NECCO Wafers during World War II. The candy doesn't melt and is practically indestructible during transit, making it perfect for shipping overseas to the troops.