Accessibility links
When Forgettable Salads Cause A Deadly Outbreak : The Salt The E. coli outbreak that sickened more than 4,300 people in May and June had epidemiologists scrambling to find the contaminated vegetables that caused it. What made it difficult, they say in a new paper, is that people had trouble remembering what exactly was in the salads they ate. In this case, the culprit turned out to be fenugreek seeds, but it was a long road to get there. 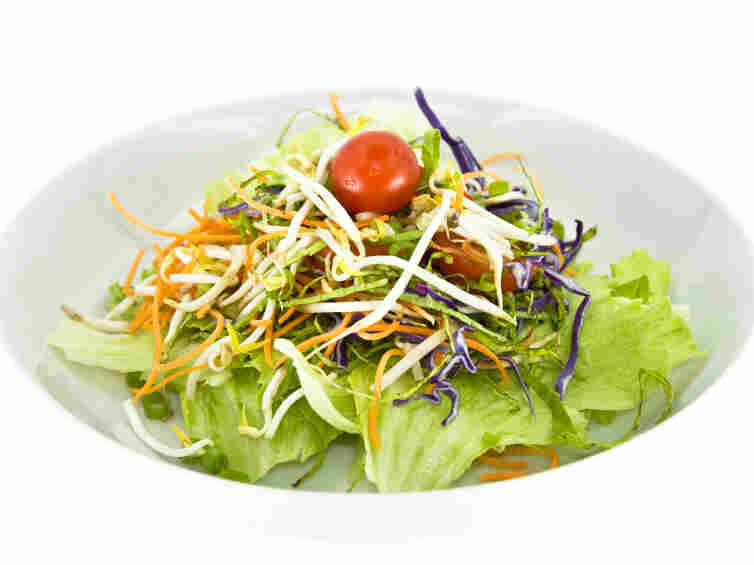 Would you remember exactly what was in this salad more than a week after eating it? 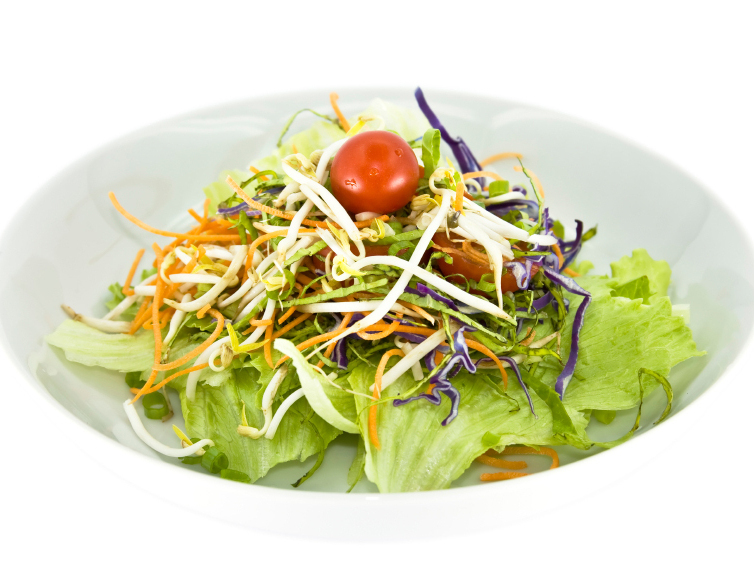 Would you remember exactly what was in this salad more than a week after eating it?

Consider the last time you ordered a salad at a restaurant. What, precisely, was in it? Chances are you'll remember the biggest, brightest ingredients, like the lettuce, the tomato, maybe the grilled chicken.

But will you remember the little bits — the nuts, berries or toppings? In an age when salads increasingly aspire to be confetti-like piles of artistic greatness, you'd be pardoned if you didn't take note every morsel.

German epidemiologists were stymied by diners' forgetfulness earlier this summer as they feverishly tried to find the source of the E. coli outbreak that sickened more than 4,300 people and killed 55. Though they eventually figured out that the outbreak was caused by fenugreek sprouts grown from tainted Egyptian fenugreek seeds, it took them a while to get there. And so in a paper published this week, researchers at the Robert Koch Institute write in New England Journal of Medicine, that when tracking an outbreak, it's important not to underestimate food items that people may not remember eating.

"Although international guidelines generally recommend otherwise, this experience suggests that food items or ingredients that are deemed to be hard to remember should be included in analytical studies, even if they are mentioned by less than 50 percent of those surveyed," the researchers write.

When reports of an outbreak in the state of Lower Saxony emerged, German food safety authorities initially focused their investigations on raw tomatoes, Spanish cucumbers, and leaf salads sold in local restaurants where the sick people said they'd eaten.

It was a reasonable place to start, but the trail for the unusual strain of E. coli was cold — and it was a costly mistake for German health authorities. As our health blog Shots reported earlier this year, officials were criticized for issuing contradictory information — such as an early warning against Spanish cucumbers that officials in that country disputed — and for being too slow to reach a conclusion about the cause.

So the researchers kept looking, tracing salad ingredients both forward — from distributors to restaurants to consumers — and backwards, to the farmers. But one of the hardest parts was getting people to remember what exactly had been in their salads. (Even meals that are supposed to be memorable can fade surprisingly quickly, as April Fulton reported this year.)

"The one dish that frequently exposed guests to sprouts was the side salad, which contained tomatoes, cucumbers, three sorts of leaf salads and sprouts," the researchers write in NEJM. "Sprouts may have been the ingredient that visitors recalled least in such a mixed salad."

It's an interesting finding, given that we hear a lot about how the long road from farm to fork — with food products zigzagging the globe at greater and greater distances — puts us at risk. Indeed, a salad made in Germany, or the U.S. for that matter, could easily have vegetables from several different countries in it. In this case, the contaminated sprouts came from a nearby German farm, but the seeds came from Egypt.

But it was partly the complexity of the salad itself – and the fact that it was topped with an exotic, but forgettable item like fenugreek sprouts – that made the investigation that much harder.