Accessibility links
When Lactose Intolerance Makes You Scream For No Ice Cream : The Salt Most adults can't digest milk sugar: It's a recent genetic adaptation most common in northern Europe. The food industry has come up with enzyme supplements and lactose-free products for those who want to enjoy ice cream without a tummy ache. But not all supplements have what it takes.

When Lactose Intolerance Makes You Scream For No Ice Cream

When Lactose Intolerance Makes You Scream For No Ice Cream 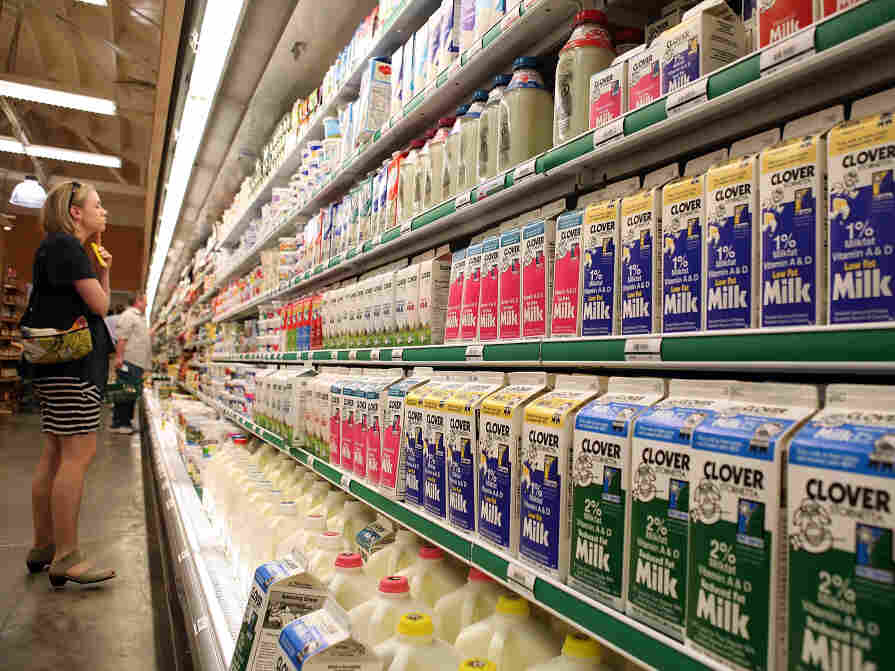 A customer studies a display of milk and dairy products at Bryan's Grocery in San Francisco in March. Justin Sullivan/Getty Images hide caption 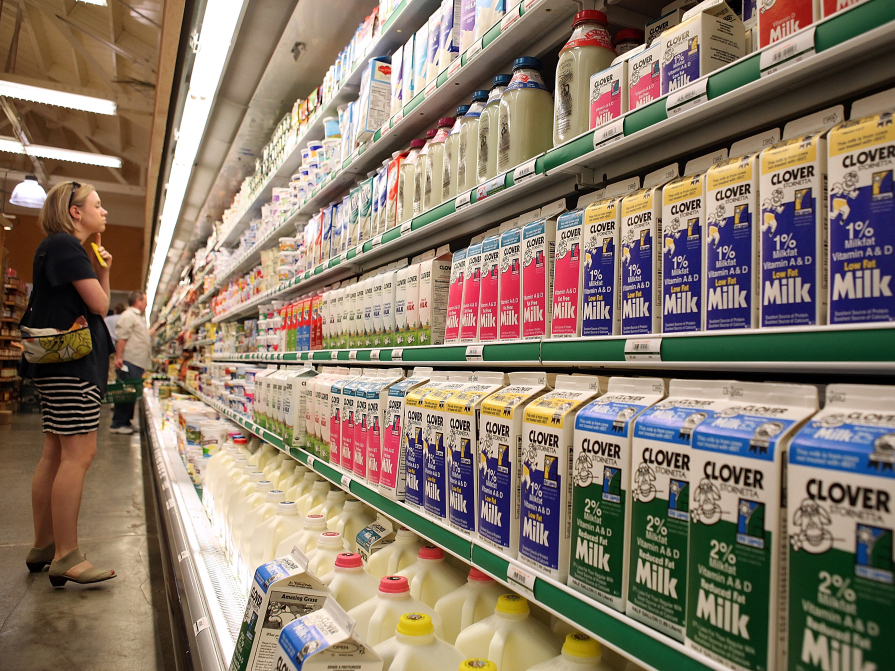 A customer studies a display of milk and dairy products at Bryan's Grocery in San Francisco in March.

Babies digest milk with ease, but it can get harder with age, unless you picked up a gene from your northern European ancestors. Between 30 million to 50 million American adults can't crank out enough of the enzyme that digests lactose, or milk sugar, which can turn a bowl of ice cream into a roller coaster of stomach discomfort.

Lactose-intolerant people who want to indulge in dairy without suffering the consequences have two options: take supplements of the enzyme lactase, or buy lactose-free dairy products, which are made by adding lactase to break down the milk sugar.

But a new survey of lactose-free milks and lactase supplements by ConsumerLab, an independent testing laboratory in White Plains, N.Y., found that the amount of lactase in supplements varies widely, and one, Lacteeze, contained no lactase enzyme at all. (The organization charges for Web access to their results, so we're giving you the key points here.)

The dairy industry sees all these lactose-free and lactase products as a "273-million-gallon" opportunity to keep dairy-shy adults as customers, not only through milk, but also cheese, yogurt and other products, according to a 2010 survey. But the Food and Drug Administration has no guidelines or standards for lactase supplements or lactose-free foods, and not all supplements actually contain what they say they do.

In its report, ConsumerLab also calculated how much a person would pay to get enough lactase in a supplement to avoid symptoms. The cost ranged from 8 cents for Costco's Kirkland Signature Fast Acting Lactase, to $6.79 for an equivalent dose of KAL Lactase Enzyme.

These milks can be used for cooking and baking. Lactose-free milk tastes sweeter than regular milk because the lactose has been broken down into two different sugars, glucose and galactose.

But if by now you're wondering why you can drink milk and eat ice cream without pain, the answer may well be that it's in your genes. Lactase persistence — the small intestine's ability to produce lactase into adulthood — appears to be a recent genetic variation that developed among people in northern Europe within the past 10,000 years, after the origin of dairying. More than 90 percent of Swedes and Danes are have lactose persistence, while just 50 percent of Spanish and French people do.

But most people of African and Asian heritage (in other words, most of the world's population) are lactose intolerant. Only about 1 percent in China have lactose persistence.

The theory is that being able to digest milk and its protein, fats, carbohydrates and calcium, gave people with the genetic variation enough of a survival advantage that the variation became common very quickly — within 400 generations. Adults in regions of Africa where dairying has been practiced for thousands of years also tend to have lactase persistence, but scientists think the genetic variations that make that possible are different than the one common in Europeans.

But if eating ice cream makes you burp, it's worth considering abstaining as your ancestors did — or find some tummy-friendly alternatives.