Accessibility links
Restaurant Grease As Good As Gold To Biofuel Thieves : The Salt Grease rustling is on the rise, as thieves make off with used restaurant grease. The goo left over from deep-fat frying is prized on the biofuels market. As fuel prices go up, so does the price of recycled grease. 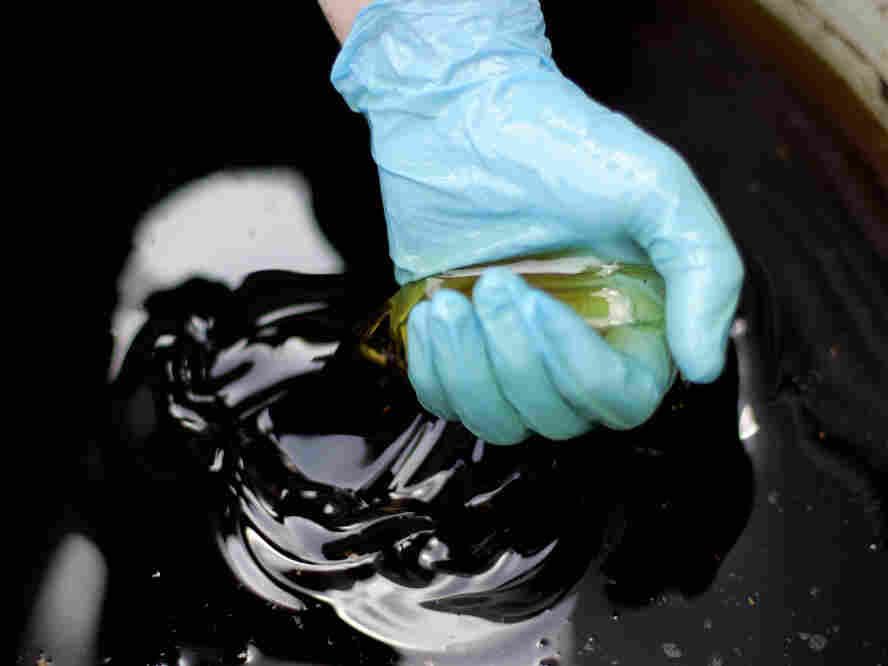 A worker with cooking oil in a holding barrel behind an Ashton, Maryland restaurant. TIM SLOAN/AFP/Getty Images hide caption 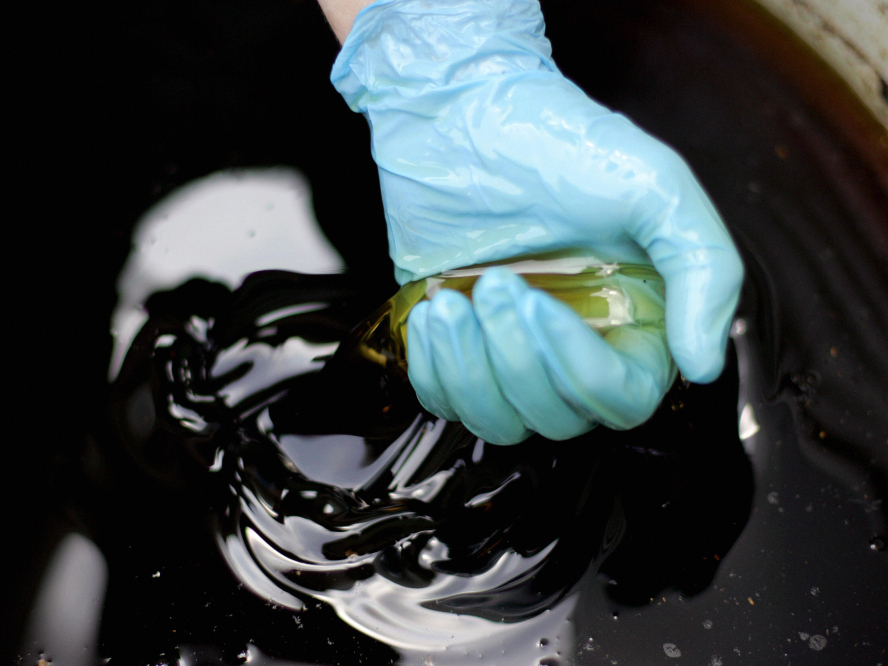 A worker with cooking oil in a holding barrel behind an Ashton, Maryland restaurant.

Used restaurant grease has become a hot item for thieves, who siphon it from barrels behind restaurants to sell on the booming biofuels market.

Late last month, the California Department of Food and Agriculture said it would pay local police target the alleys and parking lots where restaurants typically park their barrels of used grease.

Restaurants and grease recyclers have been forced to move barrels inside, lock them up, or install surveillance cameras, according to Tom Cook, president of the National Renderers Association in Alexandria, Va. "It's become the new copper," a commodity that also attracts thieves, Cook tells The Salt.

Yellow grease, the proper name for cooking oil that's had the food and trash filtered out of it, is selling for about 40 cents a pound, almost five times what it was a decade ago. That means a gallon of yellow grease today sells for more than $3 a gallon — on par with a gallon of milk.

Used restaurant grease has long been used in animal feed, but it's also now in demand as a fuel for vehicles. Thieves sell it to a renderer or recycler because the stuff needs to be processed before it can be used as fuel or feed.

After the grease has been processed, brokers buy it from renderers and sell it on the commodities market, where it can eventually end up in the transportation sector.

New standards published earlier this year by the Environmental Protection Agency expanded requirements for use of renewable fuels in the transportation industry. So when crude oil prices rise, yellow grease prices rise, too.

Still, grease rustling isn't a brand new: NPR's Bryant Park Project reported on the problem in 2008. And the 1998 season of "The Simpsons" opened with the episode "The Lard of the Dance", with Homer and Bart hatching a scheme to steal grease from the school cafeteria. Needless to say, their plot failed spectacularly.

Most contemporary grease thieves aren't prosecuted, Cook says. "It's difficult to get law enforcement people to spend a lot of time on somebody who's stealing grease." One man who was convicted in Los Angeles paid his misdeanor fine left the courthouse, and "got right back in his truck, stealing grease," says Cook.

(Here's one example where police did act; the arrest of two alleged grease thieves last month in Alexandria, Va.)

And though grease recyclers may now have to put more effort into outwitting criminals, there's an unexpected benefit of the business: knowing which restaurants take pains to cook with fresh grease. "We've learned where to eat fried food, and sometimes where not to eat," says Aaron Perry, CEO of RecycOil, an oil recycling business in Boulder, Co.

For those of us not in the biz, Perry says the key signs to a quality fried dish are fresh smell and light color. "You might sit down to a plate of fries and say 'Hmm, that tastes a little funny.' Or you might go to a sushi restaurant, and have some tempura that's really dynamite."