Accessibility links
From Nebraska Lab To McDonald's Tray: The McRib's Strange Journey : The Salt There's not a rib to be found inside the McRib sandwich, but that pork patty drenched in barbecue sauce represents one of the greater innovations in meat science of the last century.

From Nebraska Lab To McDonald's Tray: The McRib's Strange Journey

From Nebraska Lab To McDonald's Tray: The McRib's Strange Journey 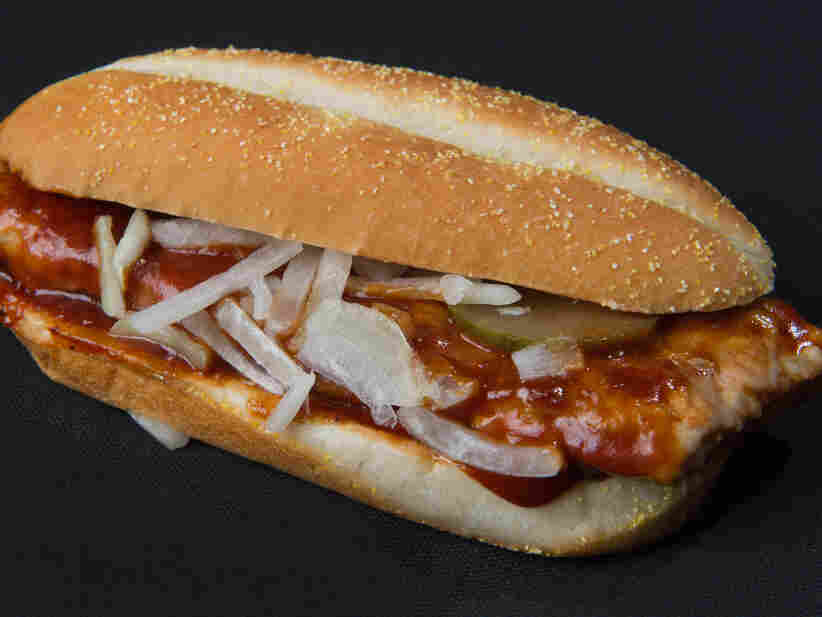 Fast food giant McDonald's has brought back the McRib until Nov. 14. The sandwich has gained cult acclaim over the past three decades because of its limited availability. Paul J. Richards/AFP/Getty Images hide caption 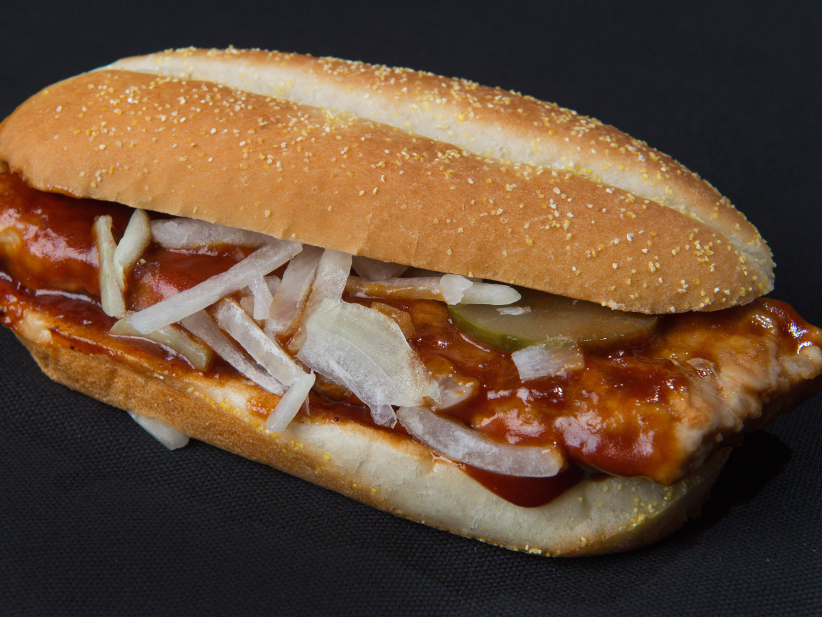 Fast food giant McDonald's has brought back the McRib until Nov. 14. The sandwich has gained cult acclaim over the past three decades because of its limited availability.

Since McDonald's announced the seasonal revival of its popular McRib sandwich last month, there's been a round of reports about what's in the sandwich that have ranged from glib (on its 70 ingredients) to McFib (on the alleged inhumane treatment of the pigs that go into it).

But even though there's not a rib to be found inside the sandwich, that pork patty drenched in barbecue sauce actually represents one of the greater innovations in meat science of the last century.

Roger Mandigo is an emeritus University of Nebraska animal science professor credited with the technology that made the McRib possible. And here's its story, straight from the meat scientist's mouth. 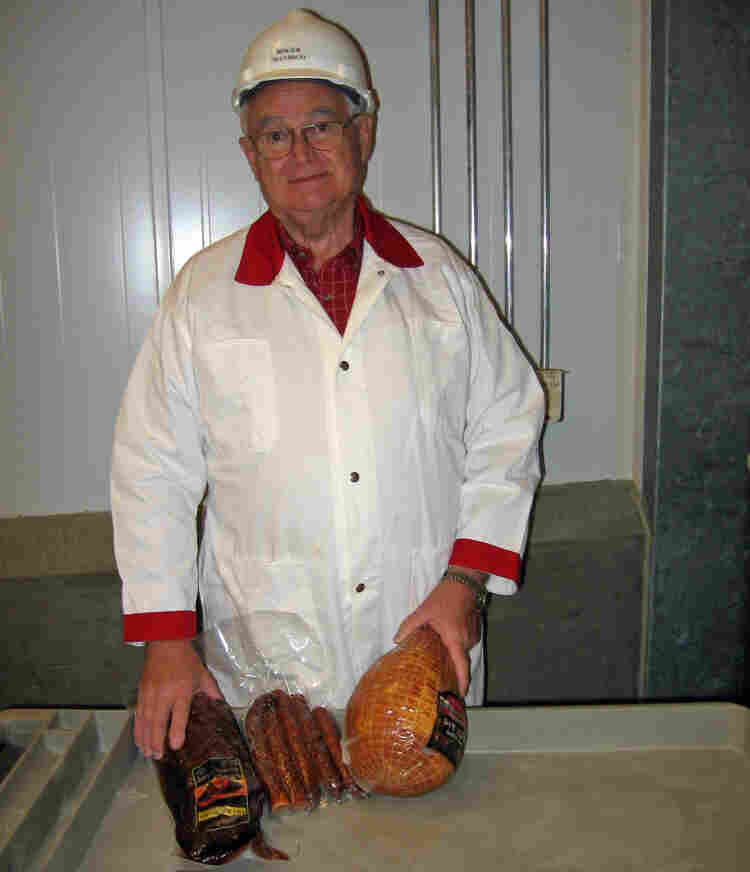 Roger Mandigo earned induction into the Meat Industry Hall of Fame for his invention of "restructured meats." Courtesy of University of Nebraska Institute of Agriculture and Natural Resources hide caption

Back in the 1970s, Mandigo tells The Salt, he was approached by the National Pork Producers Council (the folks who later brought you "the other white meat") to create a product with pork trimmings that could be sold to the fast food giant.

"The pork producers wanted to see more pork on the menu, and they were targeting McDonald's," Mandigo said.

Mandigo went to work in the lab and came up with a new take on an old-fashioned technology: sausage-making. Instead of just stuffing pork meat inside a casing, Mandigo used salt to extract proteins from the muscle. Those proteins become an emulsifier "to hold all the little pieces of meat together," he says.

"All we did was reuse the technology that had been around for hundreds of years and emphasize that we could shape products to shapes people wanted," he says.

And here is where our story takes an interesting twist: Seems the McRib was not born in the shape of its current pork patty. The original concoction Mandigo made was formed as a faux pork chop.

"[McDonald's] chose the shape," Mandigo said. "They wanted it to look like the boneless part of a backrib."

That's why Mandigo is adamant that he was not the father of the McRib, despite getting the credit for it all these years.

"We developed the concepts and technology to make the process work," he said. "They developed the sandwich and the form that it's in. That gets a little touchy and sensitive to people, as you might guess."

Despite his modesty, Mandigo's invention of what's called "restructured meats" was important enough to earn him induction into the Meat Industry Hall of Fame, among big names like Colonel Sanders and Wendy's Dave Thomas in the 2010 class.

The restructured meat technology has since been used to make, among other things, chicken nuggets and many other products you see in the grocery store. The largest buyer of restructured meat is the U.S. military, Mandigo said, as the beef, chicken and pork products are convenient for feeding large numbers of people every day.

Now 30 years after his invention in a Nebraska lab, Mandigo is retired. He's good-natured about all the attention he gets every time the McRib comes back on the McDonald's menu — which this year includes a rogue Twitter account @McRibSandwich.