Accessibility links
When Taking The Pollen Out Of Honey Might Make A Sticky Mess : The Salt American consumers like their honey bright and clear, but removing the pollen makes it hard to trace honey back to its source. A new report says three quarters of honey sold in the U.S. doesn't contain any pollen. 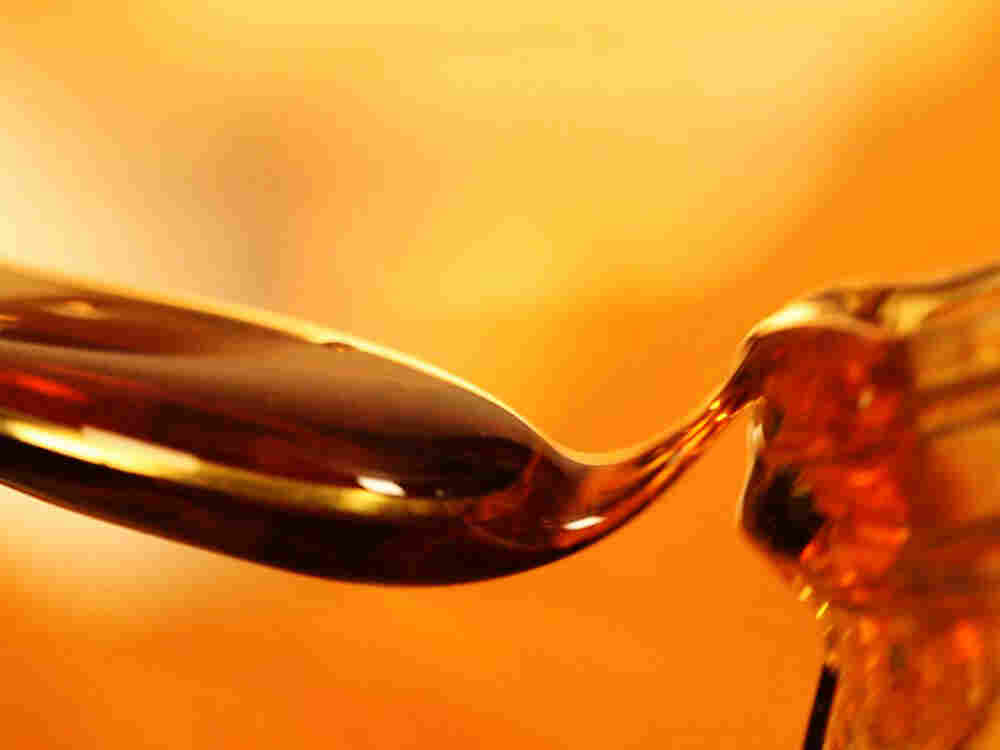 A report says that pollen is often filtered out of honey sold in the U.S., which could make it hard to determine if the honey came from a safe place. Ellen Webber/NPR hide caption 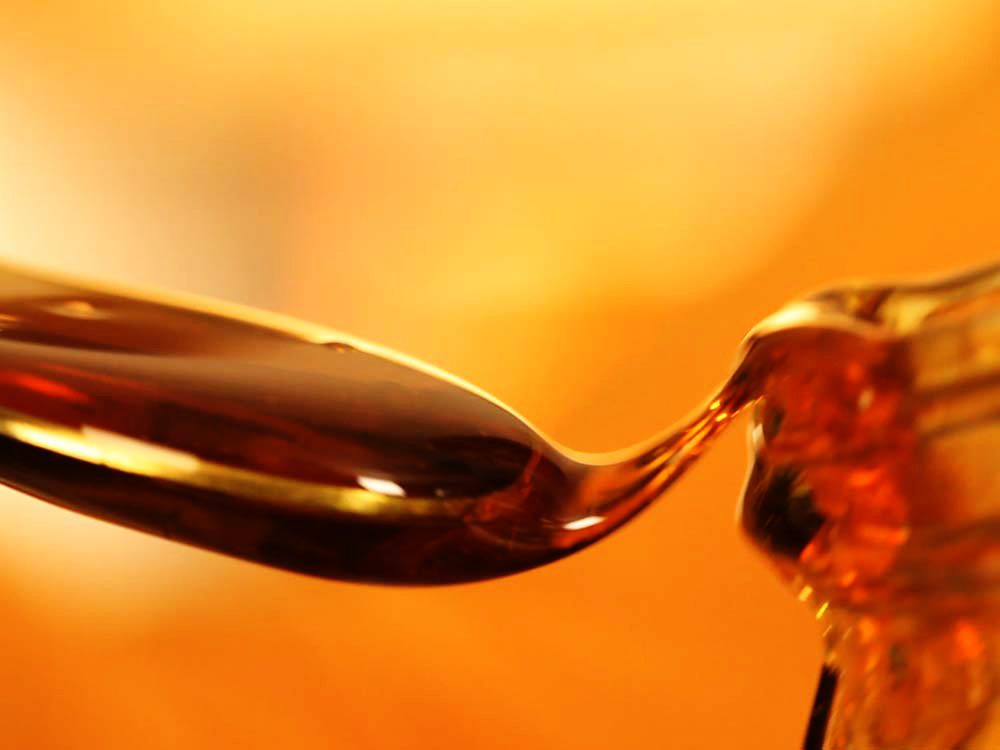 A report says that pollen is often filtered out of honey sold in the U.S., which could make it hard to determine if the honey came from a safe place.

Allegedly, there's a tsunami washing up on American shores. It originates in Chinese beehives and the American beekeepers who've spotted it are hopping mad.

The American Honey Producers Association claims that Chinese companies are evading American trade restrictions on Chinese honey by sending it first to other Asian countries, especially India and Vietnam, which have free access to the American market. The honey is then re-labeled and sent on to the U.S., constituting the "largest food fraud in U.S. history," according to one honey producer.

Another no-so-sweet (though confusing) twist comes from Food Safety News, an online publication sponsored by a law firm that represents plaintiffs in food safety lawsuits. The site reports today that honey processors are aiding the scam by eliminating pollen from their product. This is of concern because safety authorities could in theory use pollen to trace the source of honey; if it's not there, they might not be able to do the detective work on a tainted batch.

Food Safety News bought "more than 60 jars, jugs and plastic bears of honey" in 10 different states, tested them, and found that three-quarters of the honey didn't contain any pollen.

The article blames one particular technique, called "ultrafiltration," for the absence of pollen, but other filtering methods also remove it. According to Bruce Boynton, CEO of the National Honey Board, an industry group, processors in the U.S. commonly purify honey by sending it through filters made from mined minerals called diatomaceous earth.

Boynton says there's nothing nefarious about this. Filtering out tiny particles, including pollen, makes it more attractive to some Americ an consumers who like their honey bright and clear, he says.

Others, though, believe the pollen in honey can treat allergies and that honey heals wounds. NPR's Allison Aubrey explores these claims here:

Europeans apparently don't mind a little pollen in their honey. Food Safety News tested some honey from Europe and found pollen in all samples except for those from Greece.

American honey producers are fighting Chinese imports, of course, because those imports represent unwanted competition. In 2001, the U.S. government slapped high tariffs on Chinese honey after deciding that it was being "dumped" on world markets — that is, sold at an artificially low price in order to get rid of an unwanted surplus.

But there have been other, safety-related, problems as well. In the past, the Food and Drug Administration has blocked shipments of honey from China because of contamination with antibiotics or heavy metals such as lead.