Accessibility links
Local Food Is No Small Potatoes: Farmers Rake In Almost $5 Billion : The Salt More than half of the $5 billion in local food sales came not from farmers' markets but from restaurants and grocery stores, according to a government report. Those points of sale have attracted bigger farmers who might not bother with direct-to-consumer sales. 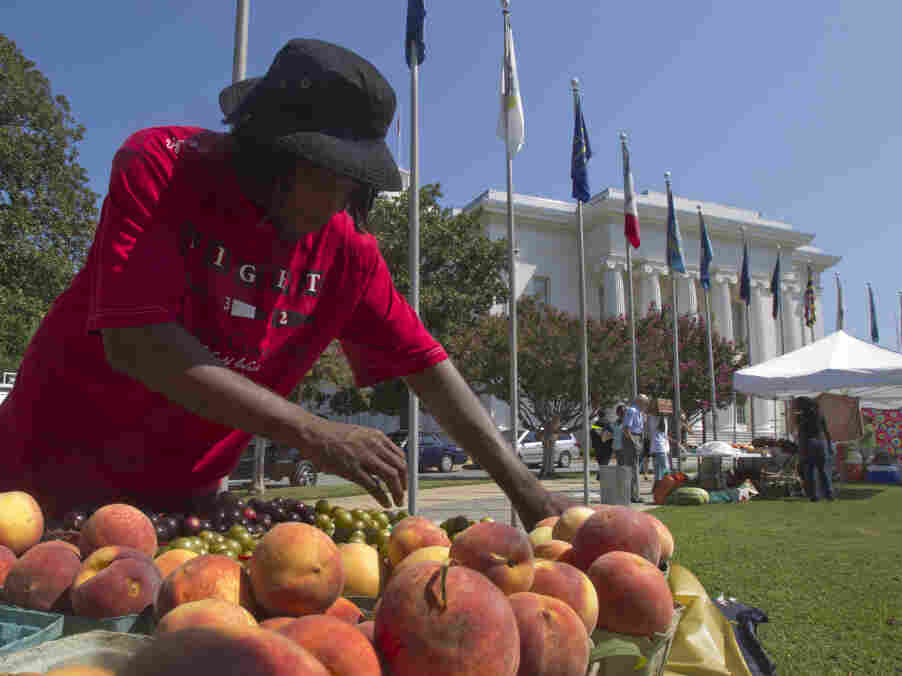 Desmond Brown sells fruits and vegetables at a farmer's market outside the Alabama Capitol in Montgomery, Ala. Dave Martin/AP hide caption 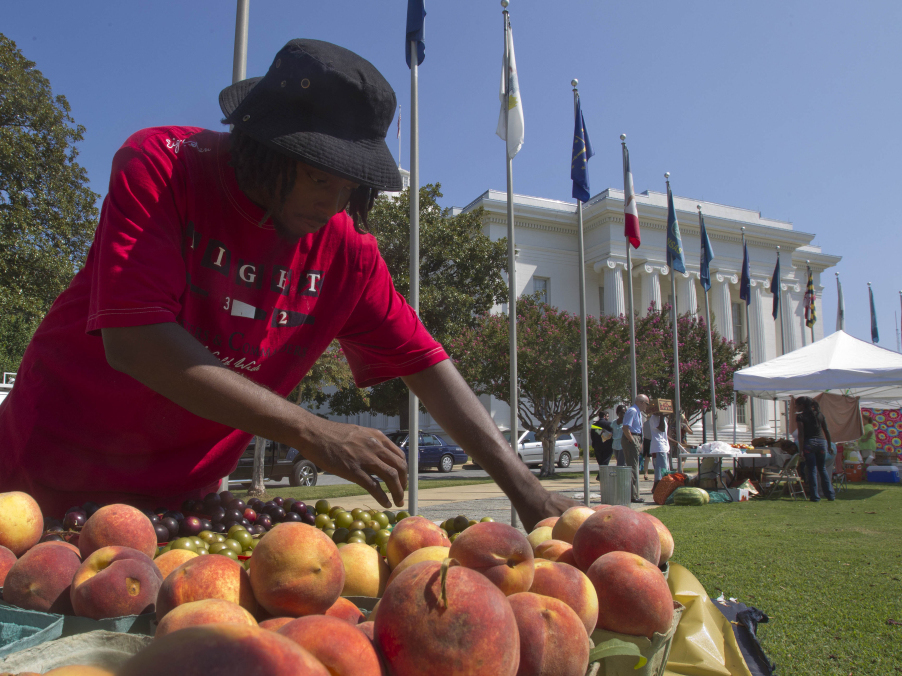 Desmond Brown sells fruits and vegetables at a farmer's market outside the Alabama Capitol in Montgomery, Ala.

It's easy to think of local food as a diversion for people with plenty of time and money — something that could never be a major source of food in a globalized world. But the number $4.8 billion might change that perception.

American farmers say they're selling $4.8 billion a year in fruits and vegetables in their local markets, according to a new analysis by the U.S. Department of Agriculture. Though the number of farmer's markets doubled between 1998 and 2009, the bulk of the new sales came from supermarkets and restaurants.

"There have been a lot of questions in the past if promoting local foods is even worth it," says Sarah Low, an economist with the USDA's Economic Research Service, who was co-author of the study. But these numbers, she tells The Salt, "suggest that there could be a lot more room to increase demand."

Indeed, the lion's share — $2.7 to $3.8 billion — came from farmers selling food through channels like restaurants and grocery stores. It was the first time the USDA has included those sales in surveying local food markets.

The restaurant and store markets are attracting bigger farmers who have too much produce to efficiently sell direct to consumers, Low says. "Forty percent of all fruit and vegetable producers are now selling locally," she added. And even though her numbers don't explicitly track growth, "that to me suggests some growth."

This survey asked farmers about their 2008 crops, and they don't include two hot new markets — sales of local produce to schools and institutions like hospitals and prisons. (The USDA launched a program to nurture partnerships between local farms and schools earlier this year.) Lowe says future surveys will include those as well.

Although the $4.8 billion number sounds big, it represents just 2 percent of American agricultural sales. The rest — 98 percent — comes largely from sales of big commodities like soybeans and corn. Even so, the next set of numbers on local food sales from USDA should reveal whether local food is a fad, or a business model that's here to stay.