Accessibility links
Renoir's Perfect Lunch Is Not About The Food : The Salt A curator describes Renoir's "Luncheon of the Boating Party" as a painting of the perfect meal where the food doesn't really matter. 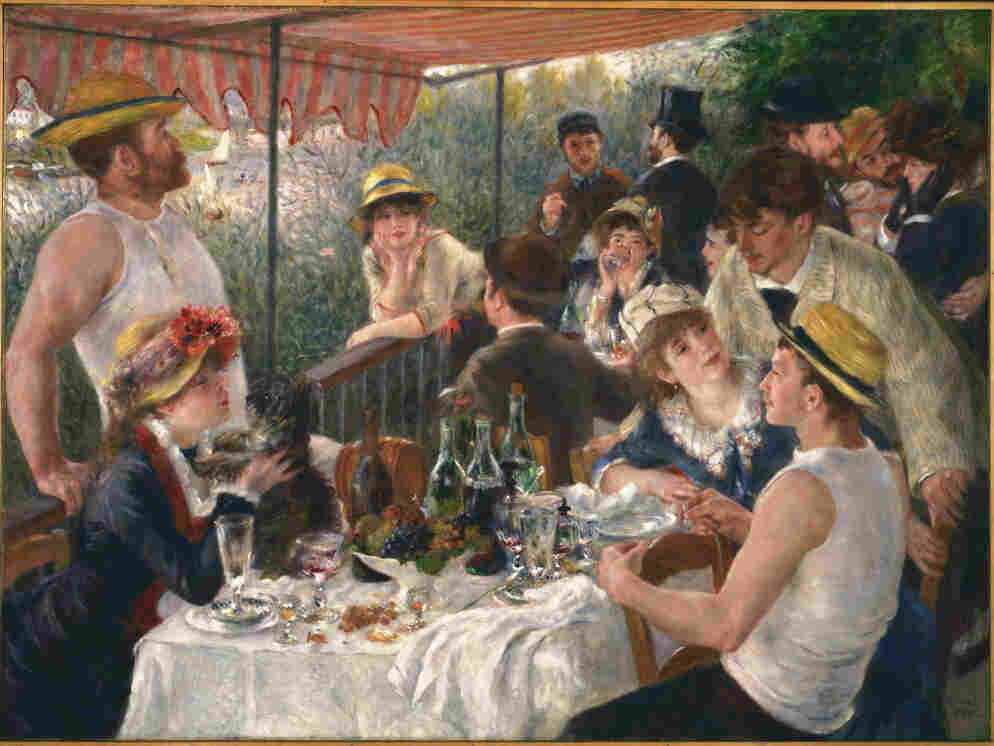 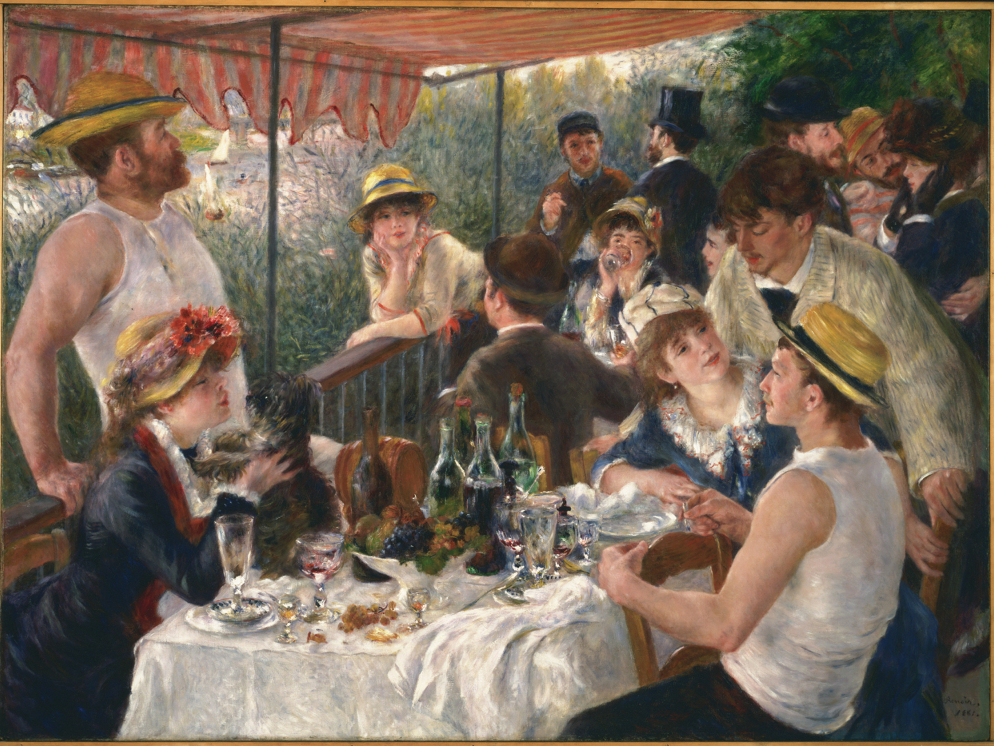 Courtesy of The Phillips Collection

Our friends over at Food & Think, a Smithsonian blog, had a nice little post not long ago about one of Pierre-Auguste Renoir's best loved paintings of a Paris café. "Luncheon of the Boating Party" is a jolly scene of men and women flirting and chatting over lunch. But if you look closely, it's hard to tell just what they're eating.

"It's like a painting about the most perfect meal that ever was—but you can't tell what most of it was. It's the end of the meal. And I think that's one of the reasons why it's such a beguiling picture. It's of that time that comes when everyone has had a delicious meal, they've all gathered, they've focused on the food and now they're just focusing on each other and this beautiful day and they don't want it to be over. And we've all had those kinds of experiences where you want to linger and those are the best meals we ever have."

Who knows if Renoir joined the luncheon or if he was just there to observe. Even if he did tuck in, he can be forgiven for not paying much attention. As NPR's April Fulton has reported, most people remember less about the food than the company when dining out. Food & Think confirms that Renoir wasn't much interested in food, though he could paint a pretty mean still life.

The painting is part of the permanent collection at the Phillips Collection in Washington, D.C.