Accessibility links
Relax, Folks. It Really Is Honey After All : The Salt The honey on supermarket shelves is probably real honey, after all. But claims that illicit Chinese honey was being sneaked into the U.S. market reveal how quick we are to assume the worst about supermarket foods — and imports. Closer analysis reveals a more complex tale.

Relax, Folks. It Really Is Honey After All

Relax, Folks. It Really Is Honey After All 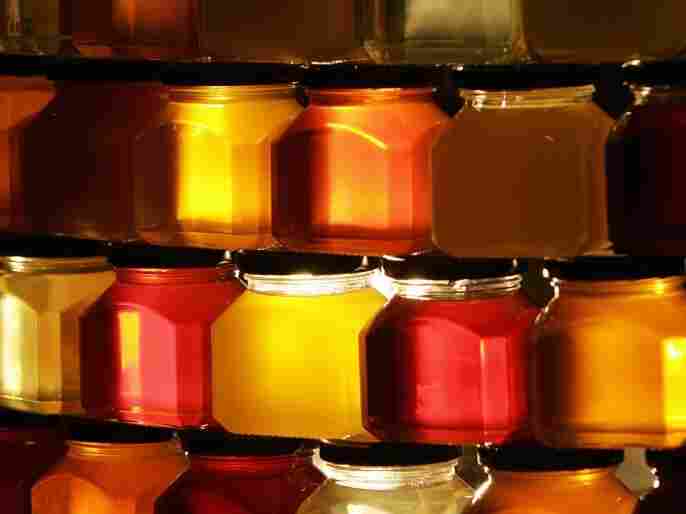 When is filtered honey really honey? The answer may lie in the politics of imported food. Filippo Monteforte/AFP/Getty Images hide caption 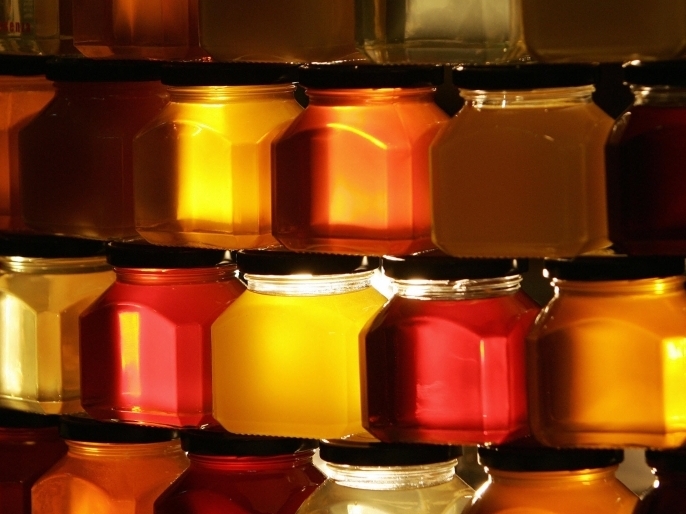 When is filtered honey really honey? The answer may lie in the politics of imported food.

Maybe we're too inclined to believe the worst about supermarket food.

How else to explain the reaction to a recent report about honey on the web site Food Safety News? Food Safety News is published by a lawyer who represents plaintiffs in lawsuits against food manufacturers and processors.

The post, by journalist Andrew Schneider, claimed that most honey on supermarket shelves isn't really honey. As evidence, the site cited tests showing that there is no pollen in most of that honey. (Raw honey contains lots of pollen, which bees collect along with the nectar that they turn into honey.)

If there's no pollen, asserted the story, then the honey must have been "ultrapurified," a technique that can involve diluting honey with extra water, running it through extremely fine filters, and then removing the water.

The article implied that this was part of a deliberate attempt to prevent anyone from detecting illicit honey from China. (The United States blocks imports of Chinese honey because U.S. officials decided that it was being sold at artificially low prices, undercutting American honey producers.) Schneider also reminded his readers that Chinese honey has had a history of safety problems, including contamination with banned antibiotics and lead.

Got that? Food that doesn't deserve its name, processed beyond recognition, probably adulterated, maybe unsafe, of unknown origin. It sounded so right, plenty of people decided that it just had to be true.

Here at NPR, we found the post interesting, too. But then we decided to look into it a little more closely. We talked to honey companies, academic experts, and one of the world's top honey laboratories in Germany. The closer we looked, the more misleading the story in Food Safety News seemed.

First of all, we learned that missing pollen actually is not evidence of "ultrapurification." We visited one of the country's top-tier honey packers, Dutch Gold, in Lancaster, Pa. We saw raw honey getting pumped through layers of white filters. Before the honey hit the filters, a powdered sedimentary rock called diatomaceous earth was added.

This is a standard, widely used process. It removes all the pollen, along with dust, bees' wings, and, of course, the diatomaceous earth. But it is not ultrafiltration, which filters out much more and produces a sweet substance that is no longer, in fact, honey.

"Consumers don't tend to like crystallized honey," says Jill Clark, vice president for sales and marketing at Dutch Gold. "It's very funny. In Canada, there's a lot of creamed honey sold, and people are very accustomed to honey crystallizing. Same in Europe. But the U.S. consumer is very used to a liquid product, and as soon as they see those first granules of crystallization, we get the phone calls: 'Something's wrong with my honey!'"

There's an exception to this filtration process. Dutch Gold also packs organic honey from Brazil, and organic honey doesn't go through nearly as fine a filter. Clark says that this is because organic rules prohibit the use of diatomaceous earth in the filtering process.

Of course, the raw honey that Dutch Gold gets in 50-gallon drums does contain pollen. As part of a recent auditing process, the company sent samples of imported honey that it received from India and Vietnam to a laboratory in Germany. There, scientists analyzed the pollen in that raw honey, and came to the conclusion that it was, in fact, from flowers that grow in the countries that claimed to be producing that honey.

Bottom line: Supermarket honey doesn't have pollen, but you can still call it honey. Call it filtered honey. And the lack of pollen says nothing about where it may have come from.

Now, could there still be fraud going on, involving ultrafiltration and Chinese honey? Yes, but not in the way described by the Food Safety News article.

Some people suspect that Chinese exporters are ultrafiltering some of their honey and sending it to, say, India. There, it could be mixed into raw Indian honey and exported to the US. Pollen analysis would show that this honey was from India, although at least one expert, Vaughn Bryant at Texas A&M University, says that he's seeing imported honey with an unnaturally low concentration of pollen. This, he says, could be evidence of ultrafiltration. Or it could be the kind of filtration done in the U.S., which also removes pollen.

One more thing: It's worth remembering that Chinese honey is barred from the U.S. not because it's unsafe, but because U.S. officials decided it was too cheap. Chinese honey has had more than its share of safety problems. But there's also plenty of perfectly good Chinese honey for sale on the world market. The European Union is much more fussy about honey quality than the U.S., yet the EU imports lots of honey from China.