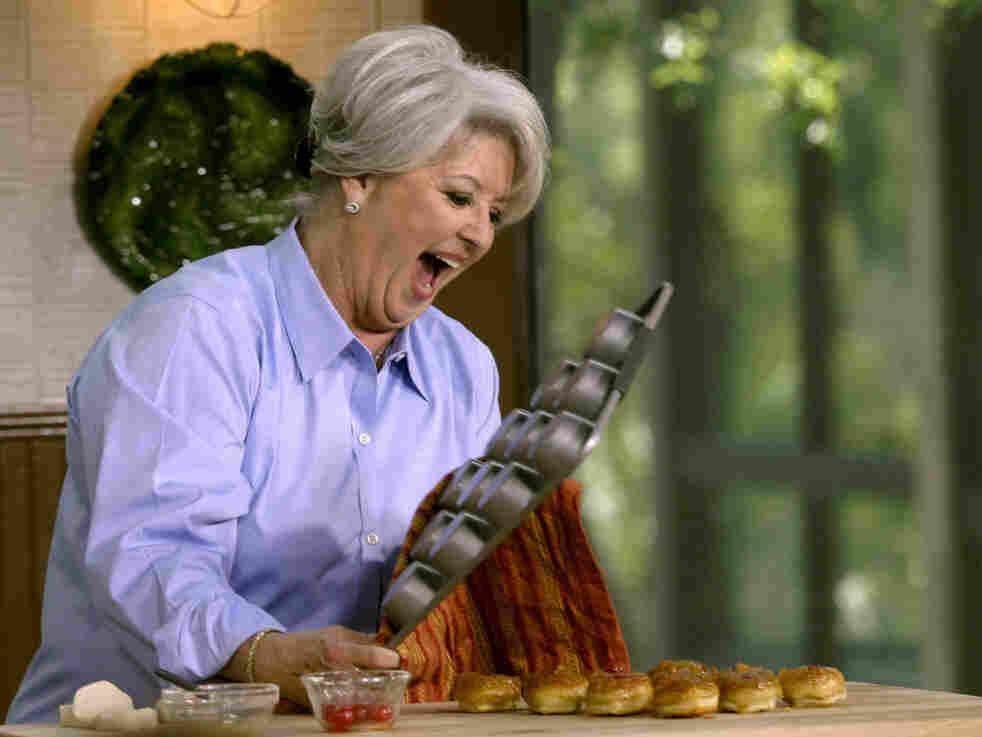 For fans of TV chef Paula Deen (seen here in a photo from 2006), her appeal lies not in the recipes, but in that feeling that she's talking just to you. Courtesy of Food Network/AP hide caption 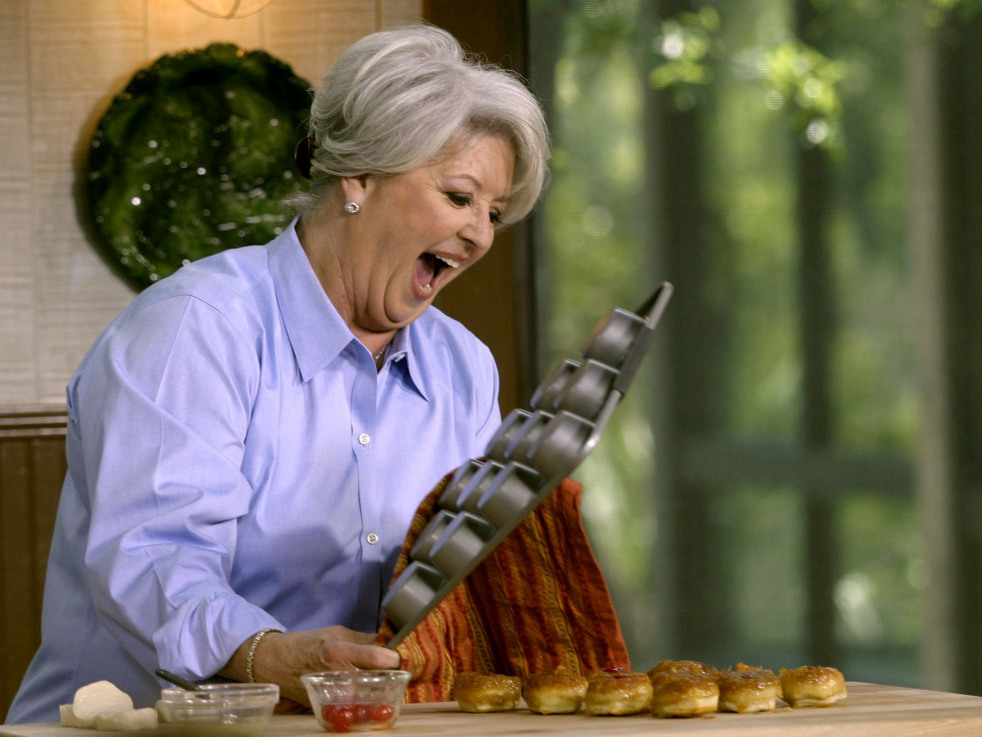 For fans of TV chef Paula Deen (seen here in a photo from 2006), her appeal lies not in the recipes, but in that feeling that she's talking just to you.

When I heard Paula Deen was coming to town, the image that leaped to mind was a fried cheesecake, deep-fried. She actually makes this!

At a time when it's trendy to take things out of food (think: gluten-free, sodium-free, fat-free), Paula Deen unapologetically puts it all back in. She loves all that stuff we're told to eat less of: butter, mayonnaise, sour cream. Did I say butter?

So I wanted to go see what makes her fans so enthusiastic. They wait in line to see her live, even though she's all over the Food Network. At the Metropolitan Cooking & Entertaining Show in Washington earlier this month, I met lots of them.

"She's awesome," Linda Fortanata told me while waiting for a good seat. "She cooks everyday food I can relate to!"

"You just can't help but fall in love with her," Rona Schwartz gushed.

"She makes an amazing apple pie!" Michelle Morgan chimed in.

Apple pie, really? I was scratching my head, trying to make sense of the crazy-for-Paula phenomenon. Doesn't everyone have an apple pie recipe?

And then it dawned on me. It wasn't about the pie. It was about Paula.

On stage, Paula started laughing and telling stories. Each of us felt as if she were speaking directly to us. We'd each just pulled a chair right up to her kitchen table.

"She reminds me of my mom," Alison Keen told me. "Just hanging out in the kitchen."

At a time when lots of people live alone, or have fractured families, knowing Paula Deen fills a void for people, even if it's on TV.

"They feel an intense emotional connection, I think," explains food anthropologist Christine DuBois. "She's very natural, very warm." And for some, DuBois says, "she becomes that wonderful neighbor or that grandma who's missing in our lives."

For all the adoration of her fans, in recent months Deen has been attacked for promoting food so unhealthy that some critics call it dangerous. That was TV chef Anthony Bourdain's complaint. "I would think twice before telling an already obese nation that it's OK to eat food that is killing us," he told TV Guide.

Deen fought back, telling Bourdain to "get a life."

"I couldn't care less what he thinks," she told me when I asked her about the war-of-words during an interview. "I believe in live and let live."

And she's created her own kerfuffles. Last month, Deen told the Washington Examiner that Michelle Obama had really chowed down on so-not-healthy fried shrimp when she appeared on Deen's show in 2008. "She probably ate more than any other guest I've ever had on the show," Deen said.

The comments grabbed attention, since the first lady campaigns against obesity and champions healthy eating through her Let's Move campaign for children.

"I found her (Michelle Obama) to be a delightful woman who appreciated my fried shrimp so much," Deen told me. "I totally agree with her campaign," both the emphasis on healthy food and the effort to get kids off the sofa.

As for her own exercise habits? Hmmm. "I've heard that about exercise ... that it is addictive." Deen told me she'd like to start walking on a treadmill, one of these days. "I've got to see if I can get myself addicted."