Accessibility links
Unilever: Restaurants Need To Cut Food Waste : The Salt Up to now, food waste hasn't been a big priority for Unilever, though it's one of the central flaws in the global food system. Now, the company is realizing that it's a big concern among diners. 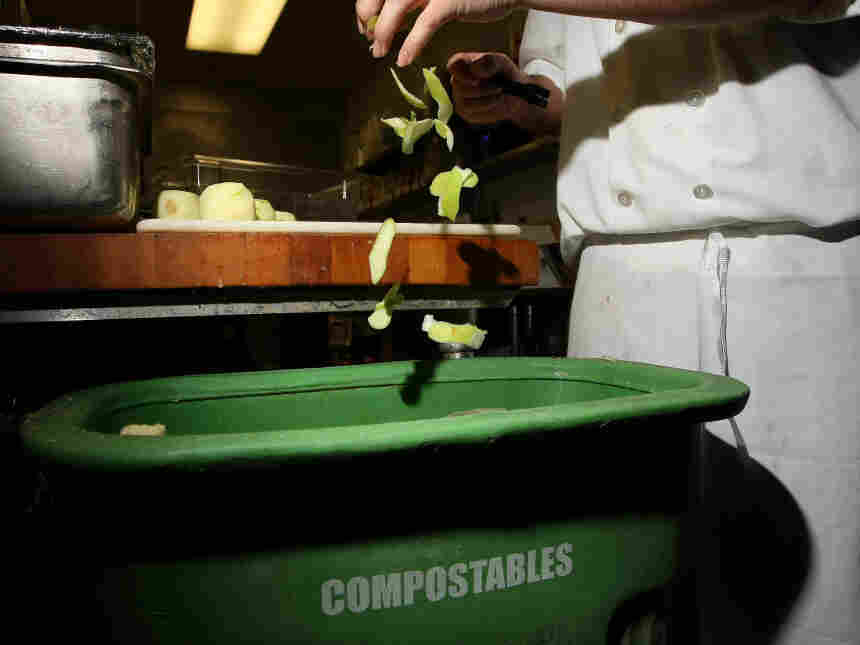 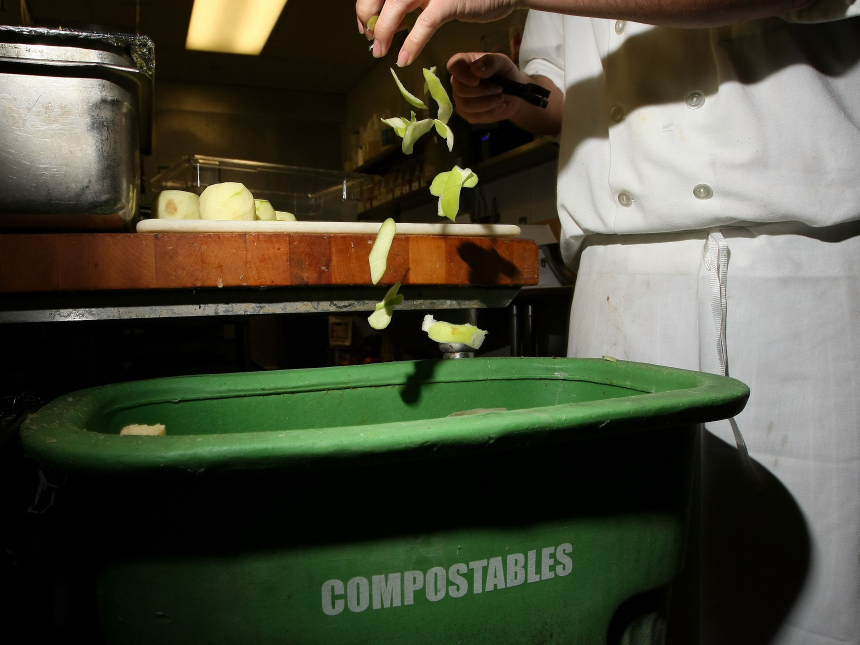 Unilever, the Anglo-Dutch conglomerate that makes blockbuster food products like Hellmann's mayonnaise and Skippy peanut butter and supplies thousands of food-service companies in 74 countries, is a Fortune Global 500 company. If it decides it wants to do something about food waste, it could keep a lot of perfectly tasty morsels out of the garbage heap.

But up to now that hasn't been a big priority, though food waste has emerged as one of the central flaws in the global food system. That's according to the U.N. Environment Program, which found in 2009 that more than half the food produced today is either lost, wasted or discarded.

Much of that wasted food never reaches consumers (it happens at the farm), but food-service providers are still a big part of the problem: A single restaurant in the U.S. can produce approximately 25,000 to 75,000 pounds of food waste in a year, according to the Green Restaurant Association.

Unilever's Food Solutions division, which sells food to restaurants, hotels, chains and contract caterers, this month conducted a survey on what consumers around the world think about food waste. Some 4,000 diners in the United States, United Kingdom, Germany, China, Russia, Poland, Brazil and Turkey were asked about their attitudes toward the food-service industry's disposal methods and sustainability practices.

Most surprisingly, 80 percent of U.S. diners said they are concerned about the amount of food thrown away every day in restaurants and cafeterias. And nearly half of them said they would be willing to pay more for meals at establishments they knew were limiting food waste.

According to Kara Phillips, a Unilever channel marketing manager who sits on the company's sustainability council, these results were pretty surprising.

"We knew food waste was a big issue, but you never know how it will resonate with the everyday consumer," Phillips tells The Salt. "Half said they would pay more to support places that limit food waste. That's a really big deal; that's pretty profound."

This should prove as ample incentive for the company's new "United Against Waste" campaign, which wants to help the U.S. food-service industry cut waste. Phillips says that people working at the restaurants and cafeterias Unilever supplies need help figuring out how to best use stuff in the pantry. They'll also be encouraged to compost what isn't edible.

"If you're roasting turkey, how do you use the scraps ... that you might have thrown away?" says Phillips. "Maybe it can go into a soup or salad."

Of course, if you're a restaurant and you get good at making more with less, you might end up buying less food from Unilever. And so far the company doesn't have any concrete targets for how much waste it can actually prevent. But Phillips seems to think that a more efficient food supply chain won't hurt sales. "Ultimately, people are always going to be eating out," she says. "We just want to bring forth best practices."

Others are encouraged by Unilever's move, including Jonathan Bloom, author of American Wasteland, a chronicle of food waste in the U.S.

"There aren't too many food companies that are even thinking about the topic of waste," says Bloom. "And there is real potential for reducing and donating edible and unsellable food to cut waste."