Accessibility links
Nestle To Investigate Child Labor On Its Cocoa Farms : The Salt Nestle, the world' largest food company, has hired an organization that specializes in accountability to investigate and document child labor on the cocoa farms that supply its chocolate in Côte d'Ivoire.

Nestle To Investigate Child Labor On Its Cocoa Farms

Nestle To Investigate Child Labor On Its Cocoa Farms 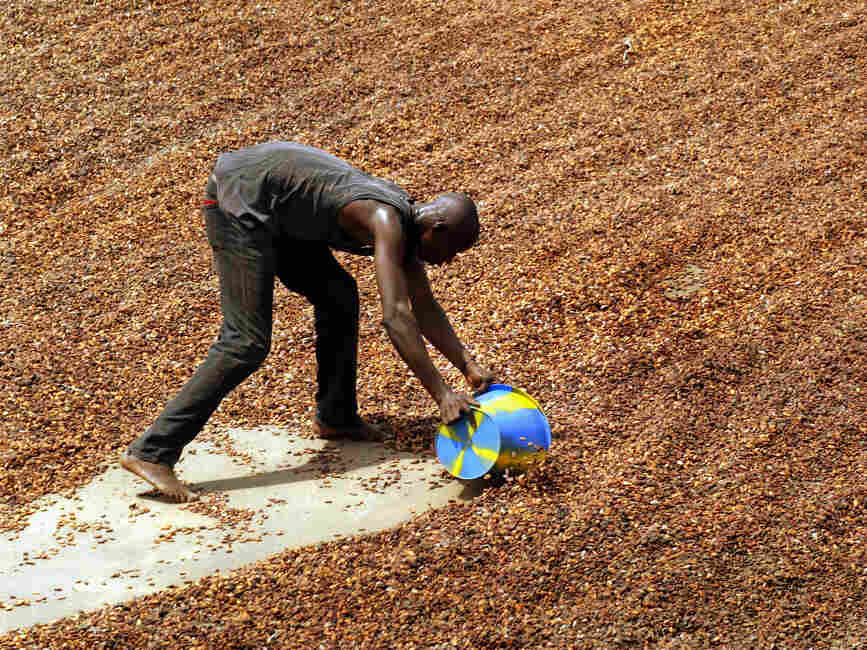 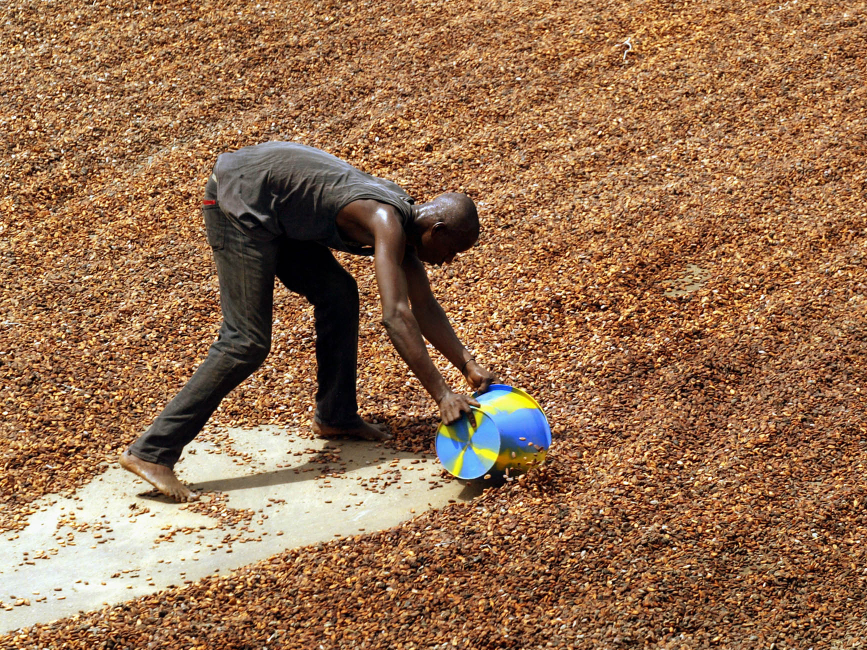 A worker shovels cocoa beans drying in the sun for export, in Guiglo in western Ivory Coast.

Politicians and food executives have been talking about ending the problem of child labor in the West African cocoa industry for the last decade. After shocking revelations that hundreds of thousands of children were forced to harvest cacao beans under abusive conditions, companies pledged to address the practice as "fair trade" entered their lexicon.

But 10 years later, labor advocates say the chocolate industry doesn't have a lot to show for itself on this issue. In 2009, the U.S. Department of State estimated that there were still more than 109,000 children working in Ivory Coast's cocoa industry, and about 10 percent were victims of human trafficking or enslavement.

Perhaps that's why Nestlé, the world's largest food company, has just hired an organization that specializes in accountability to investigate and document child labor on the farms that supply it with the cocoa that ends up in millions of chocolate bars.

Beginning in January, the Fair Labor Association, Nestle's new partner, will send a team of independent assessors to Ivory Coast to map the cocoa supply chain. The group has conducted similar investigations with companies in the textile, manufacturing and other industries in countries around the world. But Nestlé is the first food company to open up its supply chain to FLA's scrutiny.

"Our system is a very robust system; it's really only for companies ready to 'walk the walk,'" Auret van Heerden, president of CEO of the Fair Labor Association, tells The Salt. "There's a lot of work to be done and Nestlé knows that, but they're showing commitment and seriousness."

If FLA finds evidence of child labor, it will advise Nestlé on what to do about it, Nestle says. "Child labor has no place in our supply chain," said Nestlé's Executive Vice President for Operations José Lopez in a statement. "We cannot solve the problem on our own, but by working with a partner like the FLA, we can make sure our efforts to address it are targeted where they are needed most."

Ivory Coast and other West African countries produce 75 percent of the world's cocoa. But as NPR's Maria Godoy has reported, bulk beans grown in Africa represent just a small sampling of the many flavors of cacao. That's inspiring chocolate explorers to scour the Amazon Basin in search of a new bounty of wild cacao.