Accessibility links
To Kill Or Not To Kill Horses That Others May Eat? : The Salt President Obama has signed a bill to reopen slaughterhouses for horses. While some animal welfare groups say the facilities are inhumane, others say the alternative is no better.

To Kill Or Not To Kill Horses That Others May Eat?

To Kill Or Not To Kill Horses That Others May Eat? 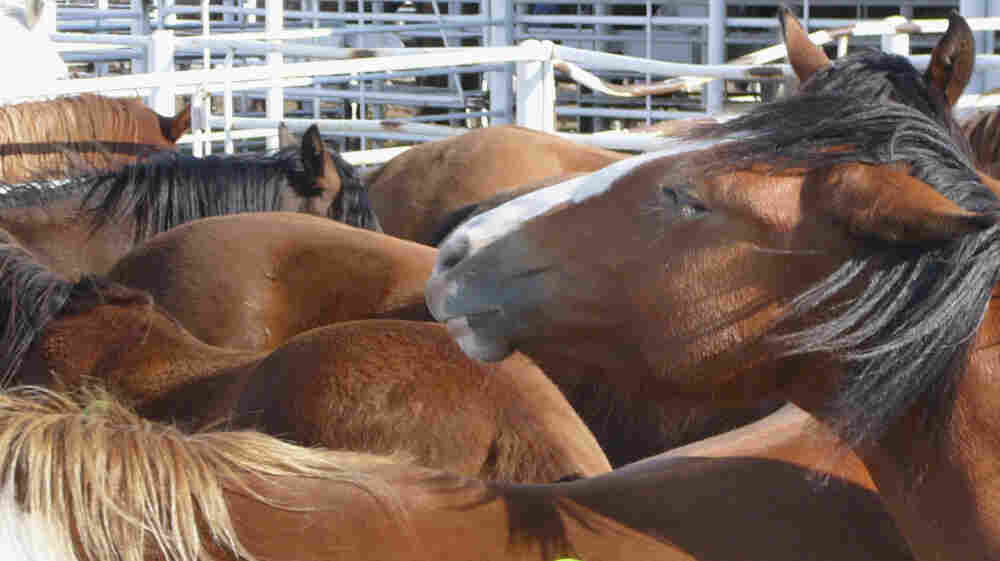 Since the ban on U.S. slaughterhouses in 2006, tens of thousands of unwanted or aging horses were exported to Canada and Mexico for slaughter. Nate Jenkins/AP hide caption 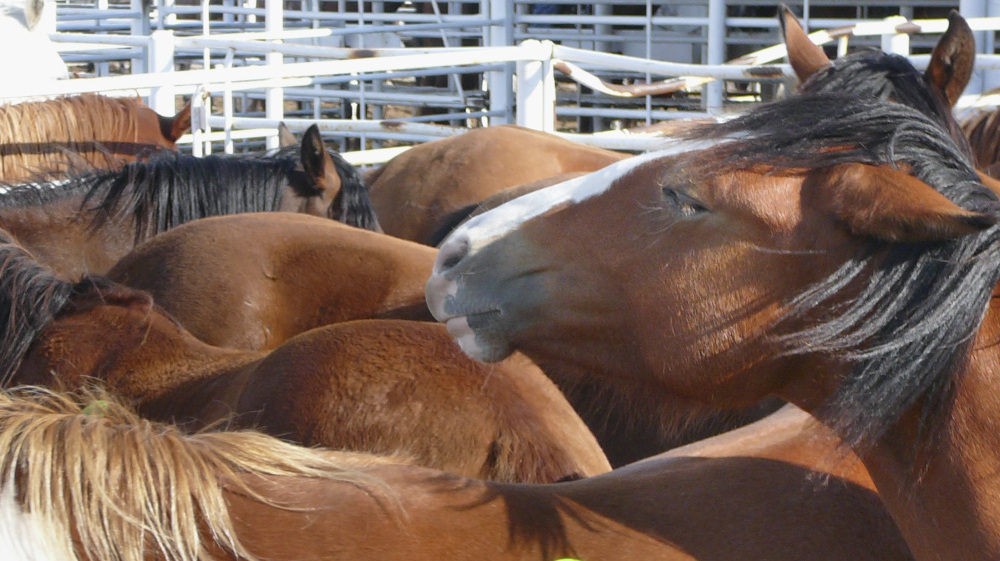 Since the ban on U.S. slaughterhouses in 2006, tens of thousands of unwanted or aging horses were exported to Canada and Mexico for slaughter.

The thought of eating Mr. Ed or Seabiscuit is likely to pull the heartstrings of most Americans. But there are plenty of people around the world who see our horses as just another source of protein and energy.

In November, President Obama signed a bill that included a provision to reopen American slaughterhouses for horses after a five-year ban on inspecting the facilities, which forced their closure. With the economy hurting for new jobs, slaughterhouse proponents say it's a good time to renew the practice to meet demand for horse meat in countries like France and Japan, where it's sometimes served as sashimi.

Killing horses for their meat may sound inhumane, but the issue is not so clear-cut. A recent study by the Government Accountability Office found that horse neglect and abandonment have been on the rise over the last few years. That has divided animal welfare groups over the practice of slaughter — the same groups who helped push the slaughterhouse ban through in the first place.

Some of those in favor of regulated slaughter argue the practice is more humane than letting horses languish and suffer in old age. People for the Ethical Treatment of Animals, or PETA, agrees that the ban had unintended consequences and led to additional suffering, according to the L.A. Times. Recently, many horses that would have been slaughtered in the U.S. have instead been shipped under inhumane conditions to Mexico and Canada, PETA told the Times.

Other groups say the onus falls on horse owners to find a humane way to end their animals' lives.

"Being a horse owner is a choice," Lauren Silverman Simon of the Humane Society tells The Salt. "If someone can no longer care for their horse, there are a number of options available."

But euthanasia is pricey, and many owners may not seek out a sanctuary for their sick horses. "You see a lot of malnourished and abandoned horses that probably would have been humanely slaughtered before," horse trainer Windy Allen told The New York Times in October.

Traditionally, ranchers sold their unwanted and free-roaming horses to slaughterhouses. It helped cull the population, gave a purposeful ending to an animal's life, and put a few dollars in a rancher's pocket, proponents say.

In North America, horses were essential for heavy work and transport, which helped forge a sentimental connection between early Americans and horses. "Originally the horse was utilitarian and gave settlers a tremendous advantage in the conquest of the U.S.," says anthropologist and author Susanna Hoffman.

Horse meat has appeared on U.S. menus in hard times (think World War II). But even though Americans have become more adventurous gastronomes in recent years, Hoffman is doubtful it will ever make a comeback. "It's never been a U.S. custom to eat their meat," she says.