Accessibility links
Turning To Big Business To Solve The Obesity Epidemic : The Salt The Partnership for a Healthier America, chaired by first lady Michelle Obama, has inked more than 20 deals with food companies from Walmart to Hyatt. The hope is that small changes to promote more healthful food within a big industry can help halt the obesity epidemic. 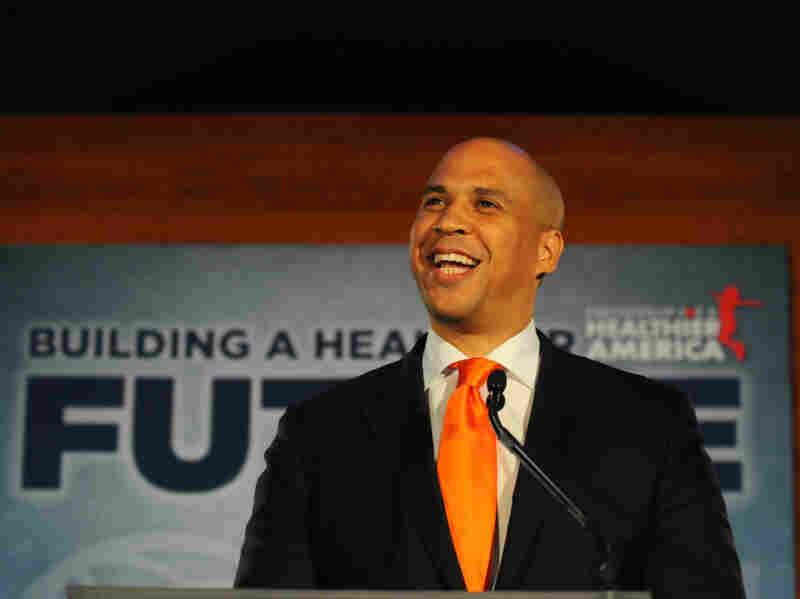 Cory Booker is mayor of Newark, New Jersey and honorary vice-chair of the Partnership for a Healthier America. Doug Van Sant hide caption 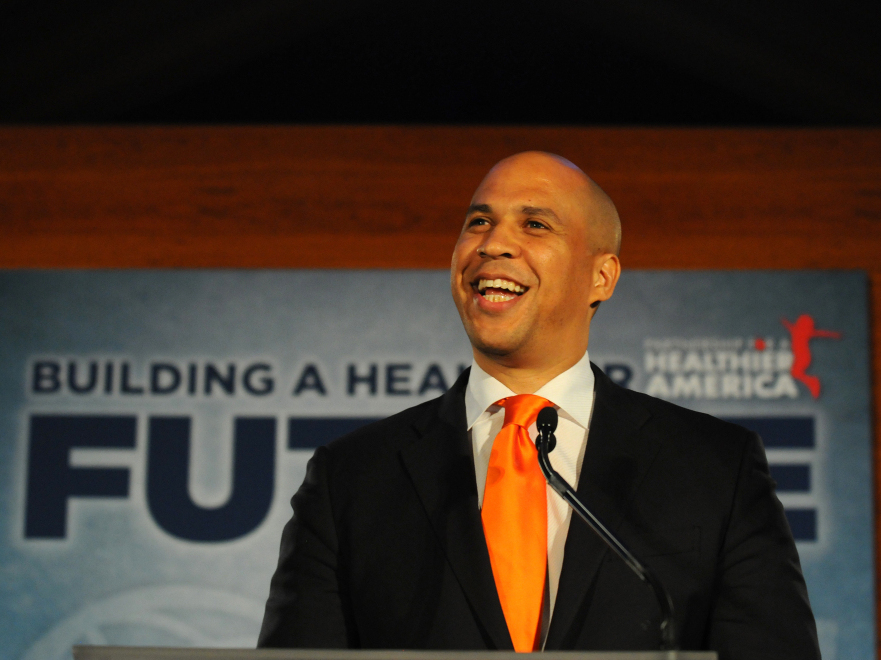 Cory Booker is mayor of Newark, New Jersey and honorary vice-chair of the Partnership for a Healthier America.

The Partnership for a Healthier America is a Washington-based group and has Washington's most prestigious woman as its honorary chair: first lady Michelle Obama.

But this coalition to fight childhood obesity is focused on what needs to happen outside this town, namely in the private sector, to halt the epidemic. And in the last 12 months, it has managed to ink almost 20 deals with some of the biggest food companies in the country.

At the PHA summit this week, Cory Booker, mayor of Newark, New Jersey and PHA honorary vice-chair, told NPR he's encouraged by the commitments companies such as Wal-Mart, Hyatt and Darden Restaurants are making to help change the retail landscape of food.

He added that if more companies that sell and serve food change the way they do business — by offering and encouraging more healthy choices — a lot can be accomplished.

Increasingly, he says, more companies are stepping up and saying "we're going to be one part of the movement." Wal-Mart is one case in point, he says. The nation's largest retailer is working with its suppliers to try to bring down the prices of fresh food and "better-for you" options.

"There's a lot you can do to leverage size and scale to get to lower cost," Andrea Thomas, a Wal-Mart vice president who oversees sustainability and healthy eating, told NPR. For example, she says her customers used to pay more for healthier, whole-wheat pasta. Now, "you can pay same for whole-wheat as you would for white pasta," says Thomas.

This week Hyatt pledged to overhaul the way it markets kids' meals at its hotels and resorts. Beginning next year, the company says more fruits and veggies will be offered with meals and milk will now be the default (sugary soft drinks will no longer be marketed on the menus).

"We'd like families to get used to it," says Larry Soler, CEO of PHA, says. "We're seeing this — the rethinking of kids meals in restaurants — as a new trend."

And what has motivated companies to make these changes? "None of these companies are going to move forward unless they see that it's going to be good for their bottom line," Soler says.

Many companies are starting out with baby steps. "We're going to be making changes silently and slowly," says Cheryl Dolven, director of health and wellness at Darden Restaurants, which operates familiar chains such as Olive Garden and Red Lobster. She points to her company's pledge to reduce sodium by 20 percent of the next decade. And she says her clientele won't even know it's happening.

When I first heard about these agreement, I have to admit that I was scratching my head a little. Can such incremental changes such as slight reductions to salt or small trims in portions of calories really make a measurable difference in the fight against obesity?

"No any one deal is going to solve this epidemic," Soler said.

Well, we've got to start somewhere. And if retailers help to get more fruits and vegetables and healthier foods into the hands of customers, the PHA says it's a good start.