Accessibility links
Superfood Kale In The Limelight : The Salt This week, Vermont Gov. Peter Shumlin told the world not to "mess with kale." But it seems kale has been outgunning other dark leafy vegetables for some time now.

Superfood Kale In The Limelight

Superfood Kale In The Limelight 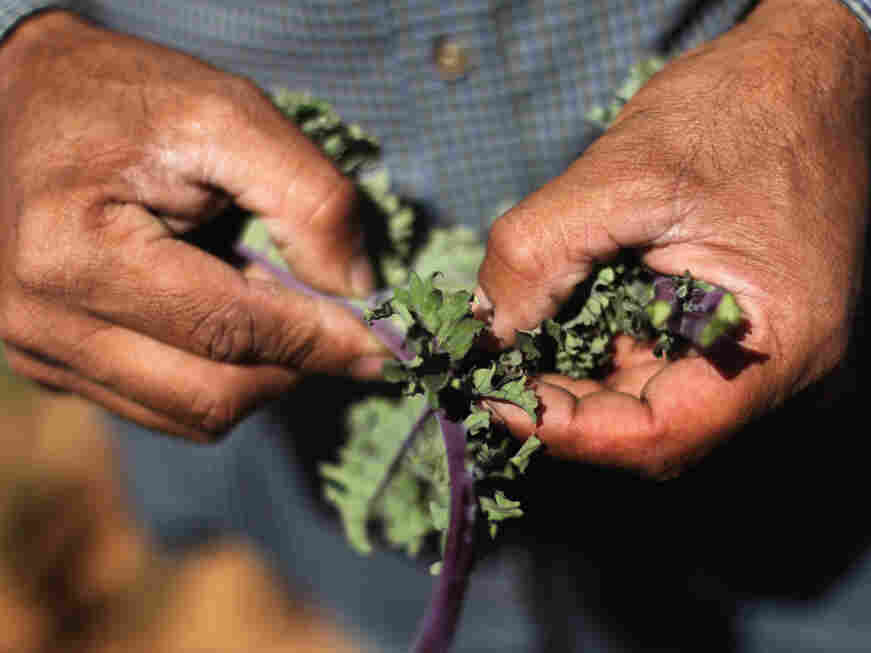 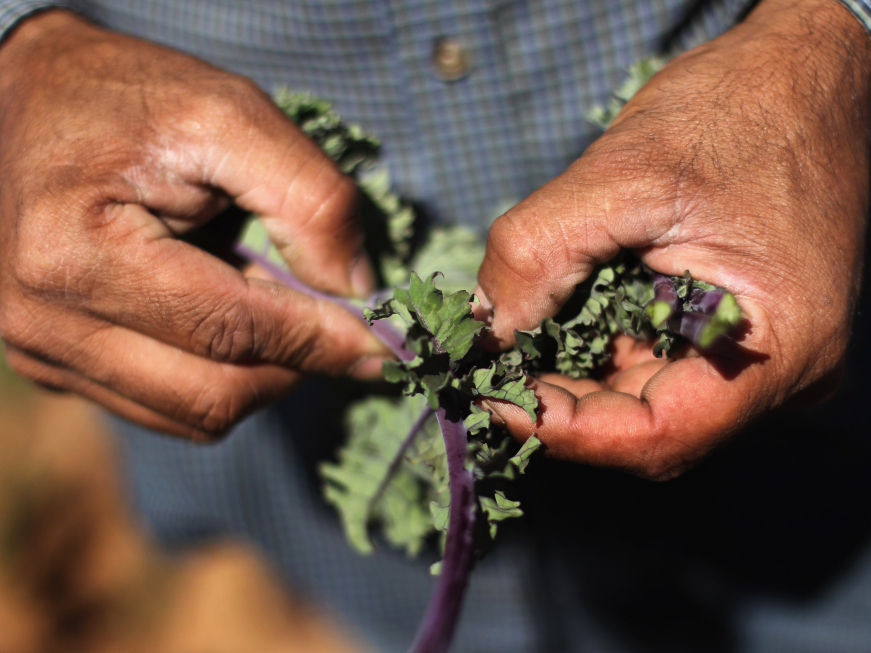 What is it with kale? That's what one of our producers asked this week, after hearing about the "Eat More Kale" standoff between Vermont t-shirt maker Bo Muller-Moore and the fast-food chain Chick-fil-A. (Check this story on last night's All Things Considered for more details.)

It's true that kale seems to be enjoying a certain limelight these days, and not just because Vermont Gov. Peter Shumlin was willing to say publicly, "Don't mess with kale."

Maybe it's because it's the only dark leafy green vegetable to break into the chip world. Pricey kale chips are suddenly being given prominent positions in upscale stores like Whole Foods. It's also creeping onto some unlikely restaurant menus — like an Olive Garden soup.

As Nancy Shute reported earlier this year, some farmers are now growing and selling several varieties of kale at once to meet demand: Scottish curly kale, red Russian kale and dark-leaved toscano, to name a few.

Why has kale gotten an edge on all the other dark leafy greens? Tamara Duker Freuman, a dietician and nutritionist with a fantastic blog called What I'm Eating Now, says kale scores a perfect 1,000 on the Aggregate Nutrient Density Index, a food-rating system that measures nutrients per calorie. "While I view the term 'superfood' with more than a healthy dose of skepticism (it's more of a marketing term than a nutrition term), I would be hard-pressed to come up with a food more deserving of the title," Duker Freuman says of kale.

Nutritionally, kale has Vitamins K, A and C, and calcium and iron going for it. The distinctive crunch of baked or fried kale is also likely to appeal to people of all ages, says Duker Freuman.

Kale's advantage might also be in its flavor. According to Kitchen Window contributor Susan Russo, kale and spinach are among the sweetest greens. Collards, meanwhile, are earthy and grassy, while turnip and mustard greens in contrast have a distinctively bitter flavor.

Though we may think of kale as a farmers' market item, it was originally a food of Europe and then of Africa. It's also been on Southern menus for centuries, along with collard greens. This is one reason a new African-American food pyramid has a prominent layer devoted entirely to greens: collards, chard, kale and spinach. And don't forget that sukuma wiki, kale or collards chopped fine and sauteed, is a staple in Kenya.