Accessibility links
Farewell To Argentina's Famed Beef : The Salt Over the past decade, Argentina's cattlemen have quietly shifted their cows from grass to grain. Blame soaring world prices for commodities like soybeans, as well as government policies discouraging export. Argentine chefs say the switch to grain-fed beef marks the loss of a cultural icon. 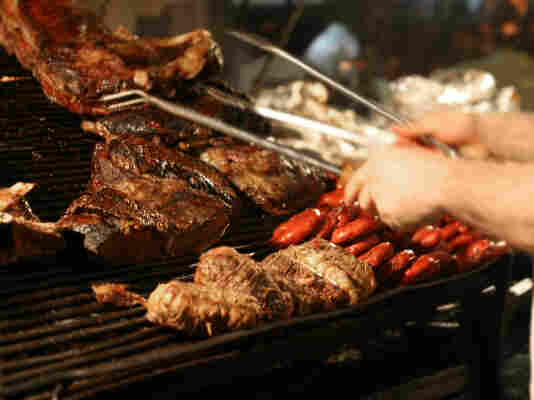 Argentina has long been famous for its grilled beef. But that beef isn't what it was. Galina Barskaya/iStockPhoto.com hide caption 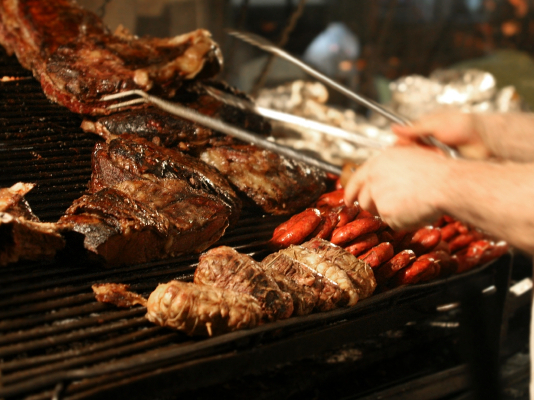 Argentina has long been famous for its grilled beef. But that beef isn't what it was.

When I think of Argentina, I think of beef from cows that graze on the endless pampas, tended by watchful gauchos. That grass-fed beef has been the centerpiece of Argentina's most famous dish, a slow-cooked asado on the parilla.

But while in Buenos Aires last week, I discovered that the pampas-raised beef of my reveries is practically a thing of the past. Today, most cattle in Argentina are raised in feedlots, just like in the U.S. That transition has been driven by soaring prices in the global grain markets over the past decade, making it far more profitable to raise soybeans, wheat and corn than herd cattle.

That may be good news for grain farmers, but it's not a welcome change for the chefs of Buenos Aires. "It's politics, not gastronomy," says Javier Urondo, chef and owner of Urondo Bar and Restaurant in the Parque Chacubuco neighborhood.

Urondo would much rather buy grass-fed beef, but says it's impossible because the industry doesn't identify meat by production method. "There's no way of knowing," the affable 54-year-old told me over a late lunch at Bar Seis in the Palermo Soho neighborhood. "Even my butcher doesn't know."

And because the change has been gradual, Urondo says, most customers don't notice the difference. (That thought was seconded in a September report on Argentina's beef production by the U.S. Department of Agriculture's Foreign Agricultural Service.)

Dan Perlman, an American chef and writer living in Buenos Aires who runs his own "secret" restaurant, Casa SaltShaker, has also noticed the difference. "When I first came to Argentina, I said, 'This is what beef is supposed to taste like!' Now, it's just steak," Perlman says. 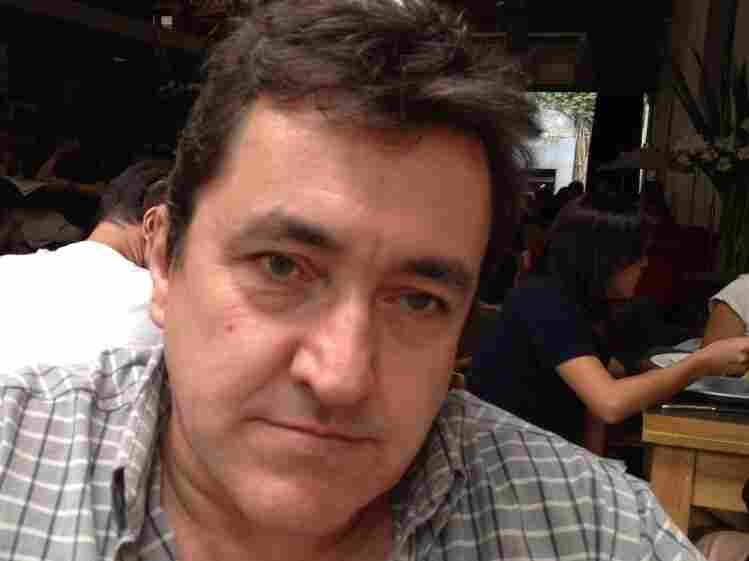 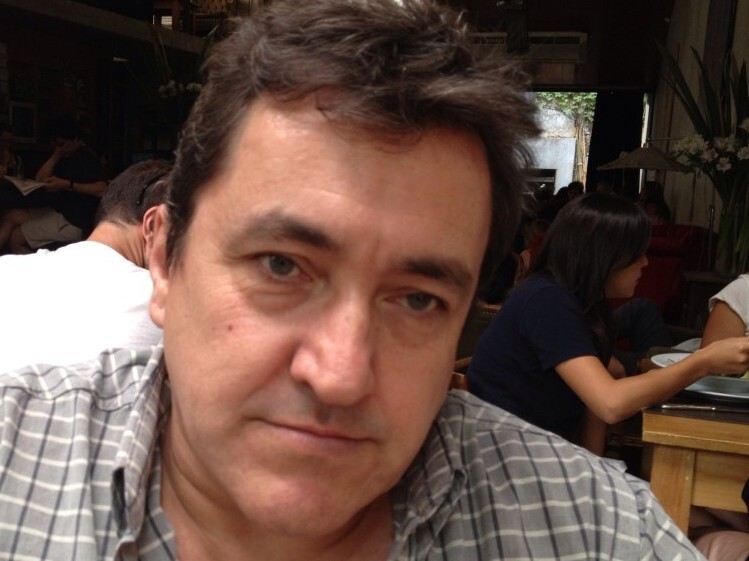 How exactly does grass-fed beef taste difference from grain-fed beef? As NPR's Allison Aubrey has reported, the meat from cows that dine on grass may be chewier and less fatty. She also cites a recent analysis from the Union of Concerned Scientists that found that grass-fed steak has about twice as many omega-3s as a typical grain-fed steak.

The flavor used to be a selling point for Argentina, which has a long, proud history as the world's great exporter of beef, starting way back in the 1800s. But in recent years Argentina has ceded that crown to Brazil.

But that didn't suit the cattlemen too well. "The producers have responded by saying, 'we're going to switch to producing grains'," says Michael Boland, director of the Food Industry Center at the University of Minnesota. He's been following the transformation of Argentine beef closely, both as a researcher and as someone who loves to eat. "The Malbec and the beef," he recalls wistfully. "That, to me, is Argentina."

Neighboring Uruguay, though, has not abandoned grass-fed beef, Boland says. There, the beef industry focused on getting international certification for it, so it could sell to high-end markets in Europe.

Back at Bar Seis, Javier Urondo said though he's proud to have a hand in creating its culinary future, he can't help but regret the loss of the past. As he says now: "It's a long, long way from the gauchos."

As health and environmental issues surrounding feedlot farming start to get coverage in Argentina, it is possible that more diners will start to sympathize with Urondo, and demand the beef of the past.