Accessibility links
The Surprising Ingredient In Raw Cookie Dough That Could Make You Sick : The Salt When people get sick from eating raw cookie dough, raw eggs are usually to blame. But a 2009 outbreak of E. coli that sickened people who ate ready-to-bake Nestle Toll House cookie dough may have been caused by a surprising culprit: the flour. 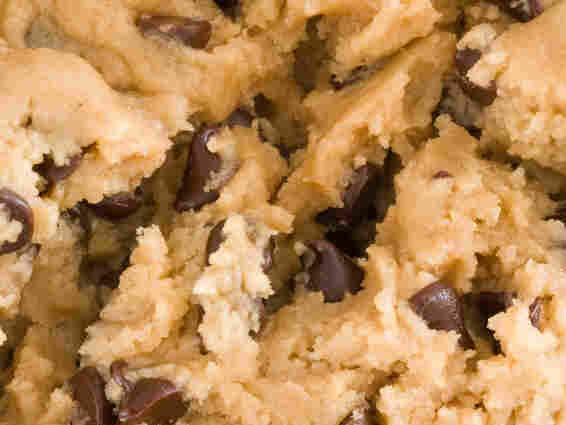 So tempting, but don't do it. Raw cookie dough can indeed make you sick. iStockPhoto.com hide caption 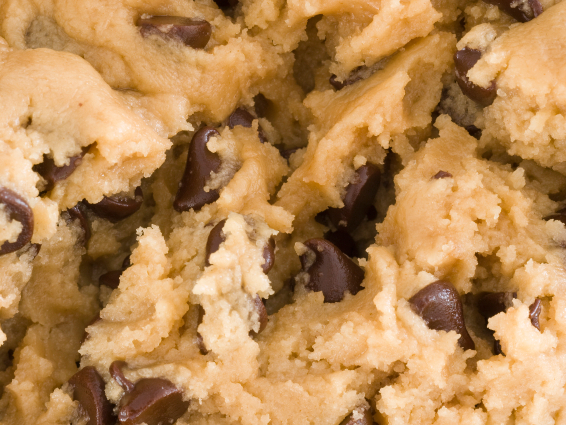 So tempting, but don't do it. Raw cookie dough can indeed make you sick.

Cookie dough may be one of the joys of the holiday season, but it's dangerous, at least for people who nibble it raw.

That's the lesson from a new study of a 2009 outbreak of E. coli bacteria, which sickened 77 people, most of them teenage girls and children. The outbreak was traced back to eating raw Nestlé Toll House cookie dough. It was the first time that packaged cookie dough had ever caused an outbreak.

Now for the next surprise: Food safety experts think the most likely culprit is flour. Their findings appear today in the journal Clinical Infectious Diseases.

"We didn't conclusively implicate the flour," Karen Neil, an epidemiologist at the U.S. Centers for Disease Control and Prevention who investigated the outbreak, tells The Salt. But of all the ingredients, she says, flour seems most likely.

Some ingredients, including molasses, sugar, and margarine, had been processed to kill pathogens. And in the past, some forms of E. coli have been found in commercial flour.

Food safety experts always warn against eating raw cookie dough, because raw eggs can carry Salmonella. That goes for homemade Christmas cookies, too. But the eggs in the Nestlé cookies had been pasteurized.

Flour seems as bland and benign as could be, but it's still a raw agricultural product. That means it has had ample opportunity to be exposed to dirt, animal feces, and other unpleasant substances between field and grocery store shelf.

Last year, a second batch of contaminated dough was identified at the Nestlé factory in Danville, Va., which had processed dough in the 2009 outbreak. As a result, Nestle announced that it was going to start to heat-treating the flour it uses in refrigerated cookie dough.

The news is particularly significant for teenage girls, who are major consumers of raw cookie dough. In the 2009 outbreak, 66 percent of the people who got sick were under age 19, and most were female. An earlier study of college students found that more than half said they ate unbaked cookie dough. A fair number of those people have no intention of ever turning on the oven; they're eating it all right out of the package.

Given that, Neil says that manufacturers should make sure that refrigerated cookie dough is as safe to eat as any other ready-to-eat food product. (Her CDC blog gives a riveting blow-by-blow of how they ID'ed cookie dough in the 2009 outbreak.)

Her parting advice: Don't eat anything raw that's supposed to be eaten cooked, whether it's cake batter or raw cookie dough. "It's tempting," Neil says. "I know a lot of people like to eat it. But cook it."