Accessibility links
Greeks Stomach Economic Crisis With Help Of 'Starvation Recipes' : The Salt The author of a new Greek cookbook that features recipes from the meager days of World War II says the book resonates with Greeks today who want to make more with less. 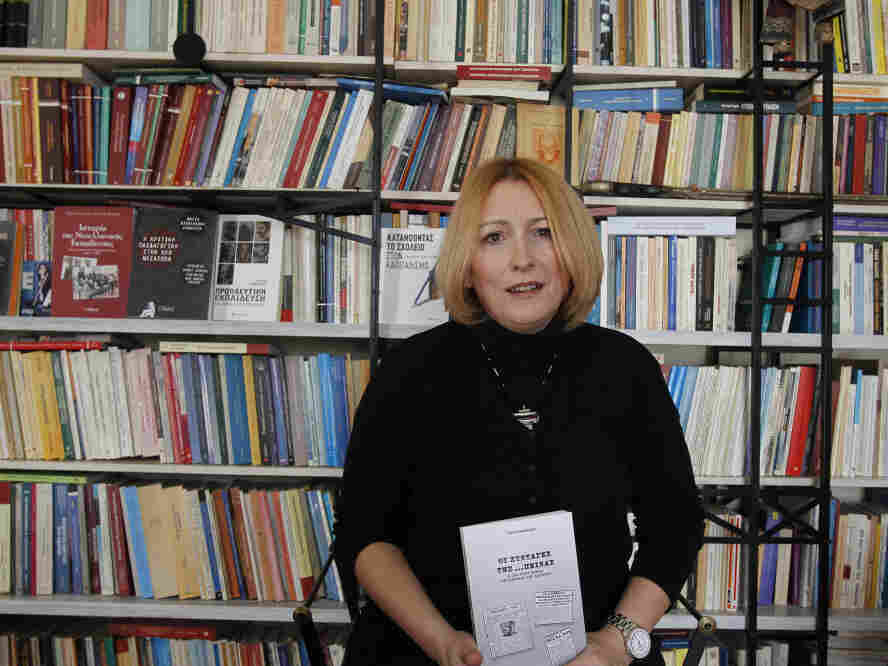 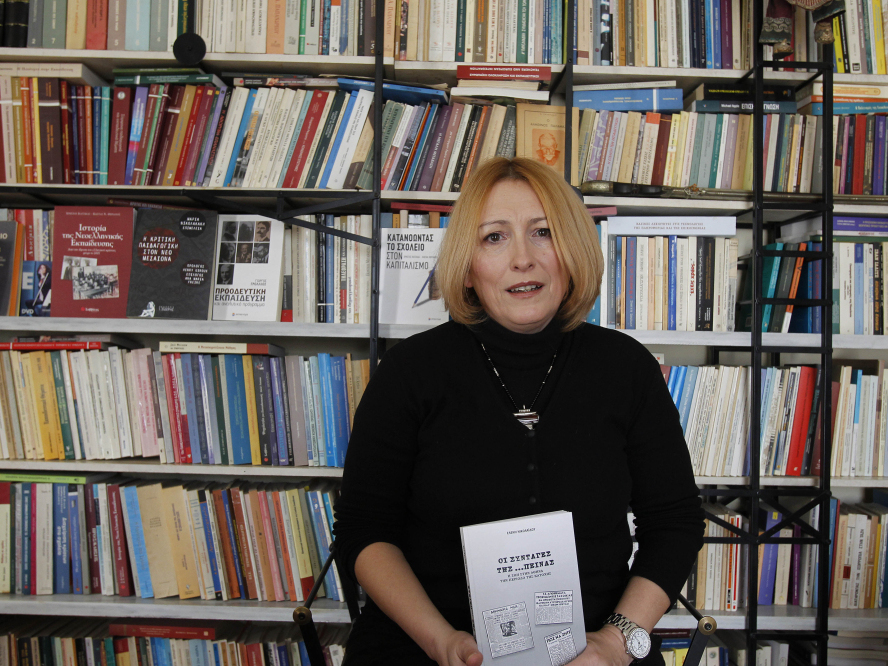 When Eleni Nikolaidou began studying the survival diets of World War II Greece a couple of years ago, she never expected to turn the research for her master's thesis into a cookbook.

But a lot has happened in Greece in the last two years, and Starvation Recipes is selling well in a country that's suffering through its worst economic crisis in decades, accompanied now by painful austerity measures. The cookbook, which is in Greek, recommends chewing your food slowly to feel full, saving crumbs from the table in a jar, grinding eggplant to use as replacement "meat," and adding chestnuts for protein to recipes such as baked cabbage.

But Greeks also hate austerity. The unemployment rate has doubled, and personal bankruptcies, homelessness and even suicides are on the rise. Greeks are lining up at soup kitchens for hot meals and for care packages of flour, rice and oil at churches.

"I've even seen people rummaging through the garbage for food," Nikolaidou, a high school teacher and historian, tells The Salt. "The situation is very bleak."

This is troubling because food here is not just about subsistence. It's about pride and even love. In a culture known for its epic meals and generous servings, the endless plates of meze and giant pans of homemade spanakopita shared with friends and strangers represent an open heart and a bountiful home.

But building that bounty took decades, especially after the devastation of World War II. That's a time the Greeks call the katochi, which means "occupation," and the word itself still conjures visions of starvation. My father and his two brothers lived in orphanages in the Peloponnese then, surviving on daily rations of wormy string beans and stale bread. Other rural Greeks lived off whatever land the Nazis didn't burn and tried to manage with a chicken (for eggs), a skinny goat (for milk) and a few olives and figs.

But the Athenians, who were trapped in an occupied city, had it much harder. Nikolaidou says German soldiers confiscated nearly all of the food in the Greek capital, including basics such as flour, sugar and oil.

Desperate Athenians foraged for wild greens and weeds, which they ate boiled, without salt or oil. They picked through the German soldiers' trash for potato peels. They even hunted stray cats and dogs. "They would eat anything so that they wouldn't faint from hunger in the streets," she says. More than 300,000 people died of starvation.

Greece still carries emotional scars from that time, so it's not surprising that populists here call Germany's push for austerity a symbol of a Fourth Reich. But even the angriest Greeks do not compare the horrific living conditions under the katochi (and under the devastating 1946-49 civil war that followed) with the tough times of Austerity 2011.

Evangelia Trifona, a 59-year-old housewife I met earlier this year, says she and her husband tried to open a small restaurant, which recently went bankrupt. But she says they're managing with what they have. "We bake many loaves of bread and share it with our neighbors," she says. "In return, they share their own food with us — casseroles, egg-lemon soup, the occasional piece of meat or fish. We never waste anything, and so far, we have not gone hungry."

Tavernas are still busy, and cafes are packed even on weekdays — a sign that the wartime "coffee" made of ground roasted chickpeas won't replace the real stuff anytime soon.

Nikolaidou says Starvation Recipes is resonating with those Greeks who want to make more with less. Surveys show that up to 90 percent of Greeks are changing their eating habits: They're dining out less, buying less meat and cooking with cheaper products at home.

"They have a kilo of flour, for instance, so how do you make that flour last?" she says. Or they make a pot of fasolada, a hearty navy bean soup, that feeds a family for several days.

"Even in my house, there are no exceptions," she says. "If my husband and son don't like what I've cooked, tough. I say, 'That's our food. Now don't waste it.'"