Accessibility links
With Alternative Giving, A Nudge Out Of Poverty For The Poor : The Salt The idea that giving a family a few goats or chicks can change their lives by helping them earn a living is not new. But now there are more alternative giving groups that cater to American givers than ever. 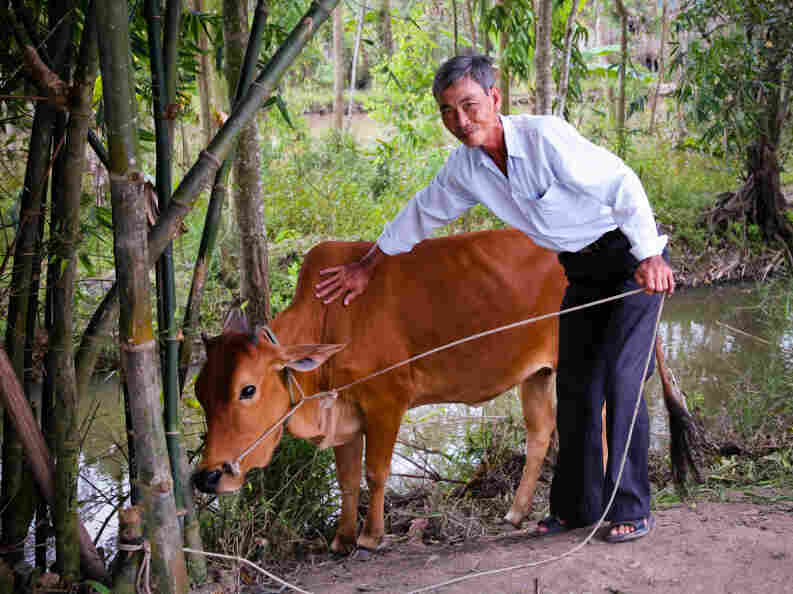 A man with a cow in Dong Thap province in southern Vietnam. He got the cow from Heifer International — as well as training and resources to care for it. Courtesy of Juleen Lapporte hide caption

Jim Eckhardt says there was a time he'd fill his holiday shopping cart with toys for his six grandchildren. But seven years ago, he had an epiphany: The kids had too much stuff.

"You look at all the things we throw away and that money could be put to better use," Eckhardt says.

After checking out alternatives, Eckhardt settled on the idea of farm animals. He decided he'd give one animal on behalf of each grandchild through the organization Heifer International.

Lydia Lapporte, of Lafayette, Calif., was about 7 when she received a goat from her grandfather. At the time, she didn't really understand who it was for. But then her mother, Juleen Lapporte, explained that the gift was a contribution given in her name. She was never going to see this animal.

Heifer said it would give the goat to a poor family in Vietnam or Africa. The family could drink the goat's milk, breed the animal and eventually perhaps sell goat meat.

"It was going to help people earn money for food, for bare essentials of life," Lapporte says.

The idea that someone's life could be changed by a gift of a few goats or chicks is not new. But there are now more groups that arrange such gifts than ever. Organizations like Kiva, Give Well and Charity Navigator help connect givers with giving opportunities. Fonkoze and BRAC work on the ground and also help givers directly support the people they're working with. 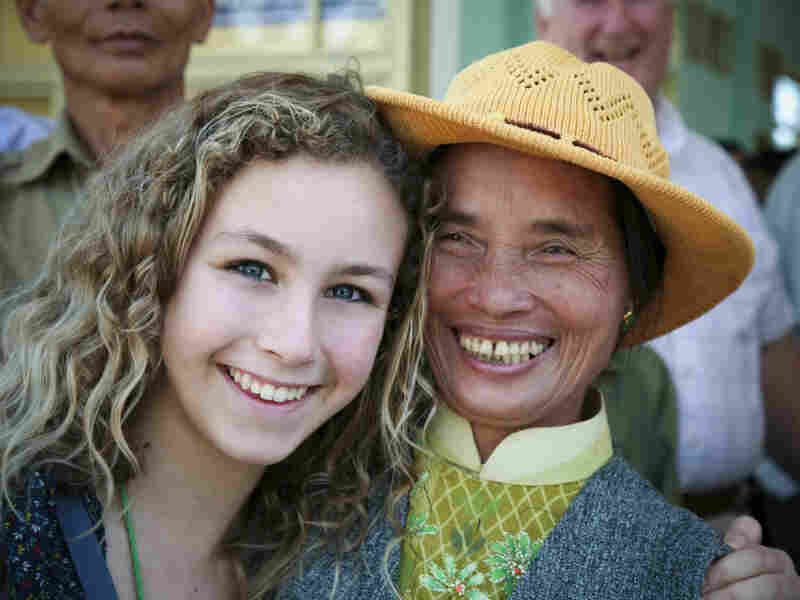 Lydia Lapporte on a Heifer International study tour in Vietnam in 2009. Lydia helped raise about $20,000 this year for Heifer. Courtesy of Juleen Lapporte hide caption 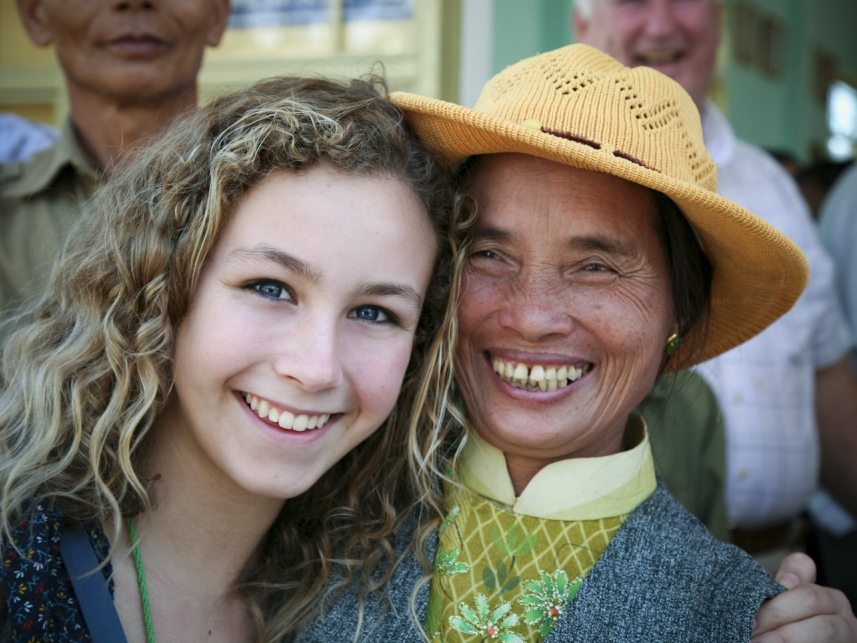 Lydia Lapporte on a Heifer International study tour in Vietnam in 2009. Lydia helped raise about $20,000 this year for Heifer.

Heifer has been around since the 1940s. It has about $100 million in annual revenues and 400,000 donors. In a nutshell, it uses the "teach a man to fish" model through giving.

Economic development experts say these programs can't reverse poverty all on their own.

"What you're trying to do is establish a base from which individuals who are really poor generate a source of income for many years to come," says Dean Karlan, a professor of economics at Yale University who studies solutions to poverty and was a founder of Innovations for Poverty Action. He says groups such as Heifer are popular with donors because people love the idea of connecting one family with an animal.

"It's very concrete and small enough that we can give it and it makes us feel good," Karlan says.

The part that's more complicated for donors to understand is that on its own, the gift of one goat or pig is not a magic bullet, Karlan says. It takes a lot more to lift someone out of poverty and keep them there. It's a complicated process.

"It's easy to make things sound good," he says, "and there are lots of things that work. But it's not always the things that sound best."

Karlan has never evaluated Heifer. But in studying similar programs, he has found that what works best is what he calls the "big push." You give the recipients livestock, but you also train them to care for the animals, set up savings accounts, get their children in school, even give them short-term food assistance so they don't end up eating the one goat they've been given.

Susan Davis, president and CEO of BRAC-USA, says charity giving is a little gimmicky, but it's also a great way to raise people's awareness and makes them feel as if they're part of the solution. "In the end we're not going to solve big problems until we proliferate the number of change-makers," she says.

And for many donors, the gift of a goat or a chicken is just the beginning of that.

In 2009, Lydia and her mother traveled to Vietnam on a Heifer International study tour to meet families that are recipients of Heifer gifts. Now 14, Lydia has helped raised about $20,000 for Heifer from her family and friends.

"When you think about the big picture, we should be the happiest people, because we're the most fortunate," she says.

She says learning about poverty has taught her that receiving doesn't make her nearly as happy as giving.