Accessibility links
Why Are We More Hungry In The Winter? : The Salt When winter arrives, many of us want to eat more. Some experts say it's a vestige of biology: the drive to hoard calories like chipmunks. Others say it's because we have more opportunities to eat — parties, holiday gatherings and other events of the season. 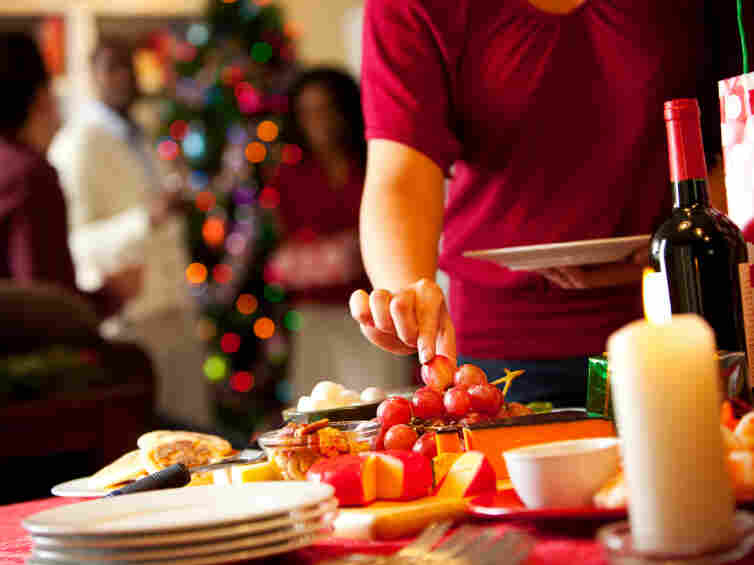 Our drive to eat more in the winter may be a product of less sunlight — or more temptation around us. iStockphoto.com hide caption 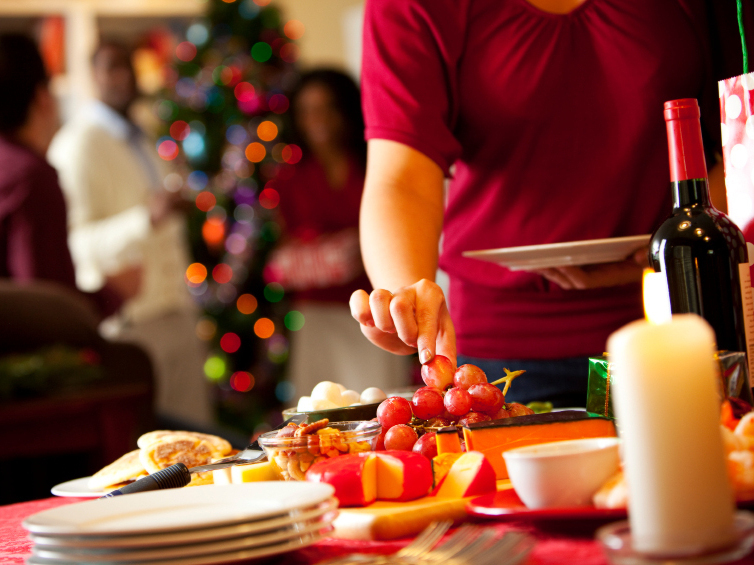 Our drive to eat more in the winter may be a product of less sunlight — or more temptation around us.

If you feel hungrier as winter draws near, you're not alone. Even though most of us spend our days in climate-controlled offices and homes, our appetites seem to change when the days grow shorter. Some researchers say it's our primitive impulses promting us to stockpile calories for the winter ahead.

"We are driven by things implanted in our brain a long, long time ago," says Ira Ockene, a cardiologist at the University of Massachusetts Medical School who has long been interested in how seasonal variations influence our health.

Ockene's own research has documented that caloric intake tends to increase as the weather turns colder. He also points to a study done at the University of Georgia back in 1991.

Researchers closely tracked how much people ate from season to season and how quickly they ate it. Turns out, the study subjects consumed about 200 more calories a day beginning in the fall when the days grow darker.

Ockene says we seem to be very sensitive to light. Less of it, he says, prompts us to seek food and eat it faster.

"If you look out your window and have grassy, treed area, that sounds like chipmunk behavior, " says Ockene.

Not all scientists agree about our winter food-seeking habits.

"I'm not disputing the possibility that people eat more in the winter," says Marcia Pelchat of the Monell Chemical Senses Center in Philadelphia. But she says doesn't think it's a vestigial "chipmunk" instinct.

Pelchat says another explanation: Our winter eating habits are likely born of opportunity. There is more holiday feasting, better leftovers, more grazing in the kitchen, and fewer opportunities for playing and exercising outside.

At every turn, it seems, our environment cues us to eat.

And holidays sometimes bring strong associations with particular foods. Whether it's cake or your favorite holiday cookies or pies, these treats are often tied to good memories. And the associations we have — the memories linked to the foods — can make us want them even more.

"The stronger the link becomes " says Pelchat, between the food and the memory of loving the food, "the more likely you are to indulge in the food." She says cravings are sometimes just memories repeated.

It doesn't take a scientist to see that this pattern of eating is a recipe for weight gain.

So, whether it's biology, opportunity, or good memories prompting us to eat more, there must be way to minimize the extra padding come winter, right?

Well, part of it may depend on what you crave. "Chili, lots of chili" is Hal Brewster's seasonal indulgence. The 28-year-old law student tells us he's not a big carb guy. He goes for protein, which tend to satisfy our appetites

"There definitely seems to be more fullness associated with protein," says Janet Polivy, who studies the psychology of eating at the University of Toronto at Mississauga.

Her studies suggest that you don't want an all-or-nothing diet: Depriving yourself of a food entirely can backfire and lead to overeating.

So you've heard the answer before: moderation. If you crave carbs, try adding in some protein.

"I instead of having a big bowl of pasta, have a small one and have a chicken breast with it," says Polivy

Whether it's pasta, coconut cake or those holiday cookies, Polivy says it's probably best not to deprive yourself completely of the foods you love.