Accessibility links
Tourtiere: A French-Canadian Twist On Christmas Pie : The Salt This Christmas Eve, many French-Canadian families will gather after midnight Mass for reveillon, a lavish dinner party that lasts into the wee hours. The traditional centerpiece is a savory, spiced meat pie called tourtiere. Thomas Naylor, executive chef to the Canadian ambassador to the U.S., teaches Lynn Neary how to make this delicious holiday dish. 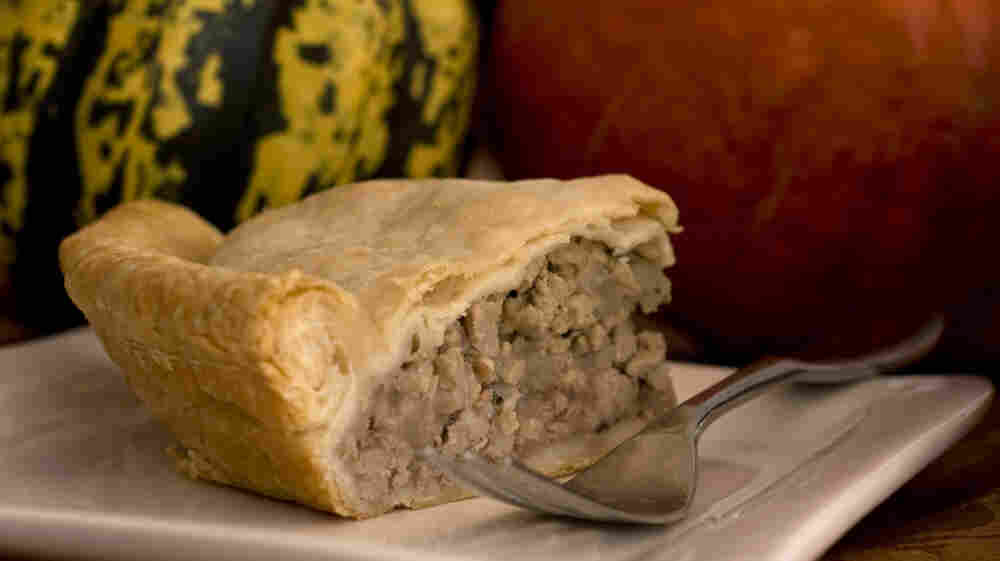 Tourtiere is "one of Canada's better contributions to the culinary world," says Thomas Naylor, executive chef to the Canadian ambassador to the U.S. Larry Crowe/AP hide caption 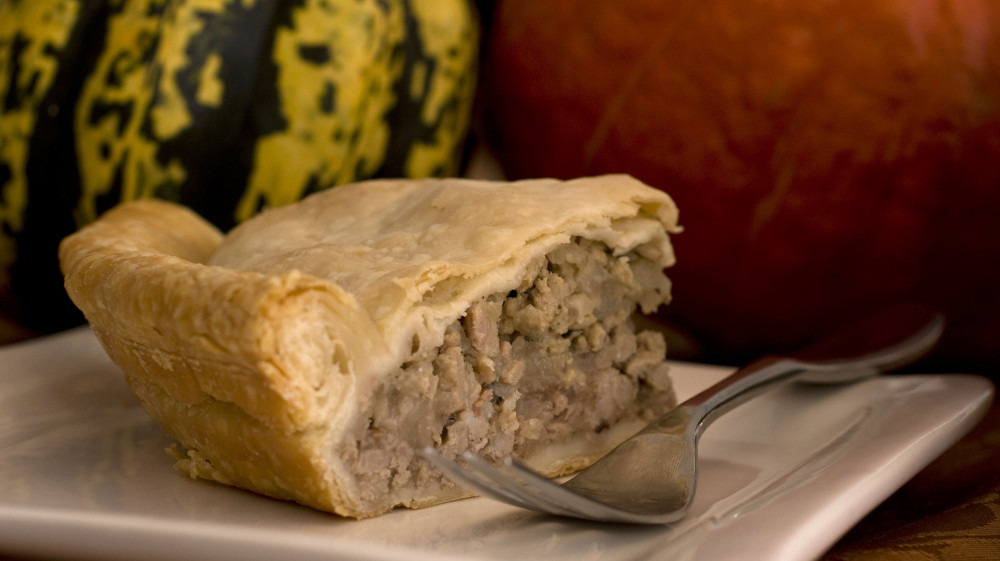 Tourtiere is "one of Canada's better contributions to the culinary world," says Thomas Naylor, executive chef to the Canadian ambassador to the U.S.

If you happen to spend Christmas Eve in Canada — especially Quebec — you might be lucky enough to be invited to a festive dinner after midnight Mass. The feast is an old tradition from France called reveillon, and it's something to look forward to after a long day of fasting.

"They'll have a huge feast, with sweets and lobster and oysters, everything," says Thomas Naylor, executive chef to the Canadian ambassador to the U.S. "But in Quebec, at least, you'll always have tourtiere. It will be the center of the reveillon."

NPR's All Things Considered visited Naylor this week in the kitchen of the ambassador's residence in Washington, D.C., to learn how to make tourtiere.

Naylor knows about this Christmas Eve custom because many years ago, it traveled with French emigres across the Atlantic to Canada (and to New Orleans). The tourtiere is a savory, spiced meat pie, which both French- and English-speaking Canadians love to serve around the holidays. (For more on the history of pie, see Alison Richards' recent story.)

The pie is so beloved in Canada that it has spread far beyond Quebec. "The recipe has been altered so many times," he says.

Along the coast, it's made with salmon. And even within Quebec there are different variations, Naylor says. There's a ground pork version in Montreal, while some in Quebec City prefer game meats. Even within a family you might find different recipes.

I have been at events with Canadians around Christmastime where there can be a little tourtiere competition, and everyone brings their own. Naylor agrees: "It's like hockey rivalry."

One thing that's usually the same is the four spices: cinnamon, clove, allspice and nutmeg. Naylor likes to add savory and rosemary to his pie. "It's a very festive flavor," says Naylor. "The use of spices goes back to medieval times. They used to serve them along with sweets."

But the first step in creating a perfect tourtiere, says Naylor, is to make a buttery, flaky pastry shell.

Then Naylor moves on to the meat mixture — he adds pork, water, onion and celery to a pan. Then he adds the spices.

Naylor lets that mixture simmer for an hour and a half. At the end he mixes in a cup of rolled oats, which binds the meat and makes it easier to slice a piece of the pie later on. Once the meat filling has cooled, he spoons it into the pastry shell and covers it with a crust. Then it's time to decorate with some of the leftover dough.

Once the tourtiere is ready, says Naylor, it is usually served with some kind of tasty condiment or sauce. It could be cranberry sauce, pickled beets, something sweet and sour, or "something with a kick to it to pair with the spiced meat and flaky crust." (I like to serve a chili sauce with my tourtiere; you can find Naylor's recipe and my chili sauce recipe here.)

All and all, it's a memorable dish. And it's "one of Canada's better contributions to the culinary world," says Naylor.