Accessibility links
When The Food Isn't All Right On The Night Shift : The Salt Working nights is bad for your health. But scientists haven't really looked at whether the poor food available is really to blame. New studies ask whether providing better food to shift workers would be an easy fix for a big public health problem.

When The Food Isn't All Right On The Night Shift

When The Food Isn't All Right On The Night Shift 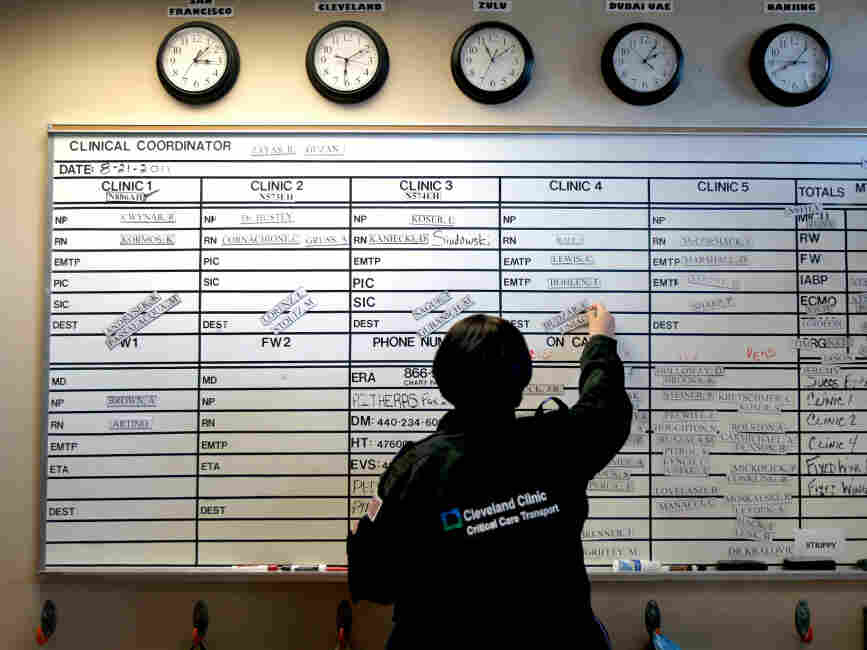 Rachel Zayas, a registered nurse, sets up the shift board for the night shift at the Cleveland Clinic. Chuck Crow/The Plain Dealer /Landov hide caption 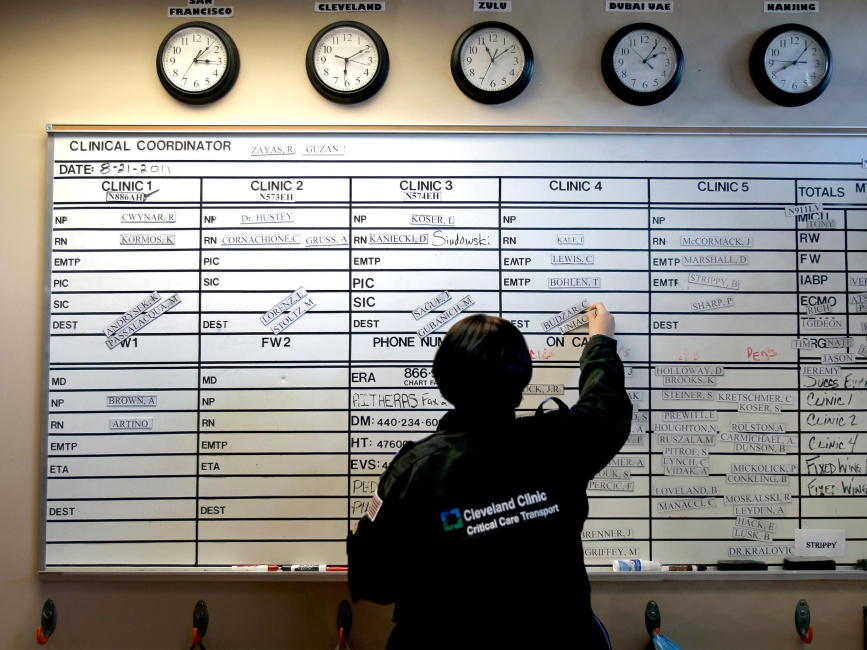 Rachel Zayas, a registered nurse, sets up the shift board for the night shift at the Cleveland Clinic.

Working the night shift is bad for your health. But what if that's because the food is so lousy?

That's the provocative question raised this week by the editors of PLoS Medicine, an online medical journal.

Scientists have been making the case that shift work increases a person's risk of obesity, cancer, and sleep disorders. And then earlier this month, researchers at the Harvard School of Public Health reported that nurses who worked the night shift were more likely to have Type 2 diabetes. Being overweight accounted for part of that, but normal-weight nurses also faced a greater risk of diabetes if they worked nights.

"Although some of the effects of shift work are probably unavoidable," the journal editors wrote in this week's editorial, "others, such as eating patterns, are obvious targets for intervention." Translation: You can't change the fact that night work messes with your body, but you can change what you put in your mouth.

The scientists who study the health effects of the graveyard shift haven't yet chronicled what those people eat. And since about 15 million people work nights in the United States, it's no small question.

But we can guess. Options for dining out at 3 a.m. pretty much begin and end at convenience stores and fast-food joints. Health-care workers, office cleaners, and others workers who don't have time to leave the building are stuck with vending-machine food if they don't bring something from home.

It's clear that changing people's eating habits can be very hard once they're formed. But some employers with lots of night-shift workers have started to provide healthier options. The Cleveland Clinic, which employs 40,000 people, banned sale of sugar-sweetened drinks, as well as cake, muffins, and donuts, from its facilities in August 2010.

At an Au Bon Pain in the main hospital, employees can get soups and salads 24/7. When the restaurant opened in October 2008, "it was with the understanding that at least half of the product offerings would be responsible," says Bill Barum, the senior director of hospitality operations for the clinic.

"There are indulgent foods as well," Barum adds. "But we post the calorie counts so people can make an intelligent choice."

Workers who hit the vending machines can find nuts, yogurt, and granola bars.

(For the record, NPR's cafeteria closes at 3 p.m., but the vending machines do offer trail mix and fat-free Fig Newtons along with M&Ms and Coke.)

But for now, most denizens of the night shift are on their own when it comes to food choices.

Tips on how to eat healthy on the night shift abound online, like this list from Eat Right Ontario. The key points: