Accessibility links
A Year That Was Good To Beets : The Salt From chi-chi restaurants to chains like Jamba Juice, beets are appearing on restaurant menus around the country. But one scientist says beets could be even more popular, so he's studying the compound that gives beets their distinctive flavor. 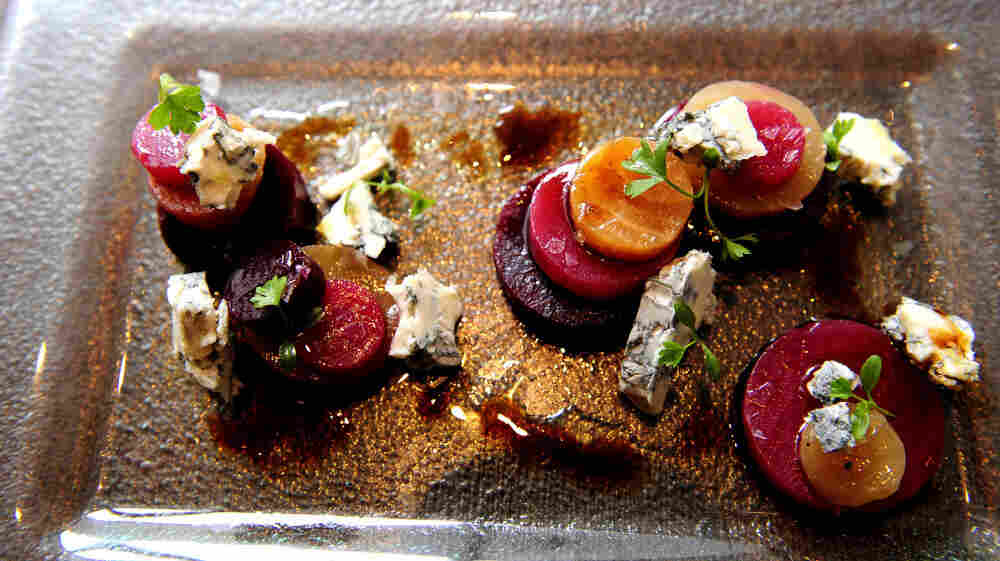 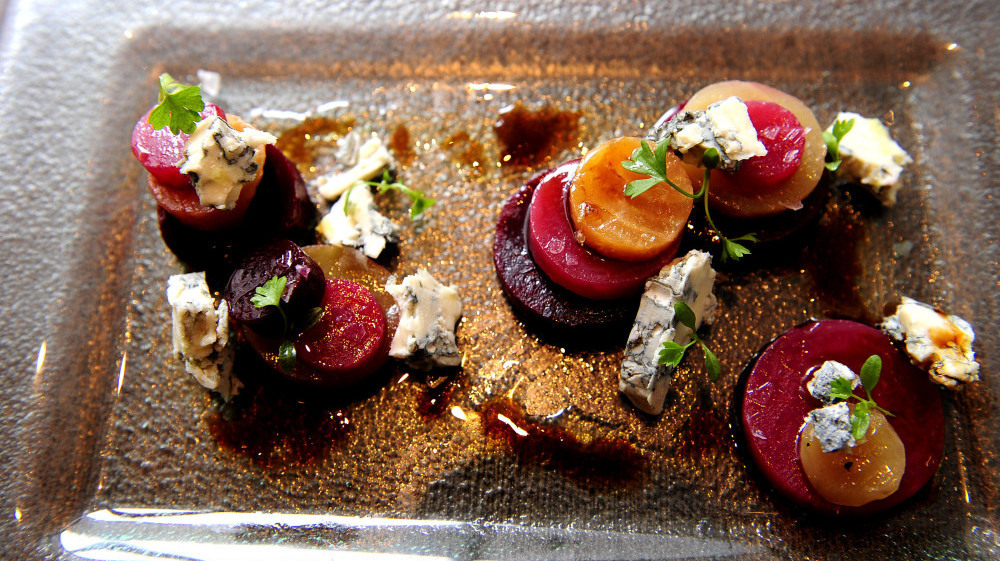 Children hate beets. Many adults hate beets. In fact, so few people in the U.S. eat table beets that the federal government doesn't bother to keep track of how many are grown and sold, even though it does keep track of just about every other crop, including turnip greens and horseradish.

But it turns out that this was a good year for beets (otherwise known as beet roots or garden beets, but not to be confused with sugar beets.)

Some farmers markets say beet sales have surged since January, and they've doubled over the past few years. And it seems like every restaurant across the country serves beets these days — especially the ubiquitous beet salad.

Does all this constitute a beet renaissance? Irwin Goldman says, absolutely, yes. He breeds beets at the University of Wisconsin, where he's a professor of horticulture. He has been waiting for this renaissance for years.

"I think it's just wonderful to see because it's just an incredibly fabulous vegetable that I think is totally underappreciated," he says.

Maybe it's not surprising that chi-chi restaurants have rediscovered beets. Take, for example, the Oval Room across the street from the White House. Sous-chef Tamesha Warren shows how the staff turns beets into art.

Her salad man gently places a red baby beet on the passion fruit squiggle, then a baby golden beet, then a striped one — it's like of row of fantastic marbles. Then he shaves fresh baby horseradish over everything, like baby snowflakes. He adds some herbs — baby, of course — and vinaigrette.

Warren says at one point they tried to get rid of the salad, but clients protested. "So we have to leave it on here," she says. "They might as well put billboards up and say, 'No, don't get rid of the beet salad.'"

Then again, this is Washington, D.C., where people are used to protests. But here's even more compelling evidence that beets are back: They've been showing up in chain restaurants from California Pizza Kitchen to Jamba Juice.

Matt Mandeltort of Technomic analyzes food trends for the food industry. The company's survey found that beets showed up in 13 percent more appetizers in chain restaurants this year, compared to 2010. They've increased more than 55 percent in the last three years.

Mandeltort says beets are becoming more popular partly because they're cheap — or at least cheaper than a lot of vegetables. And restaurants have been struggling to control costs during the recession.

But Goldman, the beet breeder, says remember: People have been eating beets since the times of the Greeks and Romans. They've never gone out of style in Europe. And, "the Australians — they will eat a beet slice on a sandwich like we would eat a tomato," he says.

Goldman would love to make beets that popular here in the U.S. So he has been breeding new varieties to try to capitalize on the current renaissance.

For instance, he's studying the compound that gives beets their distinctive flavor. Geosmin is produced by interactions between microbes in the soil and the roots.

So Goldman wants to create beets with more geosmin, so they taste dirtier, if that's what you like. He also wants to make other beets that taste less like dirt, so everyone will be happy.

Incidentally, it was a good year not just for beets. Industry surveys show it was also a good year for pretzel rolls and Sriracha. That's the spicy paste from Thailand. And that's another story.