Accessibility links
The Average American Ate (Literally) A Ton This Year : The Salt Coconut water, beets and meatballs may be the latest food trends, but what are most Americans really eating? A lot of cheese, sweets, potatoes and grains.

The Average American Ate (Literally) A Ton This Year

The Average American Ate (Literally) A Ton This Year 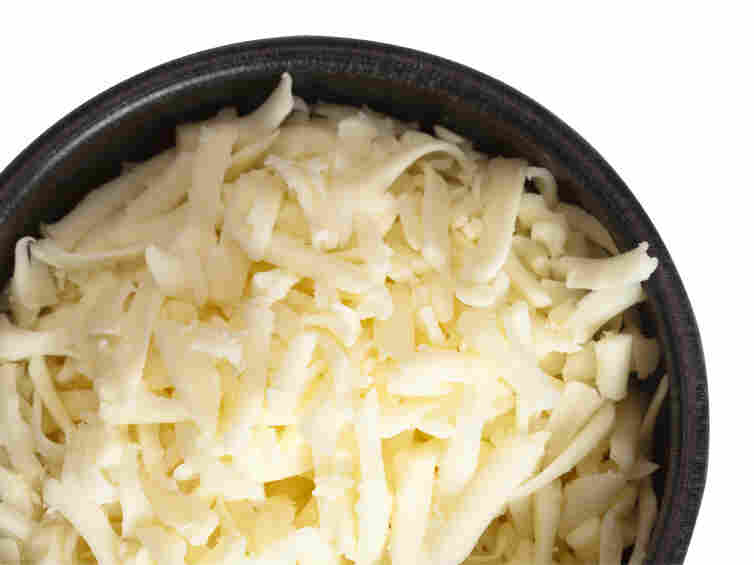 What did American eat this year? Some 31 pounds of cheese a person. A lot of it went on top of pizza. John M. Scott/iStockphoto.com hide caption

What did American eat this year? Some 31 pounds of cheese a person. A lot of it went on top of pizza.

Yeah, yeah, we know. Coconut water, beets, meatballs, ethnic food trucks — they were all the rage this year. Lots of people discovered them or rediscovered them and quickly grew to love them.

But what are most Americans really eating? A lot of cheese, sweets, and dense potatoes and grains.

So how does it break out? The figure is a little hard to swallow: 1,996 pounds, or nearly one ton. This is an estimate of how much — by weight — the average American eats over the course of one year.

The figure comes from economists who crunched food consumption data collected by the U.S. Department of Agriculture.

If you start with dairy, we consume about 630 pounds of milk, yogurt, cheese and ice cream per year. About 31 pounds of cheese alone sailed down our gullets.

Add in meat and poultry: That's about 185 pounds of chicken, turkey, pork and beef per person (though beef consumption is trending downward). Wheat and other grains total 197 pounds.

While the amount of fruit we eat — about 273 pounds per person — may seem promising, remember that most of it is water weight. And few Americans eat the recommended five fruits a day. While we do get some 415 pounds of vegetables into our diet each year, the most popular choices (corn and potatoes) aren't exactly nutritional superstars.

The numbers that struck me the most? The 141 pounds of sweeteners (including 42 pounds of corn syrup a year), and 85 pounds of fats (think: butter) and oil we ate.

And when we convert these figures back into calories, the USDA estimates that the average American is eating more than 2,000 calories a day. It's hovering around 2,700 (of course, these are just averages).

So what can we expect to see in 2012? Well, if we had to guess from the expanding shelf space in the dairy aisle, yogurt will continue its upward trend. Cheese (think: pizza and mozzarella) seems to be on the rise too. And what's trending downward? Well it looks as if Americans' are cutting back — just a bit-- on beef. The USDA data shows red meat consumption decreasing incrementally.

This snapshot may help explain the trend of Americans' expanding waistlines. And though the data is a few years old, we look forward to an update in July when the USDA is expected to tell us how these consumption patterns are changing yet again.