Accessibility links
Haitians Mark The New Year With A Belly Full Of Soup : The Salt Each Jan. 1, Haitians commemorate independence by eating soup joumou — a dish their former French rulers considered too good for them. The soup is so beloved that it can land some in the hospital. 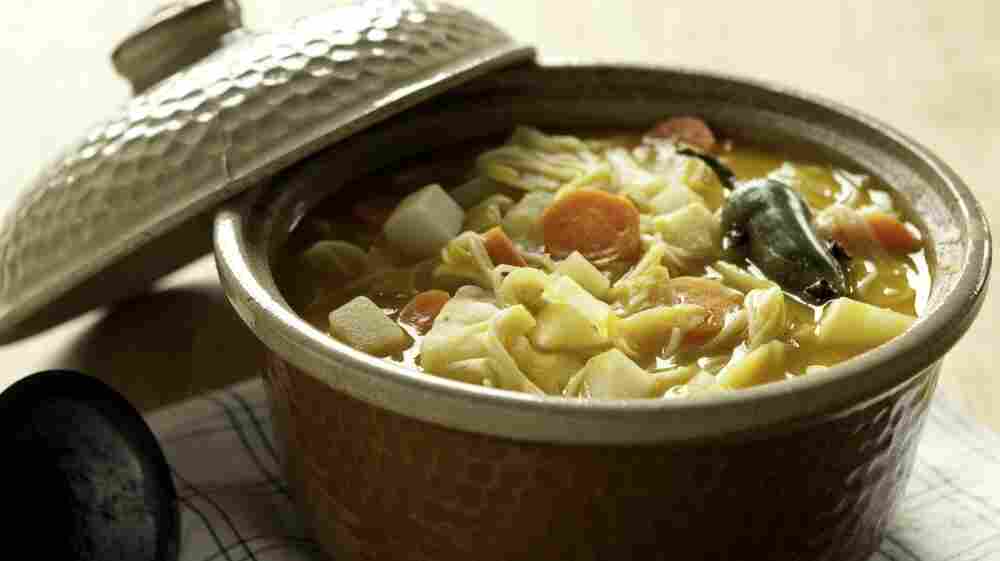 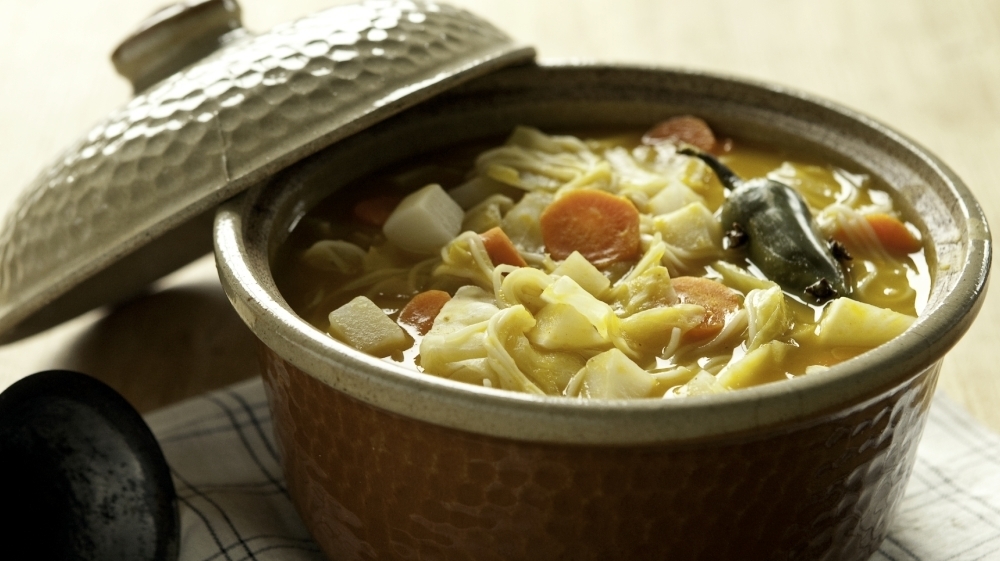 Haitians celebrate their independence from France on Jan. 1 each year with a traditional squash soup called soup joumou.

Nine years ago, on New Year's Day, David Gunther faced a mini-epidemic. He's a family doctor, and at his old job in Somerville, Mass., just north of Boston, many of his patients were from Haiti.

"Ten or 12 patients all complained of pretty similar symptoms – belly pains, including some diarrhea," he says. "They weren't terribly ill, but it was clear that there was some kind of a pattern."

Gunther almost alerted the Department of Public Health to this mild gastrointestinal outbreak. But then, one of those patients with the stomach trouble figured out what was going on.

She explained that most likely they were all suffering from the same problem: upset stomachs related to eating too much of a holiday soup. Nothing infectious — just a squash soup overdose.

"We eat a lot of it," Marie Romelus, a Haitian who lives in Somerville, says. "In Creole, they call it soup joumou."

During France's rule of Haiti, this soup was off limits to the slaves, Romelus says. "The soup was considered superior," she says. "The slave – they were considered as lower class. So when we get our independence, we were free to have a soup."

Haiti gained its independence on Jan. 1, 1804, and so Haitians now eat soup joumou every New Year's Day. It's a mix of squash, potatoes and meat. Romelus likes to add some spaghetti to hers. "It's really energetic — like, it's a combination of everything," she says.

She eats the soup four times on New Year's Day, but that's not as often as some. She thinks that overeating may have caused the GI outbreak at the clinic nine years ago. "You have to space yourself, not to eat everything at once, you know?" she says.

"Whenever I eat it, I always think about my great-grandfather," she says. "They used to be in slavery. So I feel like I am free. And when you have the soup, you really feel full."