Accessibility links
When 'Budget' Foods Start To Eat Away At The Wallet : The Salt The cost of budget-friendly foods like ground beef, potatoes, and eggs soared 10 percent over the past year, pinching household budgets even harder. Blame bad weather, export competition, and the fact that more people are cooking at home to save money. This year may be a bit better, but not much.

When 'Budget' Foods Start To Eat Away At The Wallet

When 'Budget' Foods Start To Eat Away At The Wallet 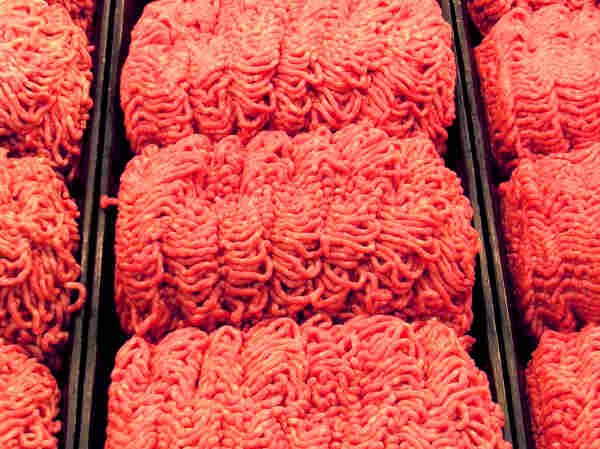 Ground beef used to be a cheap, go-to dinner meat, but no longer. iStockphoto.com hide caption 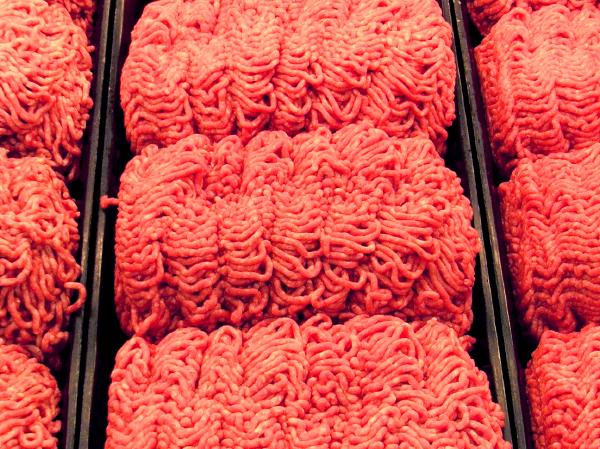 Ground beef used to be a cheap, go-to dinner meat, but no longer.

If the grocery bill hurts more now than it used to, you're not alone. The cost of staples like ground beef, chicken, eggs and potatoes has spiked over 10 percent in the past year, three times the cost of inflation overall.

Ironically, if you were trying to be thrifty by eating at home instead of eating out, you probably felt it most.

"In 2011, one of the major stories was that the prices for food at home rose a lot faster than the prices for food away from home," Richard Volpe, an economist with the USDA's Economic Research Service, tells The Salt. "As demand shifts upward, prices can tick up a bit."

Cooking at home is still much cheaper than eating out, but the higher costs still sting, particularly when the items with the biggest price increases are the budget picks for lean times. Ground beef prices rose 10 percent, and pork prices were almost 7 percent above a year ago. Eggs were up 10 percent. That's according to the USDA's final projection for food costs in 2011, and its projections for 2012.

Compare that to the overall inflation rate for consumer goods, which hovered at about 3.4 percent. Indeed, 2011 has turned out to be a real anomaly in food costs, and not in a good way.

In the past 30 years, the rise in food prices has been remarkably stable, at 2.9 percent a year. "It's almost boring," says Volpe, who analyzes food prices for the USDA.

But that pattern was broken in 2008, when high energy prices and global commodity shortages increased food prices 6.5 percent. The food price increase for 2011 wasn't be that bad, more like 4.5 percent. But that number disguises the fact that we're paying much more for essentials.

The cost of milk (and even organic milk) is up almost 10 percent over a year ago. Potatoes, 12 percent. Oils, 11 percent. Ice cream is up 10 percent, too. OK, that last one's not an essential, but we've got to take our comfort where we can.

Volpe says there are plenty of good reasons for the unusual increases. Bad weather was a factor in the cost of eggs; fewer animals in the pipeline and export demand made for more expensive beef, pork, and dairy. And record high prices for soybeans explains the high cost of cooking oil.

And we Americans are not alone. Global food prices hit an all-time high in February 2011, according to the United Nation's Food and Agriculture Organization. They've declined since then, a trend that should continue, the FAO's new director-general, Jose Graziano da Silva, said this week.

Don't look for cheaper food at home, though, although price increases in 2012 should be a bit less shocking that last year's.

The USDA is predicting more unusually large price increases for beef, as well as for bread, cereal and other products made from wheat. Blame nasty weather in the Great Plains for that.

"We had really high temperatures and low rainfall," Volpe says. "That restricted the harvest." The higher cost of wheat has yet to show up on grocery shelves, he says. So don't be surprised if the Froot Loops that have been your recession-busting supper no longer seem like a bargain.