Accessibility links
The Forgotten, Fascinating Saga Of Crisco : The Salt In the 1980's, health activists actually promoted oils — like Crisco — that contain trans fats. The history of Crisco is full of such surprising twists, right up to the present day. 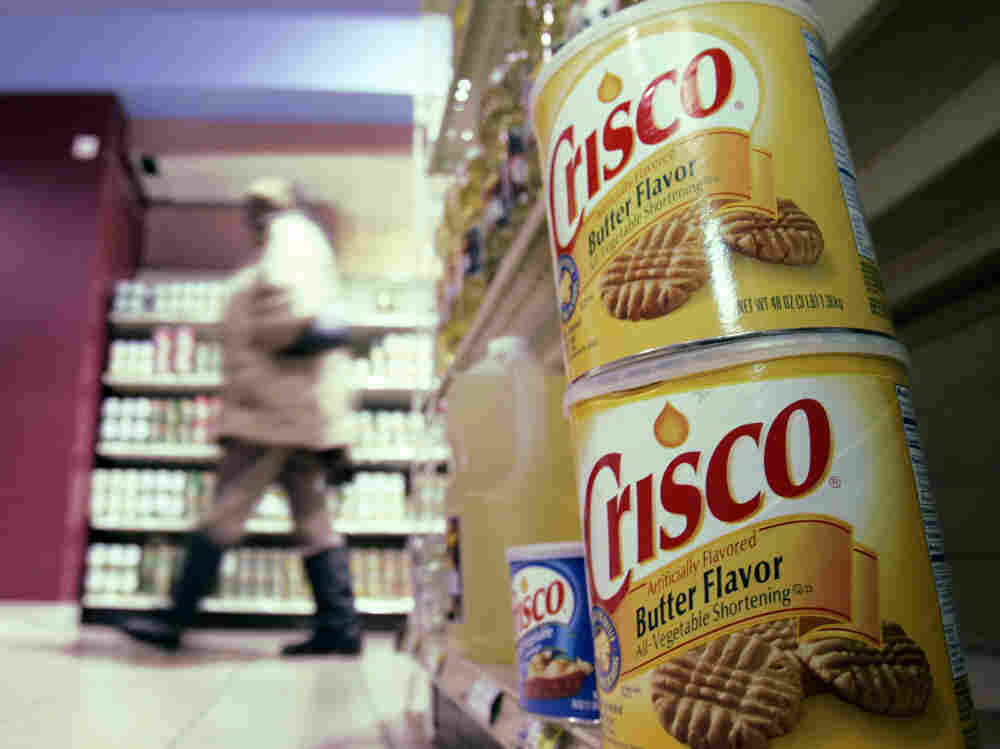 It has been a long strange trip. Tony Dejak/ASSOCIATED PRESS hide caption 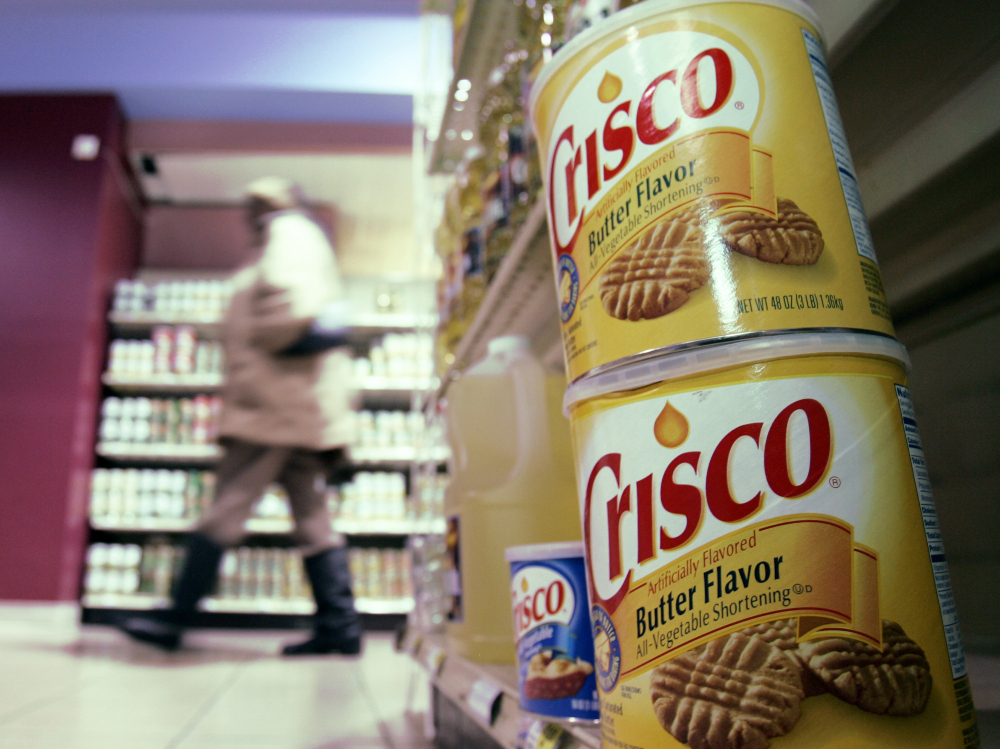 It has been a long strange trip.

Our friends over at Planet Money produced a delightful podcast last Friday called "Who Killed Lard?" They finger a corporate perp: Proctor and Gamble's brilliant marketing campaign for the original Crisco, an alternative to lard that went on sale in 1911. "It's all vegetable! It's digestible!," it proclaimed.

The Planet Money podcast doesn't pursue the Crisco story beyond those early years, but it's actually full of surprising twists, right up to the present day.

Crisco, you may recall, was made from partially hydrogenated vegetable oil, a process that turned cottonseed oil (and later, soybean oil) from a liquid into a solid, like lard, that was perfect for baking and frying. Unfortunately, these wonderful qualities depended on "trans fats" that have since been implicated in heart disease. As a result, partially hydrogenated oils have fallen out of favor in the food industry. Even Crisco changed its recipe, cutting the amount of transfats in one serving to less than .5 grams. That allows Crisco's label to state that it contains zero transfats.

But did you know that in the 1980s, health activists actually promoted oils containing trans fats? They considered such oils a healthy alternative to the saturated fats found in palm oil, coconut oil, or beef fat. In 1986, for instance, the Center for Science in the Public Interest (CSPI), described Burger King's switch to partially hydrogenated oils as "a great boon to Americans' arteries."

David Schleifer, a scholar at Columbia University's Center on Medicine as a Profession, lays out the story in the January issue of the journal Technology and Culture (and, more briefly, here). According to Schleifer, pressure from these activists was crucial in persuading fast-food chains to drop palm oil or beef fat in favor of partially hydrogenated soybean oil.

In the mid-1990s, CSPI and other health activists changed their tune as scientific studies turned up evidence that trans fats increased artery-clogging forms of cholesterol.

This led to yet another odd twist, which Schleifer explores in a separate article. Big food companies mobilized to debunk this claim, funding a study of their own. They expected it to demonstrate that trans fats had no such harmful effect.

To their dismay, the study confirmed the earlier results. The companies felt compelled to look, once again, for different, healthier, oils. The potato chip industry, for instance, went for a version of sunflower oil with higher levels of oleic acid. As Schleifer puts it: "Industry meddles with science, but science meddles with industry."

A previous version of this post incorrectly stated that hydrogenated oils are no longer found in Crisco products.