Accessibility links
X-Rays Scan Foods For The Secret Ingredient That Could Break A Tooth : The Salt Metal detectors just don't cut it when it comes to keeping shards of bone or plastic and other nasty stuff out of food. Enter the X-ray. Costco and other big retailers now require food processors to X-ray food to screen for foreign objects. The process is more automated than airport baggage screening. 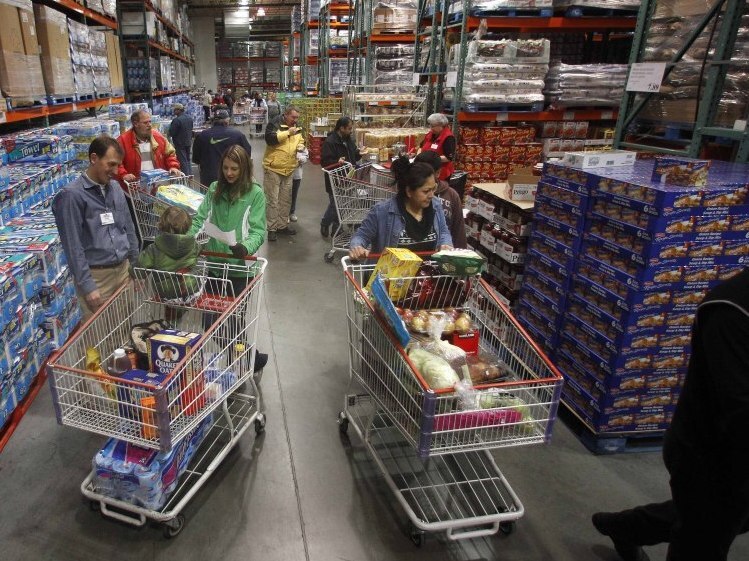 Costco has pushed vendors to X-ray food to find "foreign objects" like metal and stones before they reach consumers.

I don't know about you, but when I spoon into store-bought ice cream or chomp into hot dogs, I don't consider it a risky activity, one that could land me in the dentist's chair with a broken tooth. But it turns out that this does happen. Even Costco, the giant warehouse retailer, says it's true.

Not long ago, Costco was having big problems with bone in hot dogs. "We were having 15 to 20 broken teeth a month," Craig Wilson, Costco's vice president of quality assurance and food safety, told The Salt. "I finally got fed up with it and said, 'We need to put this under X-ray and you've got to get rid of these bones and cartilage.' As soon as they had it under X-ray, no more broken teeth. None. Zero."

Indeed, manufacturers are increasingly running foods through X-rays to hunt for metal or other contaminants that could lead to dangerous surprises. If they find anything, they make sure that batch doesn't reach the consumer. Costco has been a leader in pushing manufacturers to adopt X-rays for scary-sounding "foreign object control," the company says.

"Stuff in foods is the biggest issue," says Wilson.

For decades, food processors used metal detectors to scan food for stray bits of metal that would fall off assembly-line machinery. But the metal detectors couldn't find plastic, bone or rock, and they were terrible at scanning wet, salty products like cheese. (Frozen pizza really stymies a metal detector.) They also couldn't scan food in metal containers, like pies or canned drinks.

Each foreign object that makes it out the factory door can spark headaches, including customer complaints, recalls and lawsuits. So the requirement from Costco and other retailers hasn't been such a hard sell, despite the fact that a single X-ray machine can cost close to $50,000.

Food X-ray machines are similar in concept to the X-rays that scan suitcases at the airport, but more sophisticated. They can scan multiple items in a second, with software judging whether the product is adulterated, rather than a beleaguered TSA agent.

"You pass good products through it and it learns the signature of it," says Bob Ries, lead product manager for Thermo Fisher Scientific, a manufacturer of food X-ray machines. "It learns to ignore the product." Trainers then feed through known contaminants, to make sure the machine spots them.

It's nice to know I don't have to worry about metal shavings in my ice cream, but is X-ray scanning safe? The radiation used in food scanning is much less than what's used for a medical X-ray, and also much less than the amount used to irradiate food to kill microbes. Ries says the food comes out the other end unchanged, aside from the fact that it's much less likely to contain unpleasant junk.

We first heard about this technology thanks to Steve Alexander, a reporter at the Minneapolis Star Tribune who wrote about how a local bakery uses X-rays to make sure its pies contain nothing but fruit.