Accessibility links
Did Food Safety Auditors Cause The Fatal Outbreak From Tainted Cantaloupes? : The Salt Food producers rely on private auditors, not the FDA, to make sure they are following food safety rules. But the auditor of the Colorado melon farm that was the source of last year's fatal outbreak not only gave the farm a rave review, he also recommended changes that may have caused the problems.

Did Food Safety Auditors Cause The Fatal Outbreak From Tainted Cantaloupes?

Did Food Safety Auditors Cause The Fatal Outbreak From Tainted Cantaloupes? 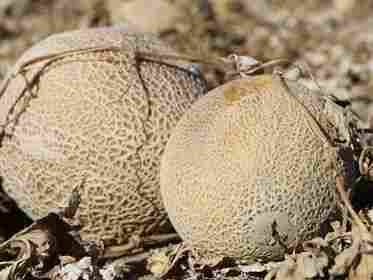 Melons were left to rot in the field at Jensen Farms after it was identified as the source of a fatal listeria outbreak. Ed Andrieski/ASSOCIATED PRESS hide caption

That's according to a new bipartisan congressional report investigating the outbreak. It found that the auditor paid by Jensen Farms of Holly, Colo., not only was in charge of determining whether the farm met federal food safety standards, but also advised the farm to make changes to its packing system that may actually have contributed to the outbreak.

That was "an inherent conflict of interest," according to a U.S. Food and Drug Administration official who briefed the House Committee on Energy and Commerce.

The FDA doesn't routinely inspect food producers. Instead, producers hire private auditors to make sure the companies are in compliance with food safety laws and regulations. Supermarkets and other wholesale purchasers rely on the auditors' reports to know if the food they're buying is safe. But this report on the deadly outbreak of the bacteria listeria raises big questions about whether the private auditing system fails in that mission.

In this case, Jensen Farms hired PrimusLabs, a large food safety auditing company in Santa Maria, Calif., which then subcontracted to Bio Food Safety. They sent an auditor to the melon packing plant. The farm owners said the Bio Food Safety auditor suggested some of the changes that contributed to the outbreak, including switching from a disinfecting chlorine rinse to plain water, and using a machine designed to wash potatoes, which are not eaten raw.

After FDA investigators inspected the plant last September while investigating the outbreak, they reported:

"The design of the packing facility equipment, including equipment used to wash and dry the cantaloupe, did not lend itself to be easily or routinely cleaned and sanitized. Several areas on both the washing and drying equipment appeared to be uncleanable, and dirt and product buildup was visible on some areas of the equipment, even after it had been disassembled, cleaned and sanitized."

Democrats on the congressional committee yesterday called for the FDA to keep closer tabs on auditors, saying the private firms "represent a significant gap in the food safety system." Among their complaints: that the auditors had multiple conflicts of interest, that they missed key food safety problems, and that they didn't report problems they did find to state or federal authorities.

And FDA officials released their own statement, saying the agency "shares the Committee's concerns about the causes of the outbreak," and "expects to publish in the future proposed food safety standards for farms that will go a long way toward improving food safety practices." No word on what those standards might include.