Accessibility links
Why X-Rayed Food Isn't Radioactive, And Other Puzzles : The Salt X-rayed food, radioactive food, irradiated food: They sound alike, and more than a little scary. But they're very different. And we talked to the experts to find out if there's any reason to fear.

Why X-Rayed Food Isn't Radioactive, And Other Puzzles

Why X-Rayed Food Isn't Radioactive, And Other Puzzles 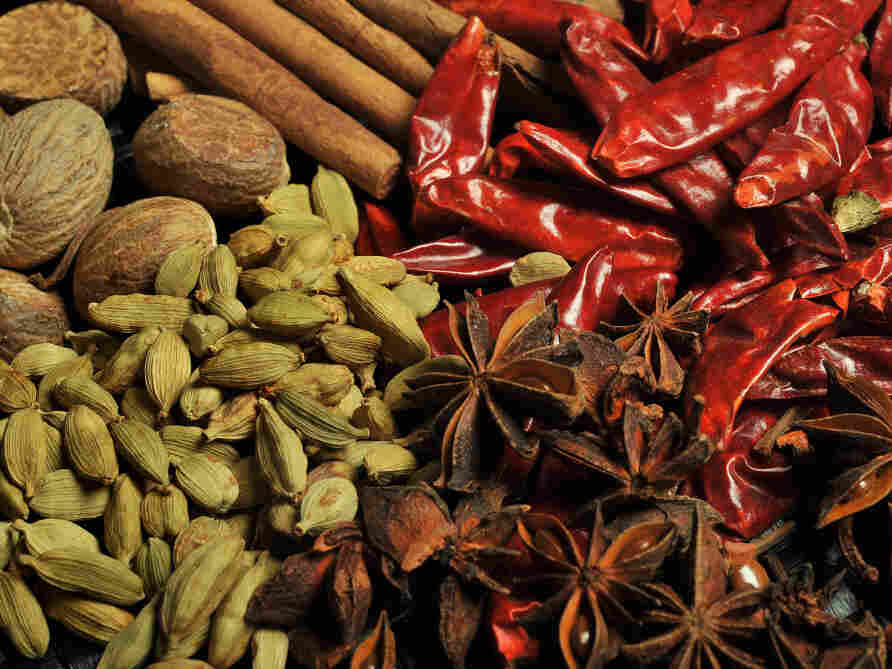 Irradiation is most often used to kill insects, parasites, or bacteria in or on spices, which are typically dried outdoors in before being shipped. Lui Kit Wong/MCT /Landov hide caption 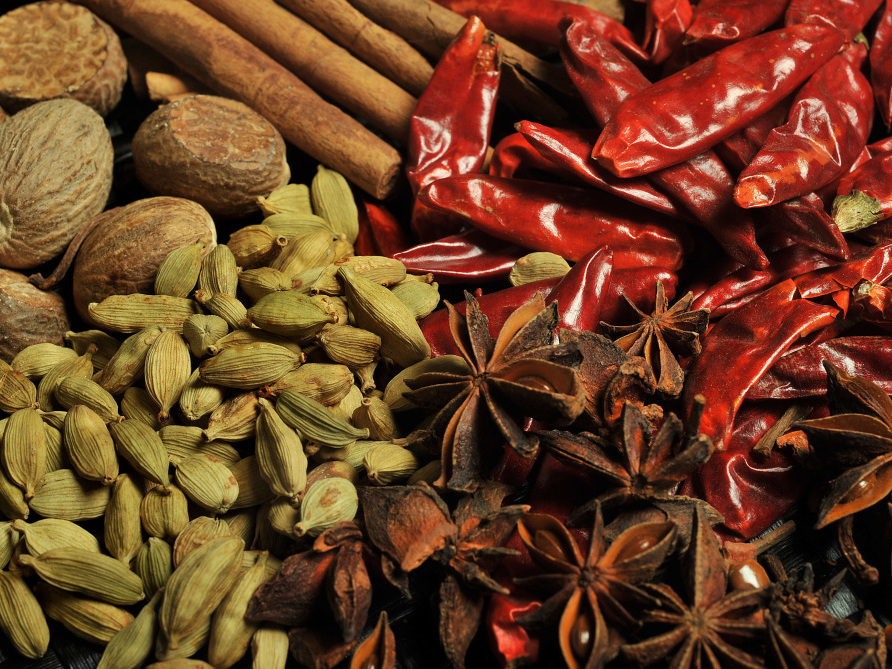 Irradiation is most often used to kill insects, parasites, or bacteria in or on spices, which are typically dried outdoors in before being shipped.

Earlier this week, we were surprised to learn that food manufacturers increasingly X-ray foods to screen for foreign objects that can break a tooth. That sounds like a good idea.

But the notion of X-rayed food also sparked a lively debate in The Salt's comments section on whether this poses a health threat. After all, we do know that some X-rays can damage DNA in the human body. So what does radiation mean for food?

To find out, we called around to experts on radiation, food, and safety for their thoughts. First we called Kelly Classic, a radiation health physicist at the Mayo Clinic in Rochester, Minn., and a spokeswoman for the Health Physics Society.

"There are two different things that we're talking about here," Classic told The Salt. "One is radiation exposure, simply meaning that radiation is passing through some material, whether it's our bodies when we have a chest X-ray or the food in this case." The energy that passes through in the form of photons is used to make an image, but neither the person nor the food becomes radioactive.

That's very different than the second type of exposure: being exposed to radioactive material. That's what happened after last year's Fukushima nuclear plant meltdown in Japan. Radioactive iodine and cesium spit out by the plant have contaminated crops, livestock, and seafood. Because ingesting radioactive particles increases the risk of cancer, many people in Japan have taken to buying imported food, even though the government monitors radiation in the food supply.

But too much exposure to plain old X-rays also increases cancer risk, too, which adds to the confusion. Repeated X-ray exposure damages DNA, and over time that can cause a mutation that leads to cancer. That's why people are told to limit the number of X-rays over a lifetime. (Here's a primer from the U.S. Food and Drug Administration on how to limit X-ray exposure.)

Since Classic spends her workday explaining the differences between exposure to X-rays versus exposure to radioactive material to patients and staff, she's all too familiar with the complexities. "Unfortunately, people like me don't do a very good job of even trying to explain it."

OK, back to food. The small amount of radiation manufacturers are using to screen for foreign objects doesn't affect the food at all, radiation experts say. But still, we wanted the data. Thermo Fisher, one company that makes food scanners, said the dose of radiation for scanning a pie would be about 10 microsieverts. A chest X-ray typically uses 100 microsieverts.

To translate that, we called Ted LaBusa, a professor of food science and nutrition at the University of Minnesota who's an expert on food irradiation. It turns out he studied nuclear physics at MIT, and made short work of the task.

So the dose the food X-ray machine gives is equivalent to what the food would be exposed to if it were sitting out in the air for 2.5 hours. "That's very small," he says.

Food irradiation is another matter altogether. There, the goal is to kill insects, parasites, or bacteria in or on food. It takes a lot more radiation to do that – about 3,000 sieverts, or almost a billion times more than the amount of radiation used to X-ray food for inspection.

Irradiation is used most often on spices, which are typically dried outdoors in Southeast Asia before being shipped to the U.S. "Cinnamon is probably the worst one," LaBusa says. "They dry it in the sun, it's exposed outside, you've got insects, birds, whatever, so you're going to get contamination." The FDA has also approved irradiation for fresh meat, poultry, wheat and produce. All food has to be labeled "treated by irradiation."

Irradiation of food raises fears of Fukushima-like contamination, though irradiated food does not become radioactive. More recent concerns about irradiation have focused on changes in foods' vitamin content and chemical composition, but the U.S. Centers for Disease Control and Prevention says there's not much to worry about there.

There's been an uptick in approvals for irradiated food of late, including mangoes from India and Pakistan. In August 2008, the FDA approved irradiation for iceberg lettuce and spinach, after repeated outbreaks of E. coli and Salmonella in fresh greens defied conventional methods of disinfection.