Accessibility links
How One Former Vegan Learned To Embrace Butchering : The Salt To connect better to community and food, one twenty-something has trained to become a butcher. 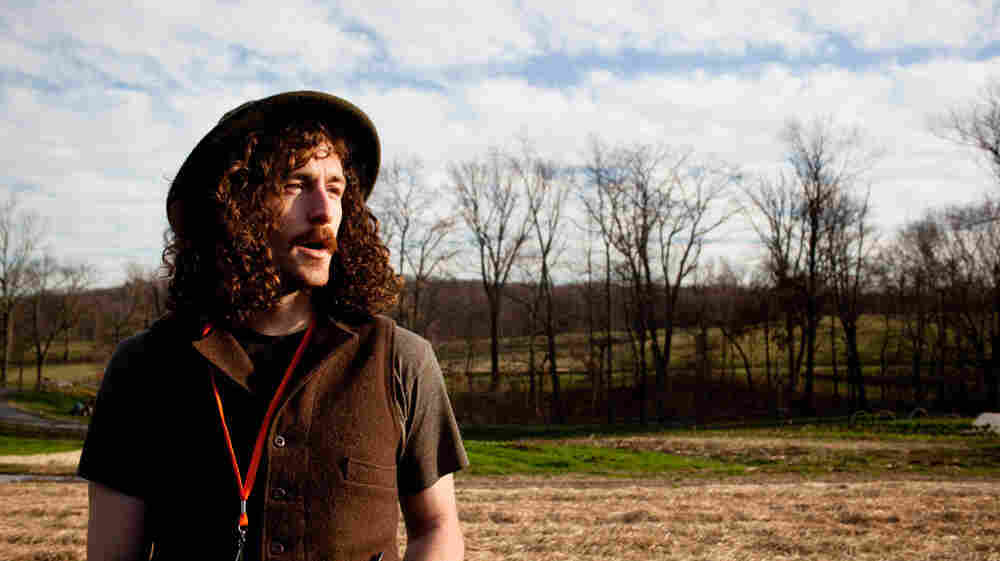 The farm-to-table philosophy has been mostly about knowing where food was grown. For meat, that meant knowing if your chickens were caged and if your beef was grass fed.

But with the revival of the butcher shop, some young people are undertaking the largely lost art of butchering as a stronger way to connect with their food.

For 24-year-old Andrew Plotsky of Washington, D.C., that meant leaving his job as a barista in a snobby coffee shop to learn the process of raising an animal, slaughtering it and butchering it for a meal.

"I had a romantic idea of the way I thought animals should and could be processed," he tells The Salt. He says he was attracted to the small scale tradition of a whole community having its hands involved in the raising of animals for food. "I wanted to be a part of that process," he says. "Somehow, that manifested in pig slaughter."

Long gone is the idea that only chefs care about the provenance of the meat they cook. Now, the notion of knowing a piece of meat's history seems to be trickling into the mainstream. Who raised it? Who killed it? How did it die? Who butchered it? It was questions like these that led Plotsky across the country.

The former vegan went to Vashon Island., Wa. to learn the butcher trade from Brandon and Lauren Sheard. His goal was to document the process for about a week and half. He ended up staying for two years.

"I had been preparing myself intellectually for years," he says. "The immediacy of taking life was difficult at first. It's still something I'm figuring out how to rationalize."

Pigs are first shot with a rifle to stun them. Then their throats are cut to let them bleed out. "The moment of silence before the shot is taken was difficult," Plotsky says. "It came out of fear that the pig would suffer." 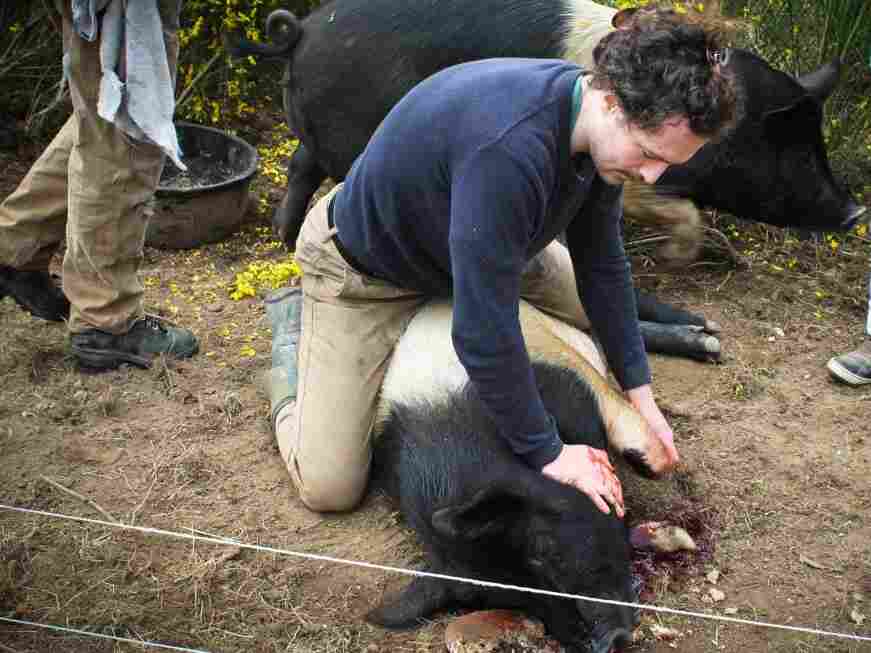 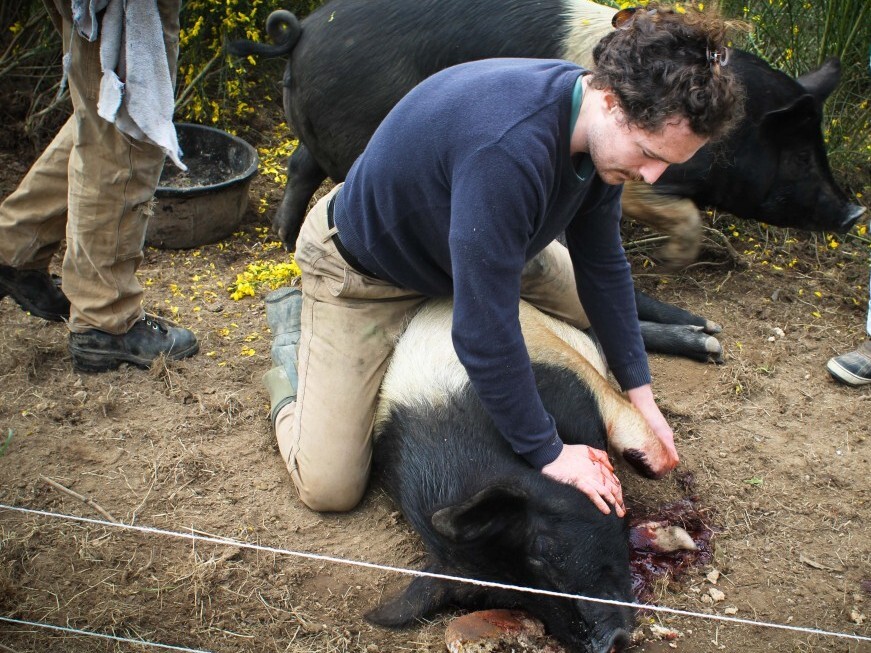 Andrew Plotsky, 24, takes down a pig to be butchered.

By killing the animal himself, Plotsky says he strengthens his bond to that animal, as well as the food it provides, the ground it lived on, and the family and friends he shares the meal with.

Though killing the animal weighs heavy on Plotsky's heart, carving the precise cuts from the pig weighs heavy because of its physical size. He has to wrestle the carcass and take awkward positions to make sure he gets exact cuts. "There's a steep learning curve," he says.

As a pork butcher, Plotsky typically uses a bone saw, a cleaver, a boning knife and another sharp knife to "break down" a pig. Each side of the pig will get cut into quarters: the shoulder, the leg, the loin and the belly. Using geographical markers, such as the sternum and vertebrae, butchers locate exactly where to slice first. For the leg quarter, it's one vertebra up from the curve near the bottom of the spine.

Two years later, the butcher and filmmaker is still working at the farm and documenting the process with the Sheards for others to see. He says he finds the work enriching because he's present for the whole process — something he hopes more consumers can connect with through his agrarian videos.

It seems to be working, too. "I see the 'hipification' of butchery in urban areas like Brooklyn and San Francisco," he says. "It's a good thing."

Andrew Plotsky's film on pork butchery. Caution: Some images may be graphic for some viewers.

His favorite cut of a pig? The trotter, or the foot. "If you have a trotter on a plate, you should feel blessed and not say 'Ew,'" he says. "They're kind of everything a chicken wing dreams of being."

Several readers asked about Plotsky's veganism, so we asked if he could clarify his decision to go back to eating meat. Plotsky says he was a vegan in part because he was disgusted with the ways animals are processed at the industrial scale. But when he started learning about the craft of butchery, he was drawn to the idea of reviving a lost practice. "My interest in [butchery and meat] is on the side of cultural and community nourishment rather than dietary satisfaction," he says.