Accessibility links
Not Your Grandmother's Hospital Food : The Salt Gone are the days when hospital food all looked the same. Now, some hospitals are hiring full-service chefs to accommodate the refined tastes of moneyed clientele. Others have allowed fast food chains like McDonald's to set up shop in their cafeterias.

Not Your Grandmother's Hospital Food

Not Your Grandmother's Hospital Food 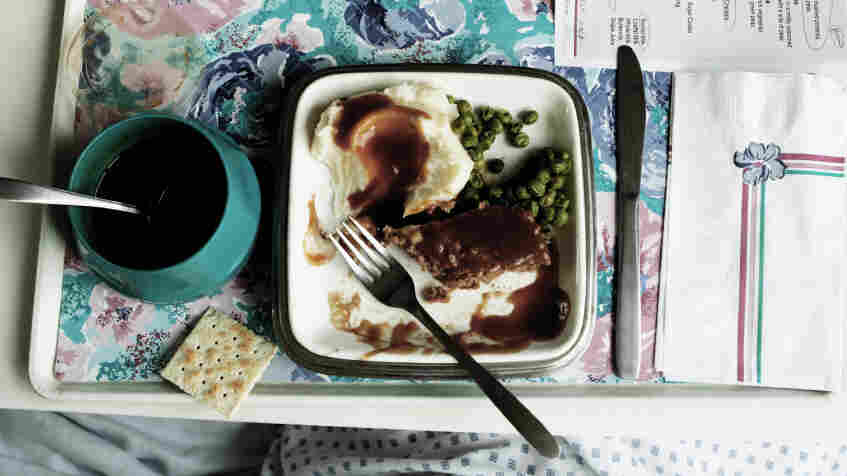 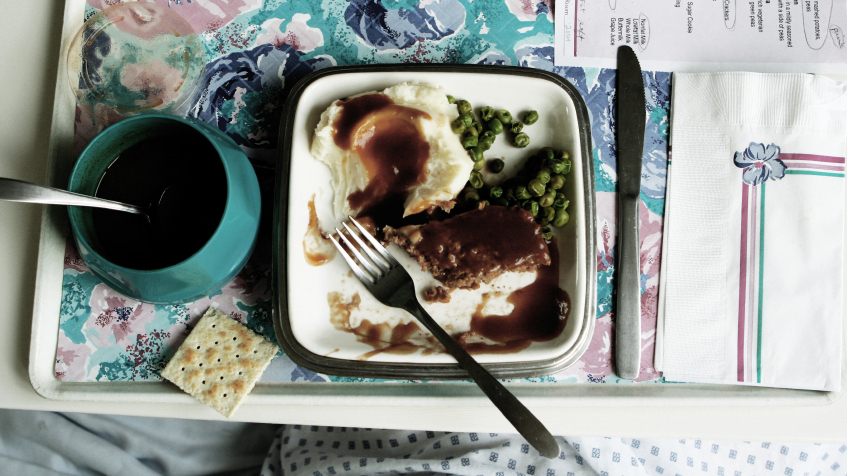 Hospital food is going from gruel to gourmet.

Hospital food, like airplane food, is the kind of institutional food we love to hate.

But the days of jello cups and puddles of grayish gravy are numbered.

A lot of people — from deep-pocketed foodies to fast-food lovers to locavores — aren't standing for barely edible hospital food anymore.

At one end of the spectrum, some hospitals are going extreme gourmet. And not just with spinach salad or whole grain rolls on the tray.

This high-brow selection, of course, comes with a price. You only get this kind of service if you agree to pay well upwards of $1,000 a night just for a room.

Down the street, at the similarly opulent Eleven West wing of Mount Sinai Medical Center, the hospital's director of hospitality tells the Times he loves the Colorado rack of lamb his chef serves. "We pride ourselves on getting anything the patient wants," the director said. "If they have a craving for lobster tails and we don't have them on the menu, we'll go out and get them."

While lobster tails and heirloom tomatoes may be the standard in New York's most expensive health care facilities, other hospitals have replaced the mashed potatoes and gravy with fast food.

According to the Physicians Committee for Responsible Medicine, which put together a report on the "Five Worst Hospital Food Environments" last month, the Chick-fil-A chain has set up shop in several facilities, including the Texas Medical Center's St. Luke's Episcopal Hospital and the Medical University of South Carolina University Hospital in Charleston, S.C. McDonald's has had similar success getting established in hospitals, with branches at the Children's Memorial Hospital Complex in Chicago, Ill., and the Naval Medical Center San Diego.

The PCRM isn't so keen on this trend, for obvious reasons. "Fast-food outlets are especially troubling because their menus tend to be dominated by foods that are extraordinarily high in saturated fat, cholesterol, sodium, and sugar," the group said in a statement. And patients aren't the only ones in hospitals who may not benefit from these choices. As Nancy Shute reported last month, health care shift workers may be at risk of obesity and type 2 diabetes because of the poor quality of food available in their workplaces.

Still, there are other changes afoot in hospital cafeterias — attempts to make the food more healthful without an exorbitant price tag.

The University of Maryland School of Nursing noted this month that over 40 hospitals in Maryland, the District of Columbia and Northern Virginia are now regularly purchasing locally grown fruits, vegetables and meat. The school now has a program called Maryland Hospitals for a Healthy Environment, which helps connect area hospitals with local food options and trains hospital chefs how to rework their menus.

"We're seeing a growing demand from our employees, medical residents, students, and visitors for these local grass-fed meats produced without antibiotics and other additives," Tiffany Hightower, operations manager of the food and nutrition services department at George Washington University Hospital, said in a statement.