Accessibility links
Is Today's Beef Better For The Environment? : The Salt A new study wants to rectify beef's image as an environmental miscreant. It says modern beef production is a lot kinder to the environment than it was 30 years ago. 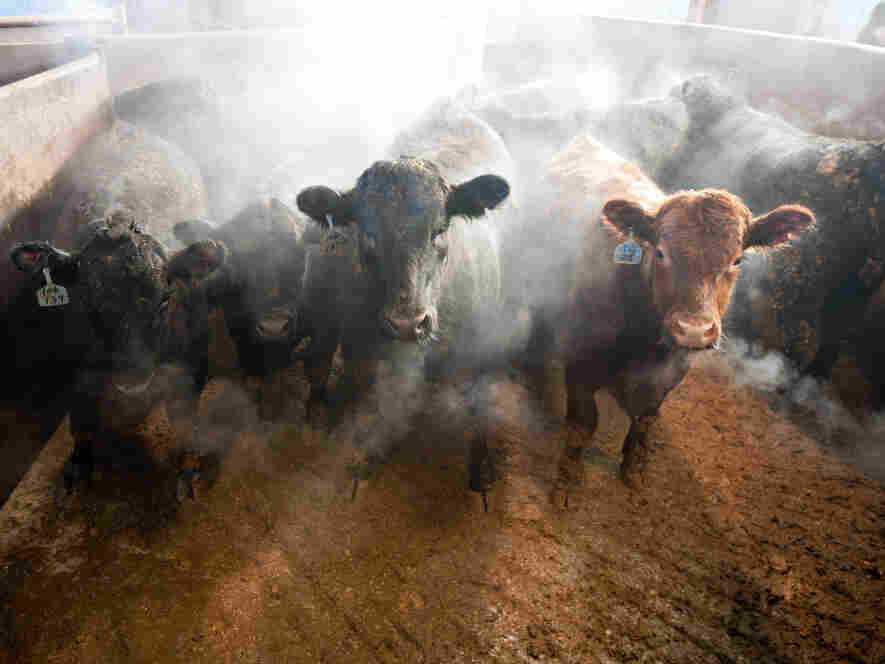 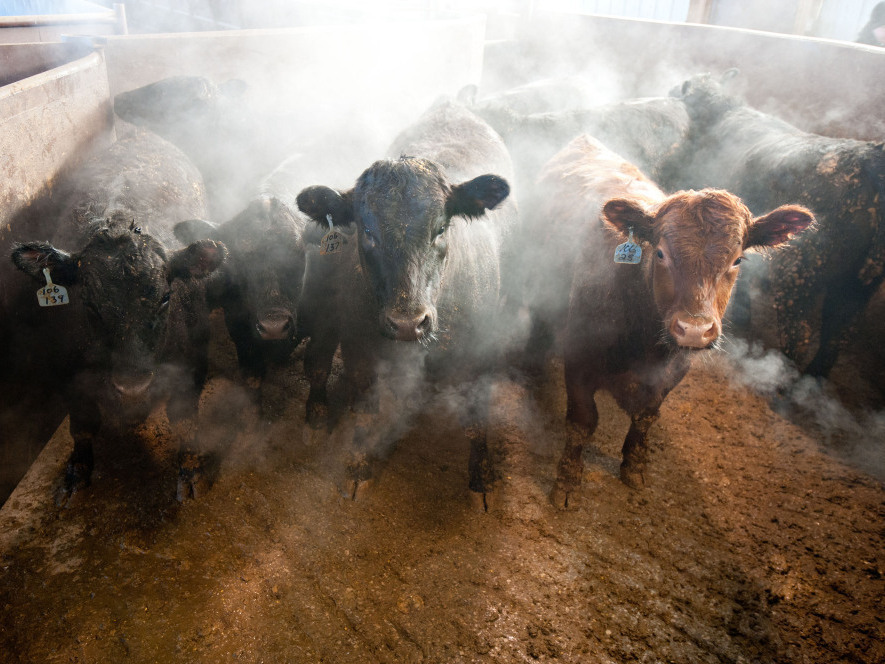 Beef cattle stand in a barn on the Larson Farms feedlot in Maple Park, Ill.

The American beef industry has taken a bit of a beating in recent years. Beef has been linked to heart disease and cancer and hamburgers have been recalled. We're also often told that cattle require a lot of precious food and water to make tender steaks.

But a study wants to rectify beef's image as an environmental miscreant. It says modern beef production is a lot kinder to the environment than it was 30 years ago.

Jude Capper, an assistant professor of dairy science at Washington State University who did the study, found that cattlemen used 33 percent less land, 12 percent less water, 19 percent less feed and 9 percent less fossil fuel energy in 2007 to produce the same amount of beef as they did in 1977. How? Mainly by getting more meat out of fewer cows.

"[The industry] knows far better how to care for, feed and manage cattle," Capper tells The Salt. Her study, which appeared in the Journal of Animal Science, was produced at the request of—and with some funding from—the industry.

Environmentalists agree that beef production is a lot more efficient than it used to be. But there are still problems, according to Chuck Benbrook, chief scientist at The Organic Center.

Consider the typical beef cow's diet. Corn, the food of choice at industrial feedlots to fatten cattle for slaughter, is a cheap and calorie-dense food source. But cows are designed mainly to digest grass, and a grain-heavy diet can over time irritate the digestive tract, which can require antibiotics as treatment. Benbrook says the huge quantity of antibiotics now being pumped into beef cattle for this and other health problems is bad for humans.

Capper's study also doesn't address the "downstream" effects of concentrated operations and their waste, environmentalists say. As feedlots get bigger, so do manure piles, says Doug Gurian-Sherman, senior scientist at the Union of Concerned Scientists.

"Think of a sponge," Gurian-Sherman tells The Salt. "You sprinkle a little water on it and the sponge will absorb it. If you put too much on it, it goes through. Feedlots often put way too much manure on nearby crops—more than can be absorbed—and it goes through into the groundwater or runs into streams."

Capper responds that it's that impossible to measure the effects of cattle manure on groundwater. But she says farms release less nitrogen and phosphorus, two nutrients in waste that can pollute waterways, than before.

Water is another point of contention. Gurian-Sherman says he's concerned that the industry has relocated to regions where water is scarce. "Feedlots have moved somewhat from California and Eastern states towards the drier parts of the great plains [which] exacerbates water issues [in those areas]," he says.

But even if Capper's study gives the industry more environmental credibility, some say it could stand to be more forthcoming about how it impacts the environment. In February the Environmental Protection Agency is expected to propose new or revised rules requiring better water quality data from large animal feeding operations.