Accessibility links
Billboards Slather On The Guilt With Anti-Cheese Campaign : The Salt A sensational new billboard in Albany, N.Y., wants to scare people away from cheese. Its creator, a physician turned health activist, says Americans should abandon cheese altogether to prevent obesity.

Yes, we're a nation of cheese-eaters. We load it onto pizza, layer it in burritos, sprinkle it on salads, and slap it on sandwiches.

In fact, we eat about 31 pounds of it per person each year, according to the U.S. Department of Agriculture's estimates. That's nearly triple the amount Americans were eating in 1970.

But is cheese the true culprit behind flabby thighs and paunchy bellies?

One group thinks so, and hung unsavory images with that very message as billboards in Albany, N.Y. "Cheese and other dairy products are the leading source of saturated fat that our kids are swallowing," says Neal Barnard of the Physicians Committee for Responsible Medicine. "And I think most Americans are totally oblivious to it."

When you consider all the artery-clogging saturated fat linked to heart disease, and the cholesterol ("as high as any steak you'll find"), how often should we be eating cheese? "I'd say never," Barnard tells us. 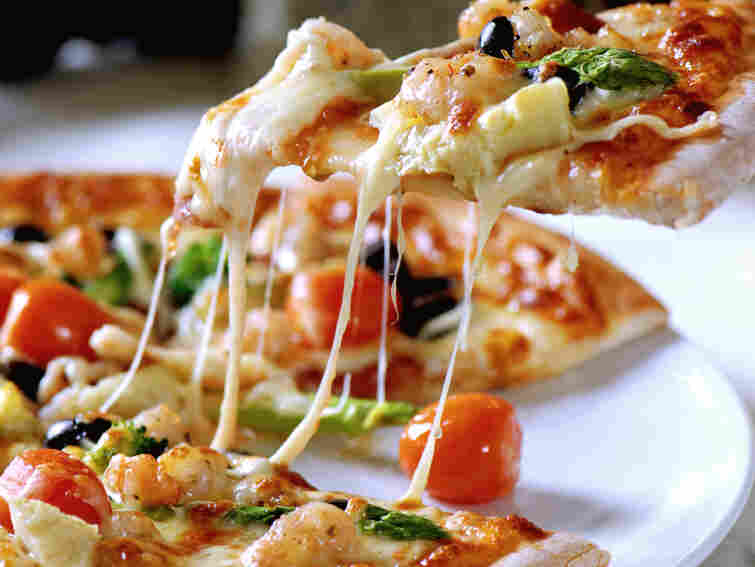 Americans eat about 31 pounds of cheese per person each year, according to the U.S. Department of Agriculture. iStockphoto.com hide caption 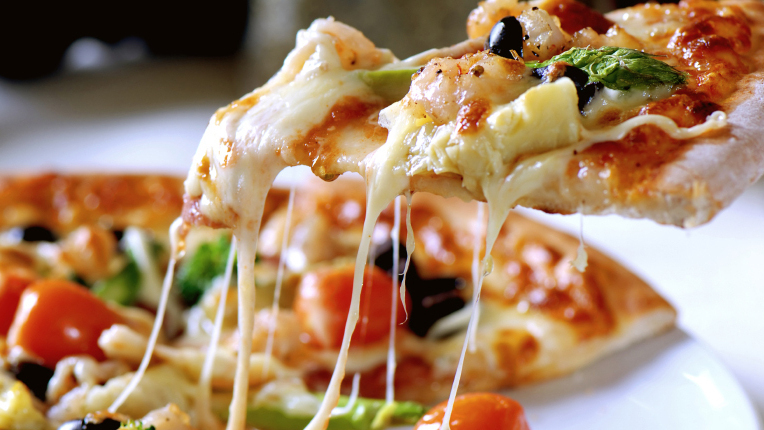 Americans eat about 31 pounds of cheese per person each year, according to the U.S. Department of Agriculture.

Never? Wow. This is a long way from the "everything-in-moderation" message. And it's also out of synch with mainstream nutrition advice. Federal dietary guidelines say it's OK to eat small amounts of saturated fat — not more than 10 percent of daily calories. And heck, cheese does have two things our bodies need: protein and calcium.

But Barnard, who has long advocated that a vegan diet is the healthiest, says Americans would be better off with a clean break. He points out there are plenty of satisfying alternatives.

It's a message that seems to be falling on some deaf ears in Albany. When I spoke to a few people who'd driven past the billboards, they said the images were obnoxious and offensive.

And in Wisconsin, when Barnard's group ran a billboard portraying the grim reaper wearing a cheesehead hat, there was outrage.

All this made me wonder: The French love cheese; are they having this food fight? So I put in a call to the French Embassy.

And Baudry says he has noticed that there's a big difference between their way of eating cheese and ours.

"I mean, we don't eat cheese inside a sandwich or whatever," Baudry explained. "We stop everything else and we eat it for what it is." That means a treat to savor, usually at the end of a meal.

"We believe in cheese. It's like a religion," Baudry told me as he ticked through a list of his favorites — Camembert, bleu, Pont-l'Eveque.

Yes, it's rich and full of calories. But Baudry says a common expression in French is "fromage ou dessert." Cheese or dessert. "It means you can't have both. You have to choose."

So, what do you think? Could the French style of savoring cheese keep us from slathering it?