Accessibility links
This One's For The Chicken: A Super Bowl Party With A Purpose : The Salt Over the years, Stephen Thompson's Chicken Bowl has grown into a heated battle in its own right, with contests mirroring the thrilling heroics of the Super Bowl. 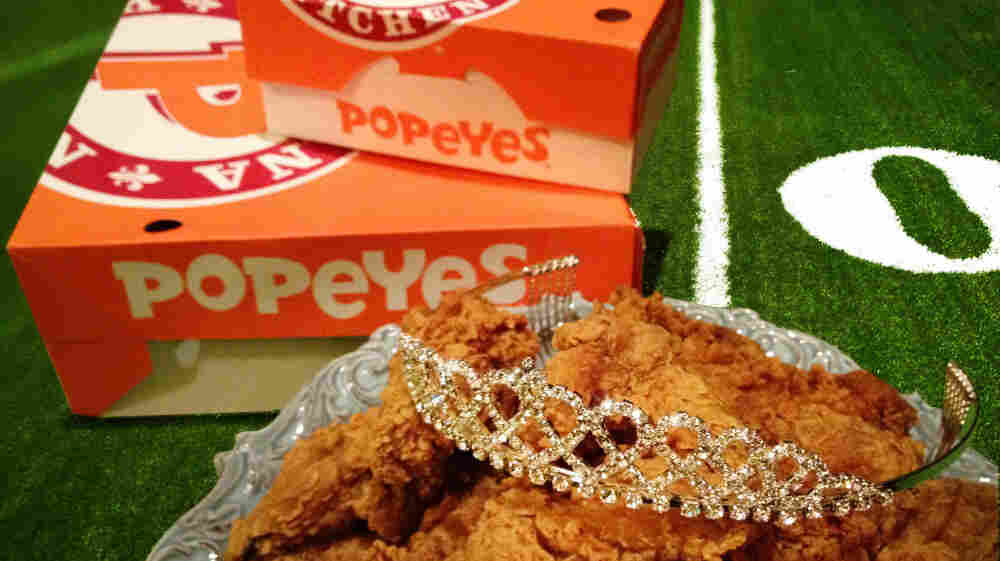 Many will compete, but only one will be crowned Chicken Bowl champion this Sunday. Photo illustration by NPR Staff hide caption

This Sunday will mark the 16th annual installment of "Chicken Bowl," my Super Bowl party, which doubles as a grand fried-chicken-eating contest. As many as 80 friends, coworkers, enablers and hangers-on will cram into my long-suffering house for this noble occasion.

But even with all the extravagances I've cobbled together to keep them happy — large TVs, vintage arcade machines, working toilets — there has never been a shred of doubt that chicken is king.

I spend more at Popeye's on this particular Sunday than I spend on my wardrobe in a year, so great is the demand. Even vegetarians are both welcome and well-fed at Chicken Bowl, though I insist that they be cordoned off from the rest of the party and forced to watch "tofutball," a meatless football substitute in which slightly built men strike each other gently with pillows.

Chicken Bowl began back in 1997, as a way to combine my love of football with my love of sitting still and eating fried chicken while watching football. But over the years, it's grown into a heated battle in its own right, with past contests mirroring the thrilling heroics of the Super Bowls themselves.

In 2003, as the New England Patriots kicked a last-minute field goal to beat the Carolina Panthers, I set a Chicken Bowl record for most pieces eaten during the game, with 18. But I lost that year: A coworker of mine at The Onion had consumed 17 pieces, yet scored more points. In Chicken Bowl, as in life, breasts are worth 1.5 points, thighs 1 point, legs 0.5 points, and wings 0.5 points. The Al Gore of competitive chicken-wolfing, I had lost in the poultry equivalent of the Electoral College.

My luck would improve. Ever since I moved from Wisconsin to the East Coast in 2006, I've enjoyed a natural advantage over the arugula-chomping soccer-watchers with whom I work at NPR. At my first D.C.-area Chicken Bowl, surrounded by scrawny temps and horrified onlookers, I breezed to a virtually uncontested victory. My Midwestern roots and history of gluttony served me well, as I ate 14 pieces and barely broke a sweat.

But the East Coast is finally catching up to the trend-setting Midwest, gluttony-wise, though I've helped spur on the progress by providing incentives to compete. Back in Wisconsin, Chicken Bowl champions would settle for the entirely figurative Chicken Bowl Championship Trophy. In lieu of a statue of a chicken — or a fist holding a drumstick — winners were urged to find the trophy within. 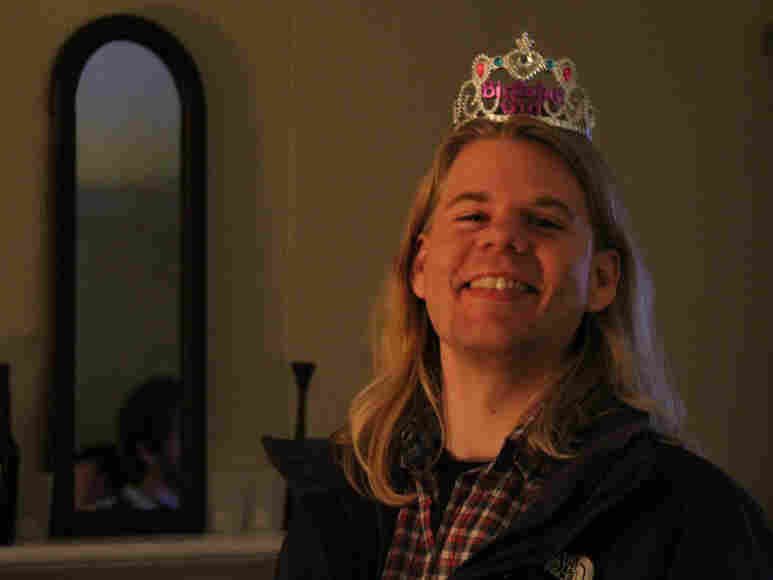 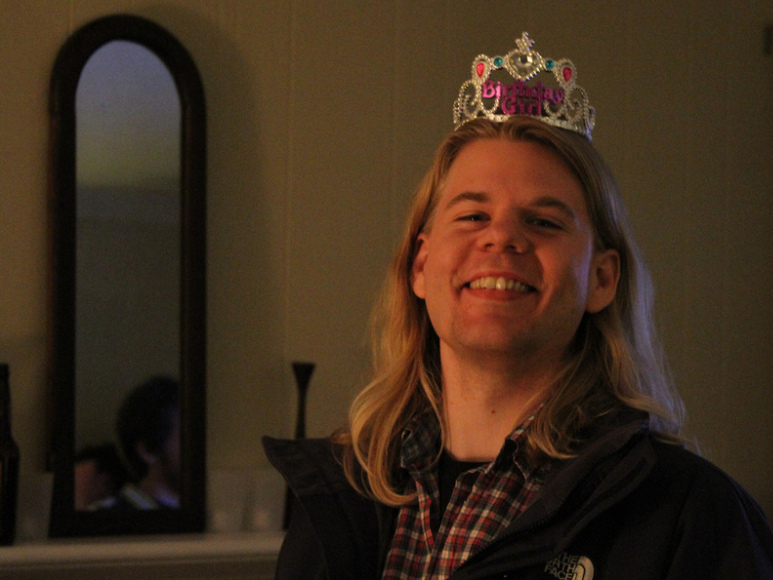 Lars Gotrich, assistant producer for NPR Music and winner of the 2011 Chicken Bowl.

Eventually, however, it occurred to me that "the trophy within" consisted of a giant wad of partially digested fried chicken, which seems scant if bragging rights aren't your thing. Thanks to the magic of mail order, I now bestow upon each year's winner a very real Chicken Bowl Championship Tiara.

On Sunday night, I will dig deep, look to my months of training, and hope that luck and skill conspire to help me don that tiara after eating several entire heavily breaded fried chickens. When and if that time comes, I will feel like a Super Bowl champion and the prettiest princess in all the land, rolled into one greasy, misshapen ball.

A writer and editor with NPR Music — and a panelist on NPR's Pop Culture Happy Hour — Stephen Thompson intends to periodically shirk his Chicken Bowl hosting duties long enough to live-tweet the big event at @idislikestephen.