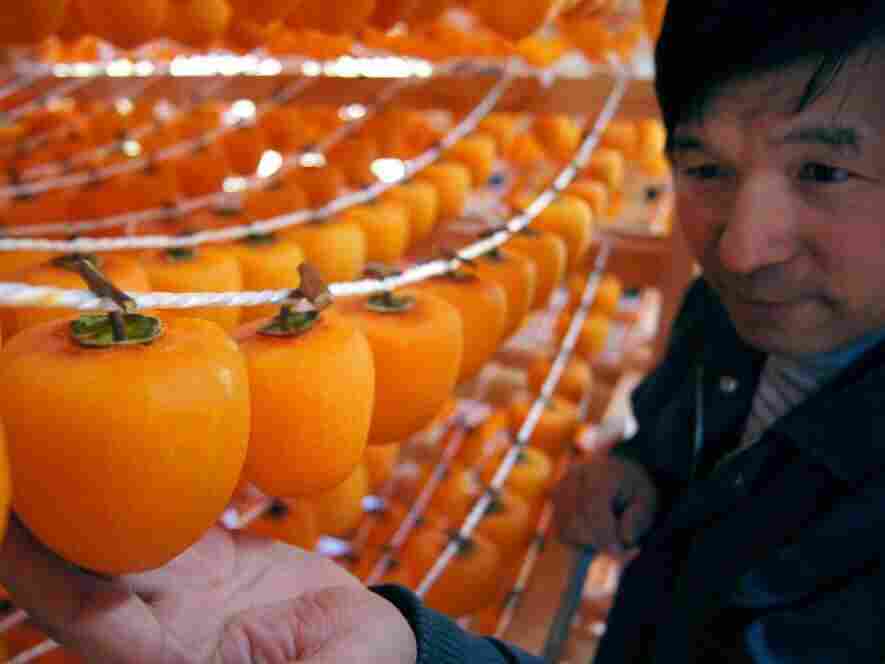 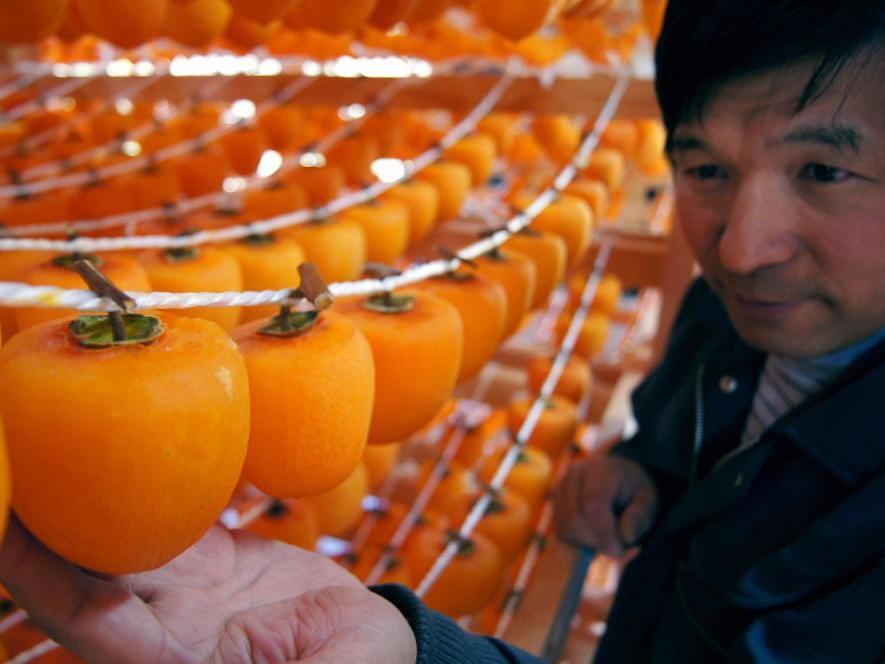 Peeled persimmon is a traditional food of Tohoku.

If there was a Julia Child of Japanese cooking — a witty and passionate interpreter of the cuisine — Elizabeth Andoh would fit the bill nicely.

As an exchange student back in the 1960s, Andoh came to Japan from New York to pursue anthropology. She fell in love, but not just with a local businessman. She is also devoted to parsing and explaining the finer points of Japanese cuisine to the rest of the world, as a writer for Gourmet, cookbook author and culinary teacher in suburban Tokyo.

One thing Andoh has learned along the way is that traditional dishes often disappear during periods of upheaval — like right now.

Next month marks one year since the triple crisis — the earthquake, tsunami and nuclear accident — pummeled Japan. But concerns about food safety in the aftermath of the nuclear accident have hampered recovery of regions like Tohoku — a prime producer of seafood, delicacies like miso paste, and sake. So Andoh decided to help by raising money doing what she does best: publishing a cookbook.

But instead of her usual lavish coffee-table tome, this book would have to be shorter and published online only, to be completed in time for the one-year disaster anniversary.

Andoh's mission this time is also to save Tohoku by documenting its obscure regional cuisine.

Chilly and remote, with both mountains and a long coast, Tohoku cooking draws heavily on foodstuffs dating back 5,000 years. 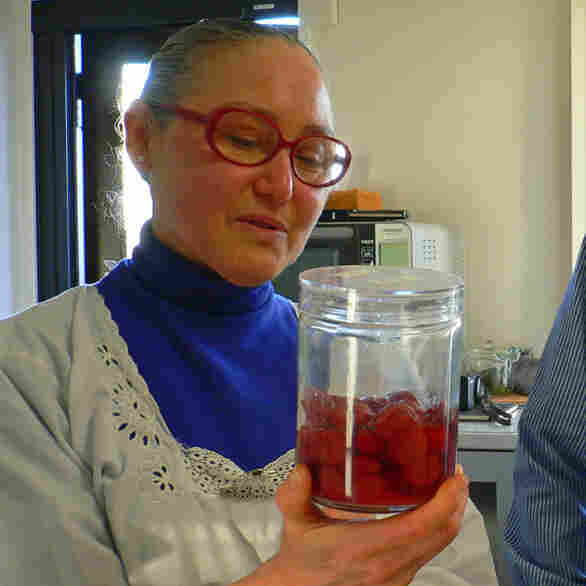 Elizabeth Ardoh, wearing a traditional white Japanese apron, at one of her recent workshops in Japan. Lucy Craft for NPR hide caption 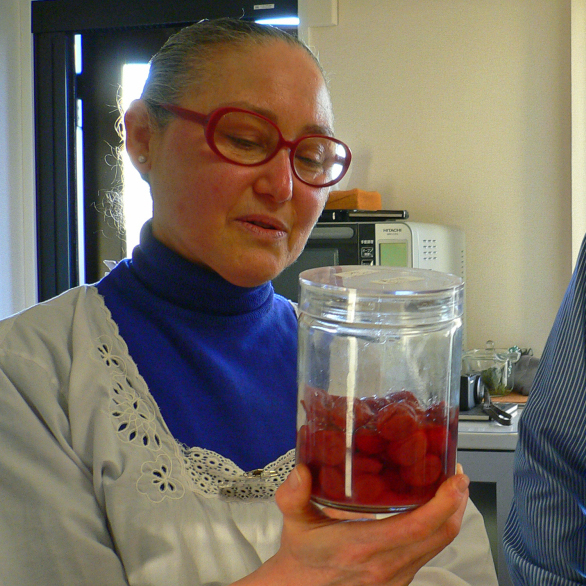 Elizabeth Ardoh, wearing a traditional white Japanese apron, at one of her recent workshops in Japan.

"Some of the foodstuffs that I've tried to give a new life to — the seeds, the nuts, the dried flowers — they're not things that people normally would think of using in the kitchen," she says.

Documenting the cuisine is challenging work, in part because many residents have scattered. Some are living in temporary housing while others have moved to other parts of Japan, she says.

"There's a sense of urgency I feel that before it gets too assimilated, that people share their food memories with me so I can get it out there to a larger audience," Andoh says.

"Because it travels well, doesn't have to be reheated, it became the first food that survivors ate," she says. "That's the whole point. It's comforting, because it's recognizable. It's the thing you want when everything else is falling apart."

Andoh's book, Kibo, Brimming with Hope, will be released this month in digital form only, with half the proceeds going to the recovery of Tohoku.