Accessibility links
Is Adding Fiber To Food Really Good For Your Health? : The Salt Fiber-fortified products are all over the supermarket. But are these foods actually making you healthier? This question turns out to be one of those places where scientists know a lot less than you may think they do. 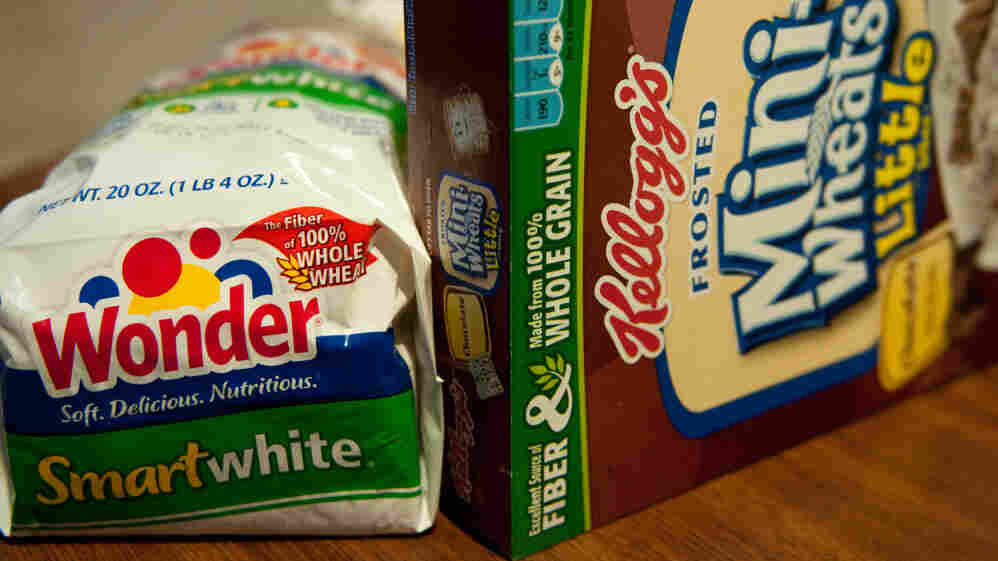 Food products need at least 3 grams of fiber to be labeled as a good source of fiber. John Rose/NPR hide caption 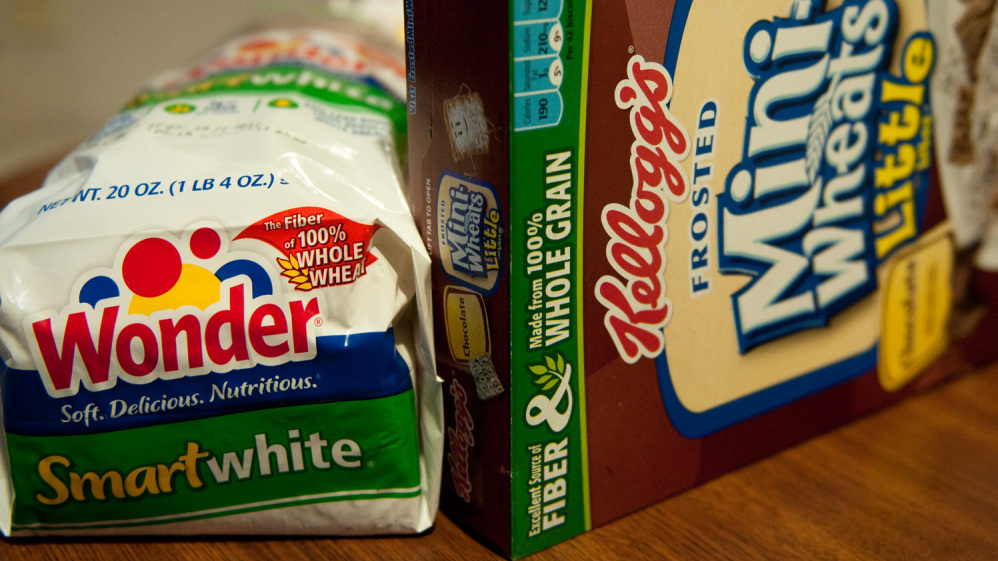 Food products need at least 3 grams of fiber to be labeled as a good source of fiber.

I'm standing in the cereal aisle with three items in my basket: a box of sugary kids' cereal, some yogurt and a bottle of apple juice. According to their labels, all three of these foods are good sources of fiber, which, if you think about it, may say as much about us (the shoppers) as it does about the food we buy.

"We're looking for elements within things," says John Swartzberg, a professor of public health at University of California, Berkeley. "Almost a mystical kind of thinking."

He says that our love affair with food additives — fiber, for example — can be traced back to a single moment in history: British navy, 1747. "They realized that when the sailors were eating citrus fruits, they didn't get this terrible disease called scurvy," he says.

That launched the idea that specific, isolated ingredients in foods could prevent — sometimes even cure — diseases. And often, they could. Vitamin D prevented rickets. Iodine prevented goiters.

"So all of these things led us to think that we just have to find these magic bullets within foods that we replace and we'll be much better," he says. This is the legacy that is on full display at any modern grocery store.

I'm shopping in one with Jan Matsuno. She's a food scientist for the Center for Culinary Development, a research firm in San Francisco. Many trends have come and gone under her watch: the low carbs, the Omega-3s and so on.

She says what's enabled the fiber craze is, in part, chemistry. "You can get these powdered, soluble fibers, put them into a glass of water and it just dissolves," she says. "It looks and tastes like water. It's amazing."

In the bread aisle, we pick up some white bread. The package we find is labeled "good source of fiber" — a label that many people may already be skeptical of, as NPR's Nancy Shute reported. Matsuno reads the list of ingredients: "Sugarcane fiber. Oat fiber. A resistant corn starch also can be fiber."

Just to be clear, all of those are additives that you would not normally find in white bread. When added up, they bring the fiber content up to the magic number of 3 grams. That's the minimum amount you can pack into a product and still have the words "good source of fiber" on the label.

Matsuno says that designation is a bit generous. "An apple with the peel is 5 grams of fiber," she says.

So are these fiber-fortified foods actually making you healthier? This question turns out to be one of those places where scientists know a lot less than you may think they do. For example, a lot of people think that fiber will help protect you against colon cancer. But so far, that link is not conclusive.

There is a stronger connection between fiber and cardiovascular disease, Swartzberg says. Basically, people who eat lots of fruits, vegetables and legumes have lower rates of heart disease.

But no one knows exactly why fiber-rich foods appear to prevent heart disease. Is it the fiber? Or is it something else in those foods? Maybe it's a combination of things. Maybe there is no single, magic bullet.

Now, some food scientists are less critical of these fiber additives. They say many Americans are always going to choose junk food over fruits and vegetables. So you might as well put some fiber in there, even if we don't really know how much of a benefit it's having.

But pretty much everyone agrees that given a choice between fiber-fortified sugar cereal and an apple, you're better off with the apple. "I don't want people to think that by adding things to unhealthy foods, it somehow makes them healthy," Swartzberg says. "And I think that's the most important message."

One thing we do know about some synthetic fiber additives? Eating too much of them can give you gas. But you probably won't see that mentioned on the front of your cereal box.

Previous audio and Web versions of this story incorrectly said that iron prevents goiters. It is iodine that does so.