Accessibility links
Urban Farming: Don't Count Your Eggs Before They've Hatched : The Salt When an urban farmer loses some baby chicks she was going to raise in her backyard, she's reminded that nowadays the consumer rarely has to bear the risks or costs of raising food. 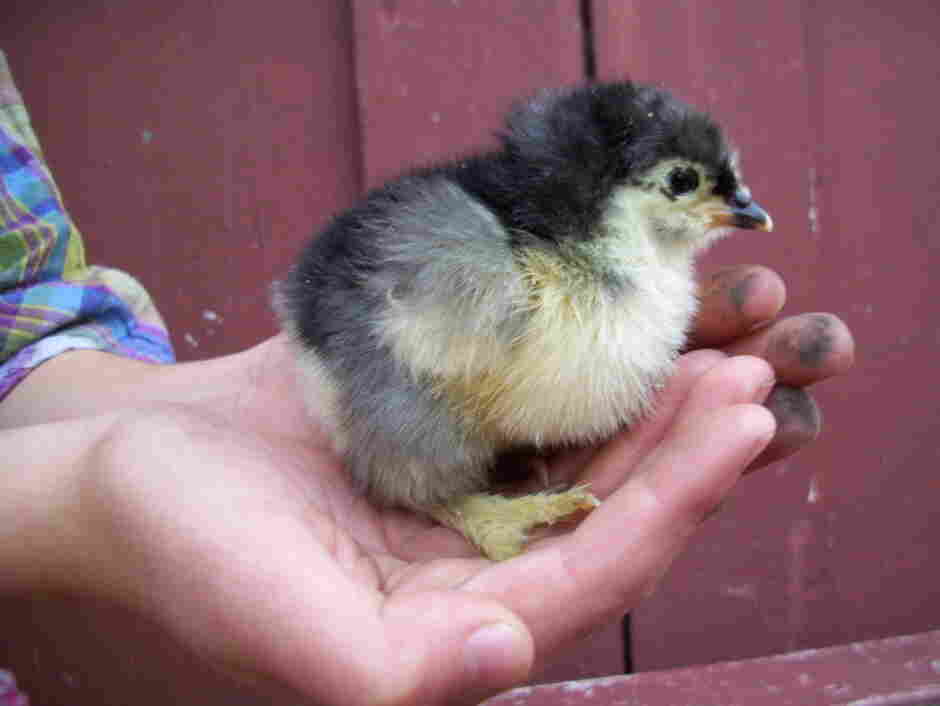 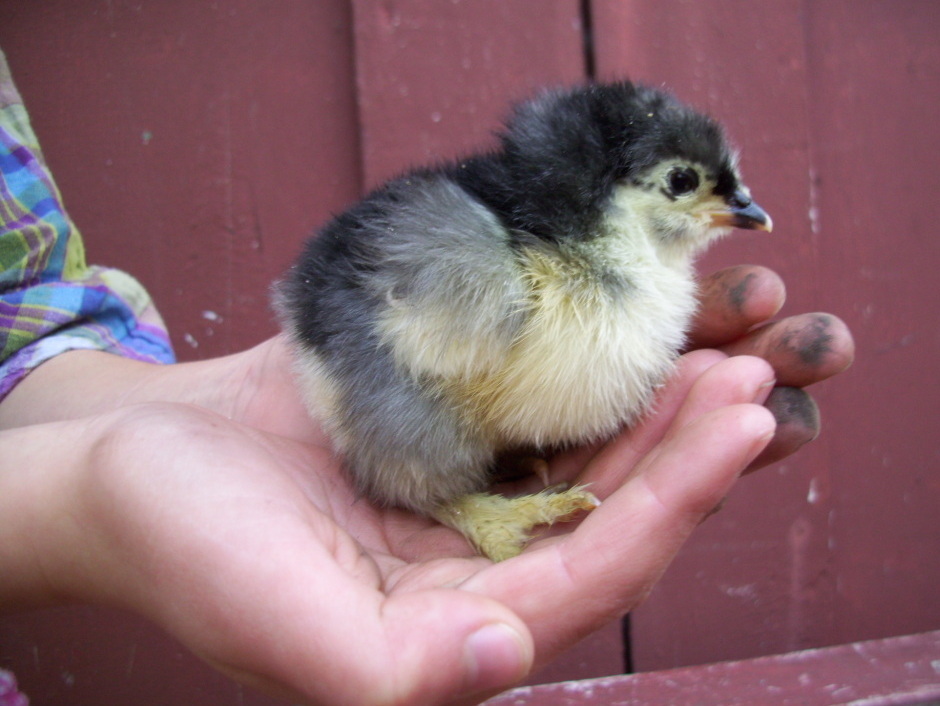 One of the few baby Cochin chicks that survived the trip to Sara Sarasohn's home in Berkeley, Calif. last week.

At my grocery store in Berkeley, Calif., an organic head of lettuce is less than $2. An organic chicken costs as much as $17.

But believe me: That chicken is worth every penny.

Right now I have three backyard-raised chickens in my freezer. My family and I ate a fourth one for dinner on Friday. From the time we bought them for $2 apiece as little baby chicks last fall until we slaughtered them Tuesday afternoon, we invested $15 worth of chicken feed and many hours of work into each one of them.

But this month has been a reminder of just how risky and unpredictable raising your own food can be.

We grow vegetables in raised beds in our Berkeley yard, and I can go days and even weeks when I don't pay much attention to them. But the heavy breed chickens we raise — good for eating and laying eggs — need to be tended many times a day.

Since we got our first batch of chicks two years ago, we've gotten pretty good at raising, killing and eating them in almost a perfect cycle, with one batch mature just as the next batch comes in.

Then, last Monday, I got a call from the post office. Our new batch of Cochin chicks was ready to be picked up. (Baby chicks are sent in the U.S. mail right after they are hatched, but the mail carrier doesn't bring them to our house.)

As they cheeped from their cardboard box on my way home, I felt great.

But when we opened the box, my heart sank. One of the babies was dead in the corner of the box. The rest of them had a hard time standing and were moving slowly. Something was clearly very wrong.

I spent Monday afternoon running back and forth between my desk and the box. I tried to help the weaker ones, dipping their beaks in sugar water and hoping they would stay upright when I set them down. Over then next couple of days, 18 of them died.

With each little death, I had to recalibrate what we would eat this coming summer — the only meat we cook in our house is the chicken we raise. We also usually sell some of our egg-laying chickens, so the loss of so many babies is going to mean a little less money a few months from now.

This isn't a hardship for us. If we really needed meat we could buy it at the grocery store, and the financial stability of our family isn't resting on the chickens we sell.

"Can't you just get the company to send you more chicks?" a lot of my friends asked. That seems like a logical fix, if the chickens were defective shoes or toys we ordered on the Internet. Living things are different, susceptible to diseases and predators and, we suspect in the case of these baby chicks, the cold.

Much of our food is vulnerable, but we are not used to bearing the cost when things go wrong. It's the farmer or the distributor or the grocery store who has to absorb most of the losses when produce spoils or animals die.

On Tuesday, we slaughtered four roosters. They began crowing on Monday, which is our signal that they are mature and ready to be eaten. I made stock with the feet and necks that evening.

Making the stock is easy compared to the rest of the work we did last week. Over the next several months, our whole family is going to spend many hours taking care of our remaining babies before any of them are old enough to lay eggs or to eat. And we're going to start anew with a few more chicks from the hatchery, too.