Accessibility links
Why The Best Chocolate Is The One You Eat Last : The Salt In a recent study, people were three times more likely to favor the last chocolate when they were told no more were coming. Researchers say this built-in bias for endings might also have implications in the world of online dating. 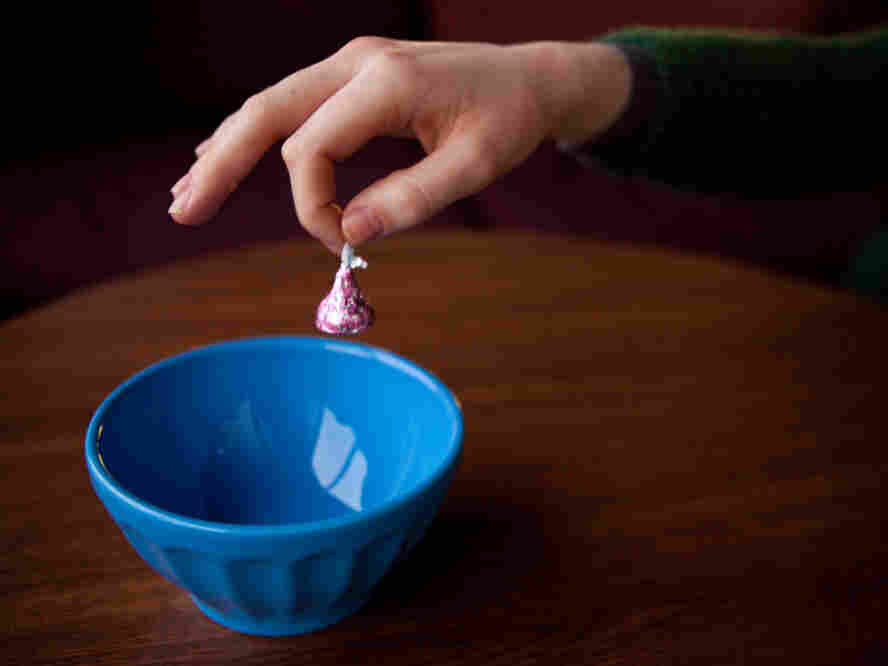 If that Hershey's Kiss is your last, researchers say it's likely to taste better. John Rose/NPR hide caption 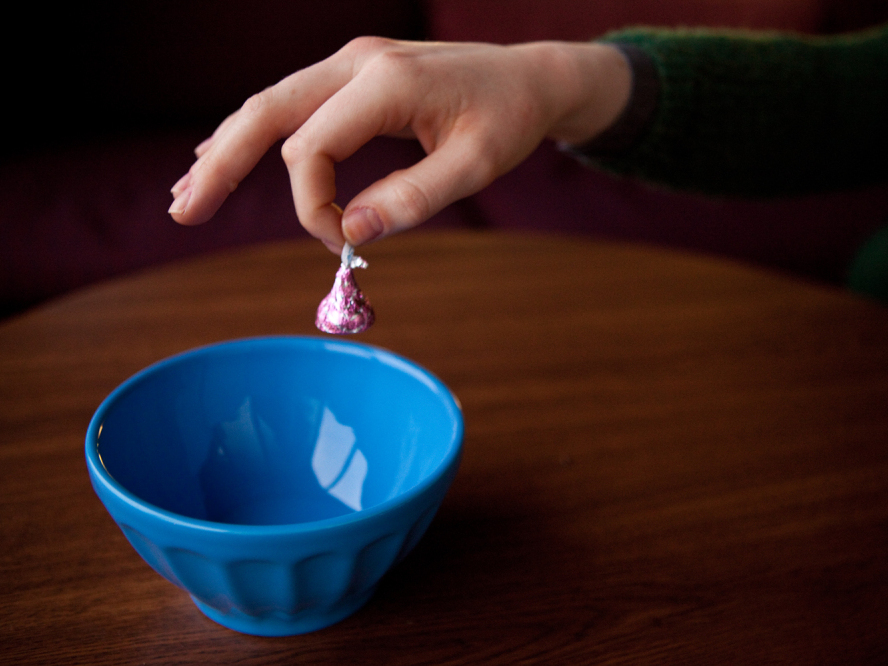 If that Hershey's Kiss is your last, researchers say it's likely to taste better.

It's predictable, and hokey, to bring up chocolate and romance in one Valentine's Day post, but hang on — this is fascinating.

A study suggests that your preferences in chocolate may help explain how you pick out or judge potential romantic partners.

Ed O'Brien, a researcher in social psychology at the University of Michigan, authored the paper. His theory is that our preferences are highly influenced by the moment of choice. And one particularly important moment is the end of an experience. O'Brien's hunch is that we fall for endings or last chances.

"I think in everyday life we do have this expectation that we save the best for last," he says. For instance, when we go to a concert, the best song is often at the end, the encore.

Or, if we know the next installment of a favorite book or series is the last, like the last Harry Potter movie, for example, we get a little more jazzed about it.

"When people are given awareness that something is about to end, they're kind of motivated to make the most of that experience," O'Brien says.

But does this hold true even for something as simple as savoring a last piece of chocolate?

To test the theory, O'Brien and his colleagues approached 52 students on the University of Michigan campus and asked them to participate in a taste test.

They tried a bunch of different kinds of Hershey's Kisses — from almond to caramel to dark chocolate. Then the students rated their favorites.

"So we had a big bag of candy that was covered from the outside and you couldn't see what was in it or how many [chocolates were there]," he says.

In some cases, students were never cued that the fifth chocolate was the last chocolate they'd taste. The researchers simply said, "Here's the next one," all the way through the taste test.

Among these students, the last chocolate they tasted was their favorite about 22 percent of the time.

But another group of students was told that the fifth chocolate was their "last" chocolate. And O'Brien says this awareness — that the whole experience was about to come to an end — made them value the chocolate more.

"The majority of people [64 percent] chose it as their favorite even though we'd randomly distributed the flavors," he says. That's nearly three times as many as the group that didn't get the warning.

A number of other studies, including this jellybean study, show that last things are more intense. One explanation? They're most fresh in our minds. After eating a series of jellybeans, people tended to remember the last one most clearly, and so they rate it as most intense.

O'Brien says he thinks the last-is-best bias may extend to the world of romance and dating.

In a similar study, which he hasn't published, he and some colleagues asked people to rate a series of online dating profiles. And here again, he found there was a big advantage when a person's profile was introduced as "the last one" you'll see today.

"All of the sudden, that person seemed more attractive, more compatible," O'Brien says. People were about three times more likely to pick the last profile when it was framed as "the last" instead of "the next one."

Now, if Brad Pitt — or fancy Belgian chocolate — enters the picture, O'Brien says it's likely that the "bias toward last" would disappear.

But all things being equal? "I think it benefits you to be judged at the end."