Accessibility links
Can A Diet Clean Out Toxins In The Body? : The Salt Dietary cleanses that promise immediate detoxification are all the rage this time of year. But experts say the body is naturally quite good at getting rid of most toxins and doesn't need a lot of help. 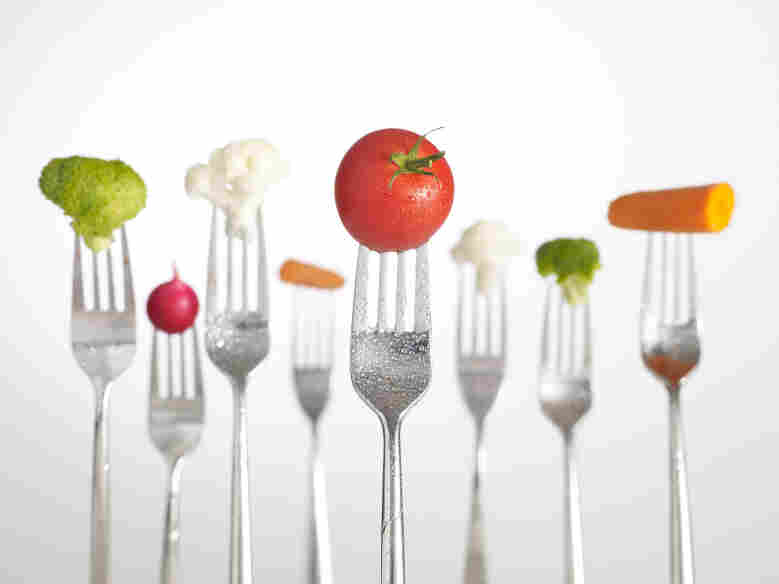 Experts say specialized diets won't help rid the body of toxins any more than what the liver and kidneys already do every day. iStockphoto.com hide caption 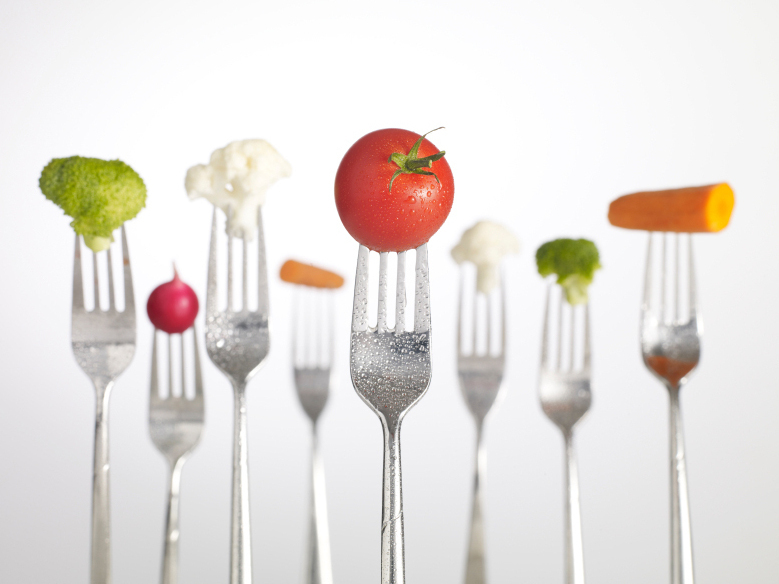 Experts say specialized diets won't help rid the body of toxins any more than what the liver and kidneys already do every day.

Between lingering New Year's resolutions and impending Lenten restraint, it's the season when many people are inspired to get healthy by refusing foods they normally delight in.

"Cleansing diets" trade on this most alluring idea: By limiting our intake of food to a few superpure items, we can free up the body to get rid of all the gunk accumulated in our cells.

There's only one problem with the idea of using food, or a lack thereof, to detox: Medical experts say it's baloney. What's most ironic about the detox myth, they say, is that the body is already quite capable of eliminating toxins – a gift from human evolution.

"The body has its own amazing detoxification systems: the liver and the kidneys," says Ranit Mishori, a faculty member in family medicine at the Georgetown University School of Medicine who has reviewed the medical literature on colon cleanses. "Unless there's a blockage in one of these organs that do it day and night, there's absolutely no need to help the body get rid of toxins."

I happen to know a few people who recently embarked on the Clean Program, a 21-day diet created by Alejandro Junger — who was once called the "detox movement's It Boy." A cardiologist by training, the Uruguayan-born, Los Angeles-based Junger has managed to sell a lot of books (a best-seller titled Clean: The Revolutionary Program to Restore the Body's Natural Ability to Heal Itself) and a lot of dietary supplements to people on his program.

One of Junger's fundamental arguments is that our body is full of toxins we've picked up from food and the environment. These toxins slow us down and make us sick. As Junger recently tweeted, a "main cause of dysfunction in the body is the presence of obstacles [toxins] to the normal functioning of things."

However, Junger writes, it is possible to get rid of them by giving our digestive system a break. That system is normally so busy breaking down irritating foods that it rarely has time to do the hard work of detox. In effect, Junger sees the average body on an average American diet akin to a dirty house that needs an occasional deep scrubbing.

His diet bans a laundry list of foods: dairy, sugar, alcohol, caffeine, gluten, nightshade vegetables, soy and peanuts — all foods he calls irritants to good digestion. His website also actively encourages people to spend $425 on the Clean supplement package, which comes in vanilla or chocolate flavor.

After several years of promoting the Clean Program, Junger has hundreds of devotees who chatter on the Clean forum and elsewhere about feeling marvelous, and indeed cleaner after the program — like this writer from Outside. That group of believers includes such celebrities as Donna Karan and Gwyneth Paltrow, who recently launched her own $425 goop cleanse with Junger.

Despite its heavy restrictions, it's not hard to see why Clean is compelling. Who doesn't sometimes feel icky, or bloated, or displeased with his decision to wolf down a few too many cookies or french fries? And surely there's a benefit to eating a lot more fruits and vegetables.

But will that change in diet really push out toxins?

"The body is constantly filtering the toxins in alcohol, food and medicines, not storing them," Boston dietitian Maria Adams tells The Salt. "So they're not going to build up. I think the reason people feel better on a cleanse is probably just they're losing weight and are less bloated."

It's true there are plenty of very real toxins in the environment we could be exposed to: the ultrafine particulate matter we inhale from dirty air, asbestos from old homes, or heavy metals like lead or mercury. Unfortunately, there's really no easy way to get these toxins out. Chelation therapy may work for some metals, but particulates in our lungs are probably there to stay, says Mishori. "A lot of these are irreversible," she says.

So why, despite the science, does the idea of cleansing with food remain so powerful?

"We live in an era where there are daily assaults on our psyche and body, so cleansing may give you a false sense of getting the gunk out," says Mishori. As for psychological gunk? Try a little exercise and nature, she says.