Accessibility links
Goodbye To The King Size: Mars To Downsize Candy Bars In 2013 : The Salt Candy-maker Mars says it's setting a 250-calorie limit for all of its candy bars. That means a regular Snickers bar will lose 30 calories and the king-size bar will be no more.

Goodbye To The King Size: Mars To Downsize Candy Bars In 2013

Goodbye To The King Size: Mars To Downsize Candy Bars In 2013 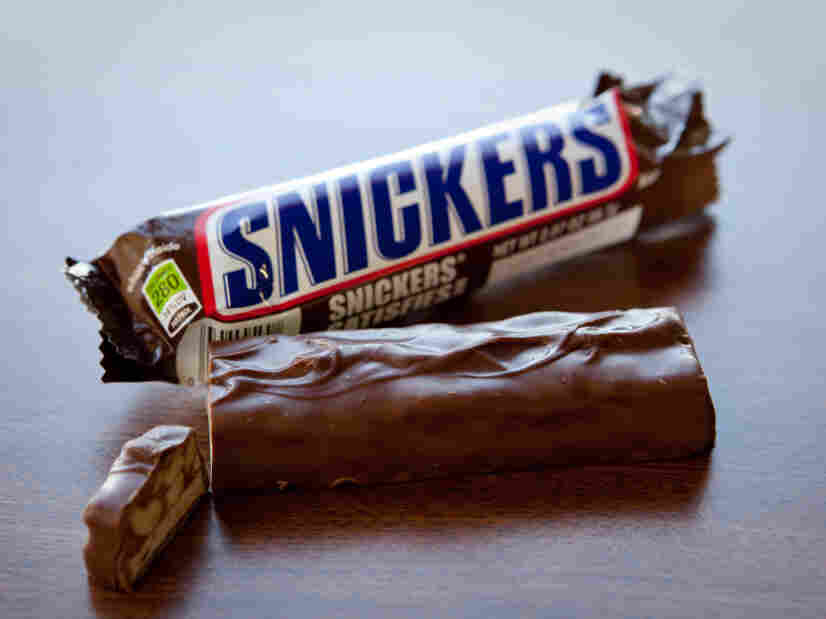 By the end of 2013, Mars says it will shave 30 calories, or about 11 percent (approximated here), off the current version of the Snickers bar. John Rose/NPR hide caption 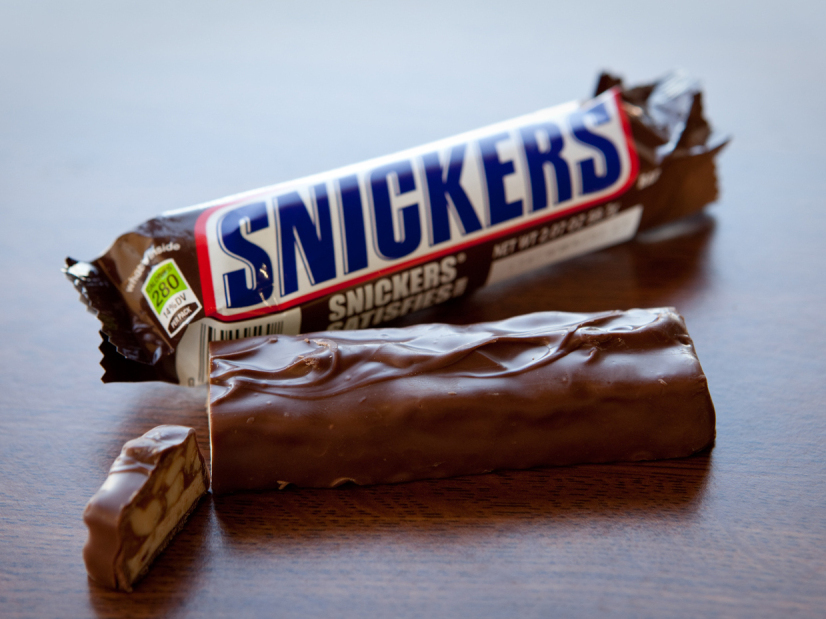 By the end of 2013, Mars says it will shave 30 calories, or about 11 percent (approximated here), off the current version of the Snickers bar.

Ready to say goodbye to a sliver of your Snickers? And how about a slightly slimmer Mars bar? By the end of 2013, chocolate-maker Mars says all of its chocolate bars will be under — or right at — the 250-calorie mark.

The company tells The Salt it will be replaced with bags of two or four smaller bars. The idea is to "enable sharing or saving a portion for later," according to a Mars spokesperson.

With all the fixation on our civilization's expanding waistlines, it's not that there are bad foods, just big foods. That means you won't be seeing lower-calorie chocolate or caramel — just less of it.

And the company says it wants to be an industry leader, helping its customers enjoy "responsible snacking." It sort of reminds me of beer manufacturers' campaigns for responsible drinking.

The candy-maker says that it's not clear what size or shape the change to the regular bar will take. In other words, it could get skinnier and keep its length, or go shorter and stay a little thicker. But, the spokesperson says, "we will always preserve the great taste that consumers love."

And not all its candies will be forced to downsize. Other favorites such as the Twix bar and M&M's already fall within the 250-calorie limit.

What do you think? Will you miss those 30 calories and the king size bars, or not?