Accessibility links
Yes, There's Arsenic In Your Rice. But Is That Bad? : The Salt Toddler formula and other organic rice products have surprisingly high amounts of arsenic, according to a new study. But since there's no federal standard for arsenic in food, it's impossible to say how much is OK. 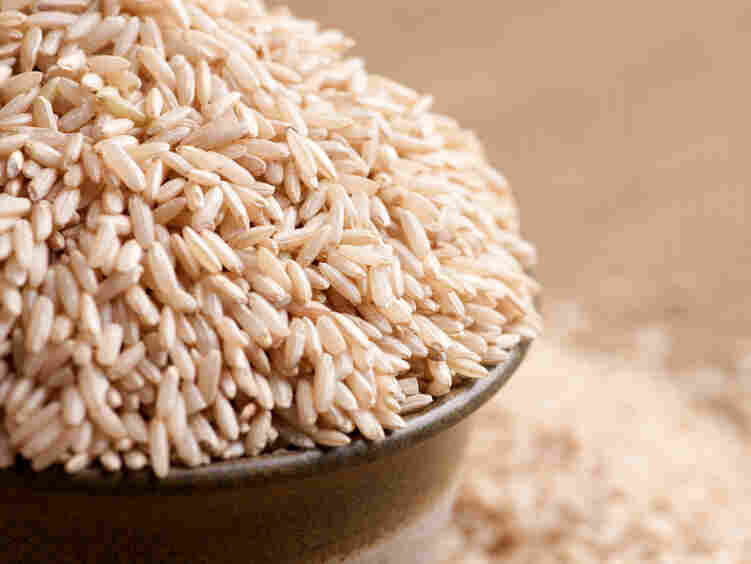 Rice plants absorb arsenic from soil, and some if it makes it to the bowl. iStockPhoto.com hide caption 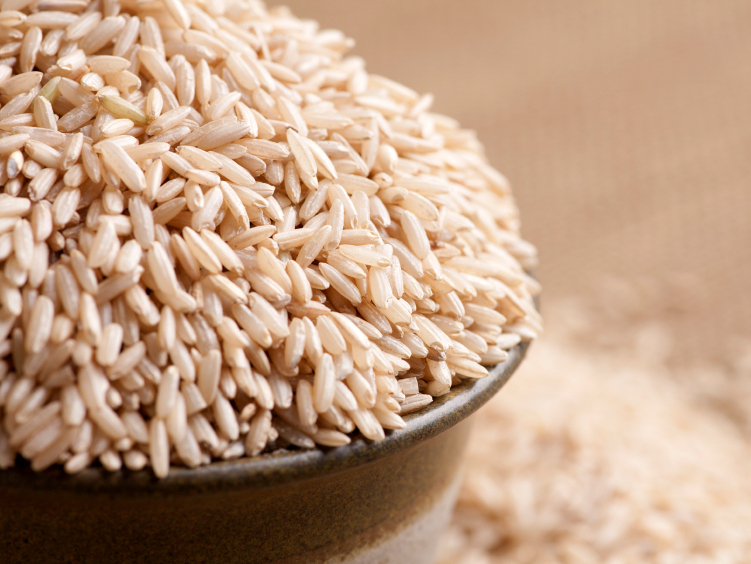 Rice plants absorb arsenic from soil, and some if it makes it to the bowl.

Is there arsenic in your rice? Probably. That's the news behind a study that found surprisingly high levels of arsenic in rice-based organic toddler formula and energy bars.

One toddler formula with organic brown rice syrup as the primary ingredient had arsenic concentrations six times the federal limit of 10 parts per billion for arsenic in drinking water.

Cereal bars that contained rice products like brown rice syrup or rice flour had arsenic levels ranging from 23 to 128 parts per billion, according to researchers at Dartmouth College, who tested the products.

There are no federal limits for the amount of arsenic that's acceptable in food. So it's impossible to know if eating arsenic at these levels is a problem.

"For people who just occasionally eat cereal bars, I don't see a problem," says Brian Jackson, the analytical chemist who led the study, which was published today in Environmental Health Perspectives.

"But for the toddler formula, until we know what a safe arsenic concentration is, I'd recommend discontinuing that formula," Jackson told The Salt. That's because young children are more susceptible to chemicals because they are still developing, and their bodies are much smaller than adults.

People on gluten-free diets who eat a lot of rice-based foods should try to diversify their grains, Jackson says. But he says what's really needed are federal standards for arsenic in food.

He says brown rice tends to have more arsenic than white rice, but that arsenic levels vary greatly depending on where and when rice is grown, and there's as of yet no measure of what types of rice are more likely to have low levels.

So why is arsenic in rice?

The plant apparently has an affinity for arsenic, a toxic element that occurs naturally in soil and groundwater. "It turns out that rice needs to take up silica," Jackson explained, "and in paddy conditions, arsenic is chemically very similar to silica."

Arsenic in drinking water has been studied for a long time; it's a big problem in Bangladesh, and also can be an issue in the United States. Exposure can cause thickening and discoloration of the skin, stomach pain, numbness in hands and feet, partial paralysis and blindness, according to the Environmental Protection Agency. Arsenic also increases the risk of bladder cancer and other cancers.

Only in the past decade have researchers been looking at whether arsenic also makes its way into food. Andrew Meharg, a professor of biochemistry at the University of Aberdeen, has been charting exposure for people in Southeast Asia, who eat rice every day. He found that because arsenic-tainted wells are used to irrigate rice paddies, the amount of arsenic in rice has increased tenfold in some areas of Bangladesh.

Last December, Jackson published a study that found that pregnant women in New Hampshire who ate rice were more likely to have arsenic in their urine. Each gram of rice consumed was associated with a 1 percent increase in total urinary arsenic.

They say that eating about a half-cup of cooked rice daily was equivalent to drinking a liter of water with arsenic at the maximum 10 parts per billion level considered safe by the EPA. But that standard was set for water, which people drink a lot of every day. So it's impossible to extrapolate risk from that to one food.

Arsenic also shows up in apple and grape juice, according to tests conducted by Consumer Reports. As a result of those tests, earlier this month legislation was introduced calling for the Food and Drug Administration to establish standards for arsenic and lead in fruit juice.