Accessibility links
How Using Antibiotics In Animal Feed Creates Superbugs : The Salt Researchers have shown how a bacterium resistant to antibiotic treatment passed from humans to pigs to humans. And now the new resistant human bug appears to be spreading beyond people with direct exposure to livestock. 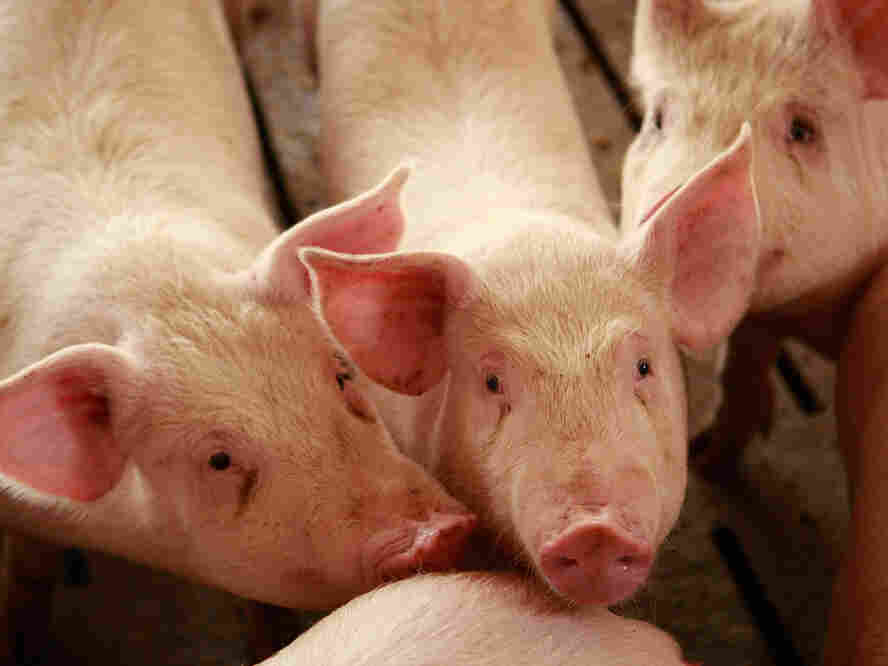 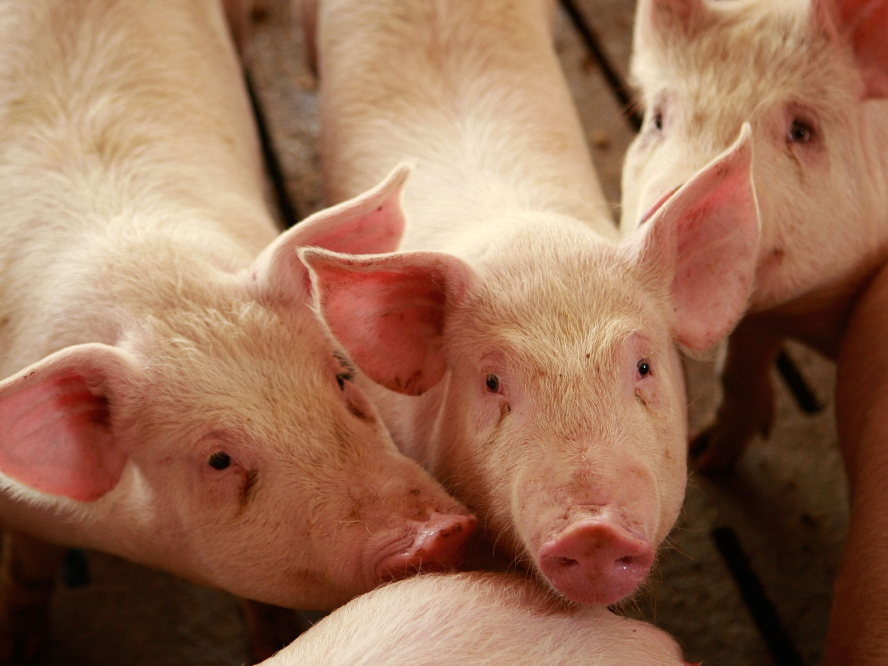 Many livestock groups say there's no evidence that antibiotics in livestock feed have caused a human health problem, but researchers beg to differ.

Researchers have nailed down something scientists, government officials and agribusiness proponents have argued about for years: whether antibiotics in livestock feed give rise to antibiotic-resistant germs that can threaten humans.

A study in the journal mBio, published by the American Society for Microbiology, shows how an antibiotic-susceptible staph germ passed from humans into pigs, where it became resistant to the antibiotics tetracycline and methicillin. And then the antibiotic-resistant staph learned to jump back into humans.

"It's like watching the birth of a superbug," says Lance Price of the Translational Genomics Research Institute, or TGen, in Flagstaff, Ariz.

Price and colleagues in 19 countries did whole-genome analysis on a staph strain called CC398 and 88 closely related variations. CC398 is a so-called MRSA, or methicillin-resistant Staphylococcus aureus, that emerged within the past decade in pigs and has since spread widely in cattle and poultry as well as pigs.

The genetic analysis allowed the study authors to trace the lineage of the livestock bug back to its antibiotic-susceptible human ancestors. Price says it shows beyond a doubt that the animal bacterium jumped back into humans with close exposure to livestock.

This "pig MRSA" has been detected in nearly half of all meat sampled in U.S. commerce, according to the American Society for Microbiology. Most staph found in meat can be eliminated by cooking food well, but it can still pose a risk to consumers if handled unsafely or if it cross-contaminates with other things in the kitchen.

Price told The Salt that the new resistant human bug appears to be spreading beyond people with direct exposure to livestock.

"Initially we could always trace it back to livestock exposure," Price says. "But now we are starting to see cases of resistant strains that we can't trace back. So we think it may be changing gears, so to speak, and gaining the capacity to be passed from person to person."

Price says the new data provide an early warning of what might become a major public health problem.

"We're seeing this one coming," he says. "The question is how often will this occur in the future if we don't start controlling antibiotic use?"

So far, the proportion of human MRSA infections due to this livestock-derived strain is small. But in some areas of the Netherlands, it's causing as many as 1 in 4 human MRSA cases — suggesting that it has the potential to spread extensively.

Paul Keim, another study author, says the report shows that "our inappropriate use of antibiotics ... is now coming back to haunt us." He says the solution is clear — banning antibiotics in livestock feed, as the European Union has done.

Most antibiotics sold in the U.S. go to animals, mostly in their feed, where they act as a growth promoter and damp down infection outbreaks in large feedlots.

"Most informed scientists and public health professionals acknowledge that the problem of antibiotic resistance in humans is overwhelmingly an issue related to human antibiotic use," the American Meat Institute says.

The new report adds fuel to the long-running debate about antibiotic use for livestock, and the government's responsibility to regulate it. In December, the FDA withdrew a 1977 proposal to remove approvals for two antibiotics, penicillins and tetracyclines, used in livestock and poultry feed. It said it would focus instead on "voluntary reform" by the meat industry to limit use.

Then in a partial reversal in January, the agency said it would ban one class of antibiotics called cephalosporins from animal feed.