Accessibility links
Raw Milk Movement Takes Hits From Courts, Health Officials : The Salt This week, a court backed the federal government's move to block the sale of raw milk across state lines. That followed a report from federal health officials, which found that the majority of dairy-related illness comes from raw milk. But raw milk advocates say sale of the product should still be legal nationwide. 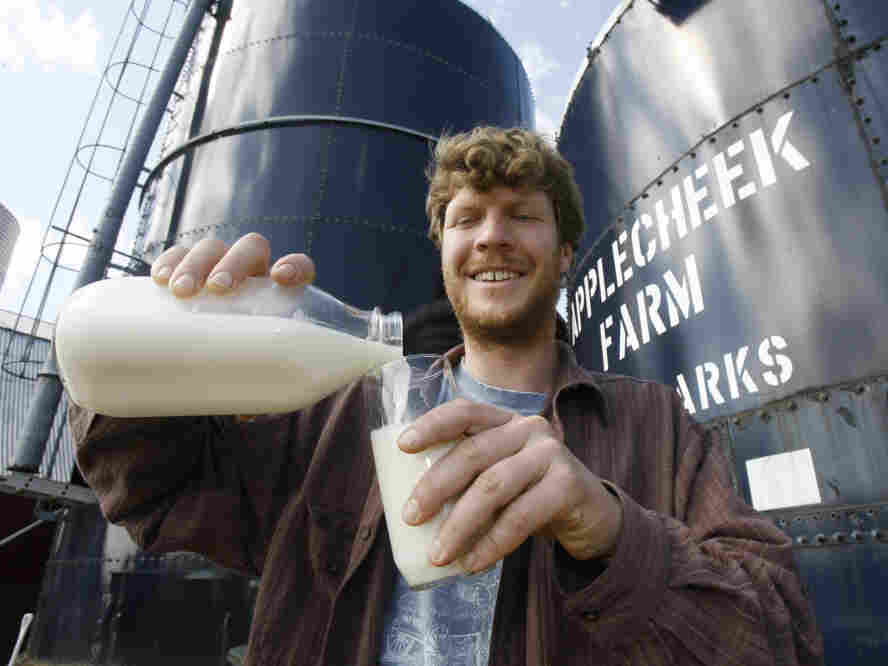 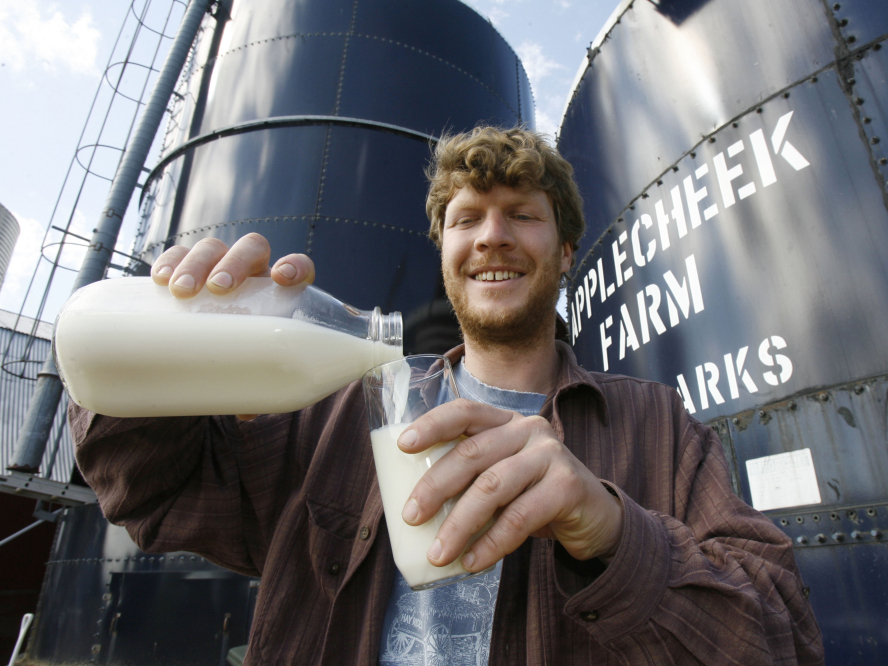 It has been a bit of a sour week for drinkers of raw milk.

Yesterday, the U.S. Food and Drug Administration said a federal court had granted it a permanent injunction to keep a Pennsylvania raw milk maker from distributing across state lines to raw milk buying clubs. The decision was the latest in an escalating battle between the federal government and producers and consumers of raw milk.

About 30 states allow the sale of raw milk products in some form. Some consumers who live in places where it's outlawed are passionate in the belief that unpasteurized milk confers health benefits. So many resort to buying clubs and other strategies. Some even buy it labeled as pet food.

On Tuesday, the U.S. Centers for Disease Control and Prevention also threw a heavy dollop of concern into the mix with a study showing that most disease outbreaks linked to dairy products are caused by raw milk.

The study, published in Emerging Infectious Diseases, looked at 121 disease outbreaks caused by dairy products between 1993 and 2006. It found that raw milk products caused 60 percent of the outbreaks, 84 percent of the hospitalizations, and 2 out of 3 deaths. The rest came from pasteurized milk.

The study also found that states where the sale of raw milk was legal — states like Pennsylvania — were twice as likely to have outbreaks as states that don't allow it. The outbreaks were all caused by bacteria, such as E. coli O157, which can lead to severe illnesses, according to the study.

And these outbreaks are not a thing of the past. Just this month, public health officials in Pennsylvania reported that Campylobacter, a bacterium that causes diarrhea, found in raw milk sickened 38 people in Pennsylvania and three other states. Still demand there is soaring: The number of Pennsylvania farms with permits to sell raw milk has grown to between 130 and 150, PennLive reports.

But advocates of raw milk, cheese and yogurt say it should be legal nationwide. And they've been stepping up their lobbying efforts with protests in Washington and petitions to the White House. They contend that raw milk is superior to pasteurized milk because pasteurization — which heats milk to 161 degrees Fahrenheit to kill microbes — kills nutrients like beneficial proteins and enzymes.

Food safety experts say that's true, but they counter that the same nutrients are readily available in other foods, and so raw milk should not be considered a unique source of nutrition.

The Weston A. Price Foundation, a raw milk advocacy group that has organized "raw milk freedom rallies" and other actions, claims 3 percent of the U.S. population — or 9 million people — drink raw milk products. And the group says that the CDC study should not scare consumers away from raw milk because the rate of foodborne illness from dairy products is still very low relative to other foods.

"Whether pasteurized or not, dairy products are simply not a high-risk product," said Sally Fallon Morell, president of the foundation, in a statement.

Fans of raw milk cheese argue that pasteurization can ruin flavors of prized items like blue cheese. One way raw milk cheese makers get rid of microbes is by aging it. Most raw-milk cheese sold in the U.S. is aged for longer than 60 days.

Still, the CDC argues that the high number of outbreaks in recent years from raw milk products suggests that they should be outlawed nationwide. And it warned states that allow the sale of raw milk that they can expect more outbreaks in the future.